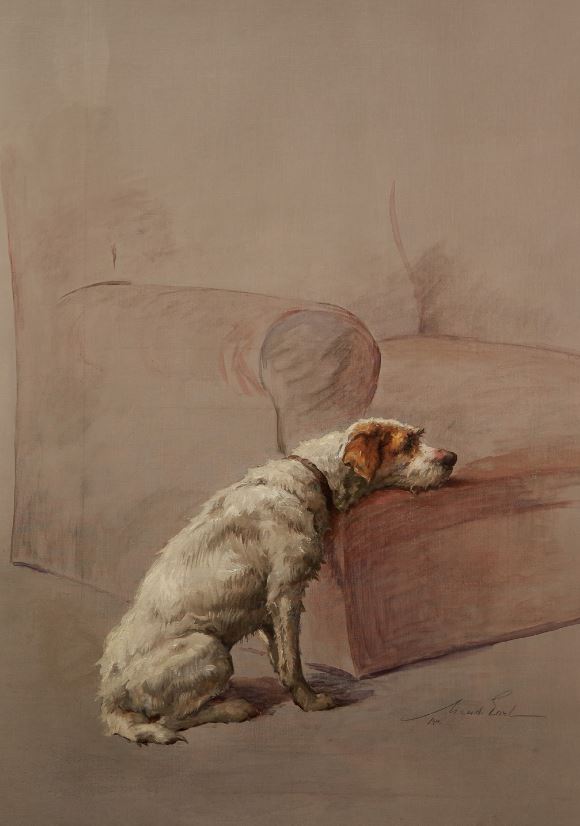 Just recently I caught sight of an unusual bumper sticker attached to the rear of a motor vehicle. Such adhesive labels may give voice to some perhaps sincerely held belief or virtuous display of indignation. What was printed on this sticker?

“MY DOG IS A DEMOCRAT”

I was bemused with the expressed sentiment. There is a definite ambiguity in its implication. My first thought was to imagine that this was a motorist who disapproved of the Democrat ideology. They were poking fun at those whose world view centers around what some people, not unrealistically nowadays, characterize either as the party of pillage or the party of ‘freak shows.’ But on consideration, and after discussion with my wife, I came to the view that the owner of the vehicle and of the dog was in fact a strong supporter of the the D party. So I had been barking up the wrong tree.

Of course, different dogs may have different feelings, and truly I did not know which breed this canine prodigy belonged to. Does an Afghan Hound speculate as confidently as a Yorkshire Terrier or indeed as any run-of-the-treadmill mongrel? Some varieties may not have a dog in this fight, but then again some Democrats may not. Indeed, perhaps they are not all barking.

I am not sure if the dog thinks about the increasingly widespread assault on objective reality launched by elements within the destructive left and the religion of peace; temporary allies in the quest to destroy any conclusion based on reasoning and with it the world too many have taken for granted. Perhaps the person who buys the kibbles can tell us.

And on the face of it, belief by a vehicle owner that its animal passenger is a co-conspirator in newspeak is verging on hyperbole. Why would any human being claim that their favorite canine friend enjoyed such a peculiar set of convictions?

Could we interview this prodigy of suburban sidewalks what questions would we ask of it? And what answers would it give, had it the capacity to respond? Below are some questions that might be asked of pooches to ensure they are in full compliance with the superstitions of Dog-Park Debbie.

We could ask, for example, what beliefs or feelings (because feelings are paramount here) it has about the still-raging cult of ‘climate change.’ (Oh, for heavens sake, please, please give it a rest. Stop genuflecting to the green-blob cult.)

Does Fido have access to the newspapers, weather reports and statistics of the last 150 years so that it can make an informed and reasoned conjecture? When it claws at and salivates on the news industry’s now much atrophied paper products in a frenzy of playfulness it may learn something; but does its mistress? But then again, the propaganda industry fails to include any such facts that might ruffle the feathers of its readership.

Does Fido have knowledge about the work disincentives created by tax hikes or the sticker shock caused by money printing? Further down the ‘freak show’ ladder I think we should expect to get a reasonably thought-out response to our questions about drag queen story hour, transgender bathrooms and gender-sensitive pronouns. I would fain ask the mutt if it could distinguish between those who possess a quim and the other half of humanity who possess a quiddle. Some pet pamperers might not, as evidenced by a recent appointee to the US Supreme Court who appeared resolutely ignorant of such nice distinctions and even failed to provide a definition of the archaic word (trigger warning!!) ’woman.’ Seriously, if such a brilliant, highly competent birthing person at the top of xer game does not know, what hope is there for the rest of us, let alone the dog portion of humanity?

Other important topics of the same ilk include the up-and-coming fashion to ‘normalize’ pedophilia and other luxury sentiments. Does doggy have any opinion? Does it read the NYT or WP or pay attention to the ad nauseum catalog of media cranks and spiteful race hustlers?

The use of language to conceal and corrupt is another area where the wunderkind doggie may be expected to give valued instruction. For example, does it know how to obfuscate the difference between the phrases ‘died of’ and ‘died with’ in order to help disseminate fear about the Wuflu virus? Since some people and their pets are concerned with sensitive pronoun use are they not also obliged to render the same sophisticated judgements about any parts of speech which might just offend someone somewhere? Does doggie bare its fangs and snarl at any of a long and growing list of insensitive terms? If so, it must have developed a keen nose for justice.

I imagine this four-footed friend has felt deeply and thought carefully about the implications of using the Department of Justice to attack political dissenters or the political opposition. And what about the weaponization of grievance underpinned by the sinister ideologies of the corporate and academic dominions?

The answer to all these questions may be ‘I don’t know’ in dog language; it just doesn’t know—like its keeper.

Since anyone can learn how to be an ‘offense archeologist’ how about asking our merry mutt about pet projects (no pun intended) of the Democrat Party of yore, for example, slavery, the Ku Klux Klan and later offshoots such as the Jim Crow laws. Knowledge of this is kept out of bounds by the activist and largely fraudulent press whose purpose appears to be to make the ignorant more ignorant and the crazy crazier—to gloss H.L Menken.

You’ll notice that the responses of the waggy-tailed subjects are about equally well considered as those of their human colleagues—or vice versa. Confusion reigns, and if we are not careful we will all go to the dogs.

Coincidentally, my wife and I were taking an evening stroll in our neighborhood when three dogs managed to snub their muzzles at the local leash laws and came yapping towards us. I asked them in perfectly good English what their feelings were about the current US Administration’s policies on the student debt-forgiveness bribe, porous borders, and the reasoning behind inflating the money supply. They commented rather perfunctorily, mostly woofing and snarling. I was about to ask them about ‘the current thing,’ but unfortunately one took a bite through my wife’s Levis, necessitating a visit to the local ER and thus precluding any further discussion, such as it was.

There are so many more questions we could ask the dog and its Karen, especially those which touch on the need for inclusive safe spaces and ‘diversity’ training. But it is in the field of simple arithmetic that we can expect excellent answers; canines really come into their own here.  Many know, as do their masters and mistresses, that two plus two equals five, having been instructed by O’Brien in a laboratory setting.