A Colorful Plastic Blow-up Parrot is Not a Pencil Sharpener 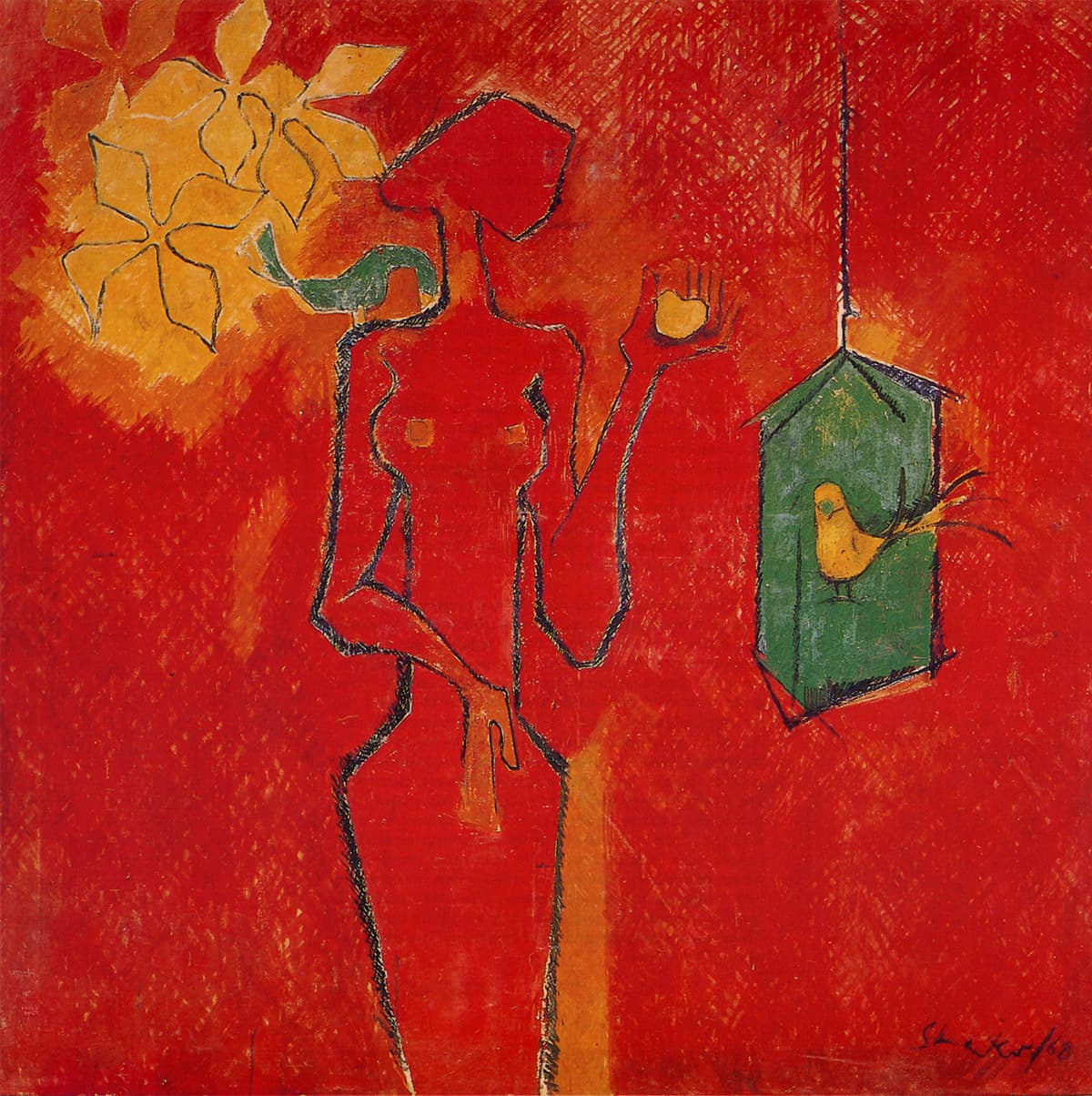 What distinguishes leftwingism and its magical offshoots from a more constrained and logical view of the world? This question often arises in diagnosing socialist-style mental illnesses. Below are some strange failures of elementary logic that I have discerned peeping out from behind a curtain of certainty. True, some folly is an expression of the hyperbole issuing from the keyboards of the witless. But bear with me. A case can be made that some adults with high-status qualifications are incapable of grasping very basic logic. In rejecting the Law of Identity elaborated upon by the ancient Greeks, some of our over-credentialed babblers lack the discernment of five year olds. I think most of us know that a thing is not the same as another different thing. For an object to have one identity means that it cannot have a different identity. For example, a dog is not a kangaroo, and a toothbrush is not a can of tuna fish. Violations of this law involve the logical fallacy of equivocation, which fallacy no doubt few among us are guiltless of occasionally crafting—in subtle ways at least. Equivocation, though, is a useful tool of sedition; it is a practiced rule for radicals, honored more in the observance than the breach.

For example, and anecdotally, a Professor of English and American Literature recently offered me his opinion about the barrier that Israel had constructed to keep out terrorists and various other promoters of the religion of peace. He was “deeply offended” by that sovereign nation’s attempts to keep out such lovable practitioners of charitable causes. No doubt, this position was symptomatic of garden-variety anti-Semitism. This is par for the course among many who have spent too much time at institutes of higher learning. But what astonished me more was that he compared the Israeli barrier to, yes, the Berlin Wall. I would hazard, that most young children can spot the difference between a wall that keeps people out and a wall that keeps them in. This is not difficult. What part of this professor’s mental space was taken up with similar forms of idiocy? Probably, at least several of the equivocations mentioned below.

For example, a recent addition to the growing list of specimens of cognitive arrest propounded by the professoriate is the belief that a very Caucasian looking female is also a Cherokee Native American with “high cheek bones.” These are different things. They are not the same thing. Those who postulate such intriguing ideas may have the soundtrack from Dumb and Dumber rumbling on some permanent loop across their corpora callosa.

Here is another example of a curious failure of logic. Eco drivelists exhale gobbets of carbon dioxide claiming that skepticism about something they call “Anthropogenic Global Warming” is tantamount to Holocaust Denial. This argument is so specious that a school child could easily see through their game since it is simpler than the Sesame Street chant “one of these things is not like the other.” These two things are not the same! While highly insulting to real victims of Nazi genocide, alive or dead, this gambit allows such sophisticates to show off their virtue doubly. They derive much joy from this spreading of self-righteous mumbo jumbo about the rapidly approaching end of the world. At the same time, they can extract for themselves a small portion of treasured victimhood from HaShoah, while snuggling up to those of a jihadist mindset who deny it occurred and yet celebrate its attempted destruction of Jewry.

Here, the famous quip variously attributed to JBS Haldane and Werner Heisenberg seems pertinent. “Not only is the Universe stranger than we think, it is stranger than we can think.” Perhaps a new variant can be put forward, “Not only are many credentialed academics and political hacks more fatuous than we think, they are more fatuous than we can think.”

Some of our betters have maintained that President Trump is literally Hitler. True, their frustration at having their socialist mendacity stymied, for the time being at least, gives rise to hyperbole. But such is the level of education of some of these stalwarts of stupidity that perhaps they only have a vague idea of the Nazi program of ethnic genocide and lebensraum, let alone the vast background of history implied. They have conjured up a new meaning for “literally.” I contend that it is not an abuse of the dictionary definition of “literally” to point out that those who believe this canard are literally cortically challenged. Those who snort like blue-ribbon hogs at a county fair should be wary of using language that their intractably bad schooling has denied them access to..

Further, these people lack the ability to distinguish between figurative or commonplace exaggeration and literal speech: in other words common locutionary practice. At what age do children start to disentangle irony and verbal humor from more literal speech? I’m guessing that the average eight-year old can appreciate the difference. So, for example, when the President recently claimed that the hamburgers he delivered to a sports team at the White House were piled up a mile high, an influential opinion paper in the nation’s capital actually fact checked his claim. What do they teach to the youth in Journalism “School?” As the prince in Dostoyevski’s The Idiot says to a fellow character who has failed to make an elementary distinction about criminal behavior, “And recollect—it was a youth, at the particular age which is most helplessly susceptible to the distortion of ideas!” But apparently, not only youths.

A favorite practice of our poorly- informed betters is to elide the difference between equality of opportunity and equality of outcome. Seriously? This one is hardly worth mentioning except that the failure to distinguish these usages is a staple of left-wing talking points. The word “equality” is tossed around like junk mail at a postal service sorting center. It is perhaps debatable which word, “racism” or “equality,” has more purchase on the cognitive output of the radical left.

At the risk of cataloging the obvious, here is a tiresome example of the attempt to make two very dissimilar things equivalent. Feminazis and their enablers are fond of lumping together as moral equivalents abortion (especially so called “late-term” abortion) and the execution of those found guilty of murder with malice aforethought. Regardless of one’s viewpoint about the ethical “utility” of the death penalty or abortion, these two things are patently not moral equivalents. The “thought process” of these people seems to be something like; “Ok, you say it is acceptable to, like, legally kill someone who is, like, guilty of a dreadful malicious murder or series thereof not letting someone else live), well we think it is acceptable to, like, kill an innocent helpless unborn baby who, like, hasn’t committed – oh I lost my train of thought since, uhh like, uhhm I, and because shut up.”

If you dare to mention that the holy books of the religion of peace are full of bloodcurdling threats and demands for violence and killing of the kafir, the retort of the uninformed will inevitably be something along the lines of “Well that kind of violence is in the Bible too, pssst, especially the Jewish bits.” Here, the failure of logic is in part at least a failure of knowledge. The utterer is displaying the fact that he is unfamiliar with both Judeo-Christian scripture and the Tales of Mahound. Clearly, the concepts of description, prescription and exegesis are beyond his or her grasp. This was brought home to me recently when an individual who had fallen for fantasy Islam became virtue-exercised about the story of Abraham and Isaac. Not exactly an embryonic Kierkegaard, then.

This list keeps on growing. Surely it is as obvious as meat on a plate that there is more than a subtle difference between legal and illegal immigration. When radical loons use this sleight of speak, they surely recognize that they are obfuscating. Do any normals fall for this? Somehow I doubt it. But out there in the wilds of news- consumer land, exist dupes whose logic is weak to nonexistent. They tend to have been subjected to a tertiary level education, of course, although this is neither a necessary nor sufficient condition for believing nonsense. Again, elementary logic is absent. Schiller is often quoted as remarking, “Against stupidity the very gods themselves contend in vain.” This quote deserves to be better known in the face of the idiocies of today’s leftism.

Read more in New English Review:
• Memory Gaps
• O Words, Where Are Thy Sting?
• Is Solipsism the Weirdest Idea Ever?

There is also a difference, not difficult to detect, between the behavior of criminals using guns and law abiding gun owners. But, those who would undermine our second amendment rights think that guns cause crimes. Oh, I get it; just like spoons and forks cause people to eat. In which case, the current obesity epidemic is a function of eating utensils being permitted to the food-consuming public without the need for a background check.

Someone once cautioned that we should never ascribe malice to that which can be ascribed to stupidity. So Occam’s Razor can be posited to argue that mostly stupidity is to blame. While Occam is a useful tool in disentangling the weeds of thought, more likely is it that stupidity and malice are intertwined like the snakes coiling around the staff of Caduceus. Perhaps the tails of the snakes are embedded in stupidity, but the heads are spitting the venom of malice. So, when O’Brien holds up four fingers and tortures Winston Smith into seeing five fingers, this is malice pure and simple. Orwell would have been despondent to realize that his prescient writings would be excavated by elites as blueprints for their utopian ideas. The fantastical and deluded prattlings of newly-minted people’s representatives may be gaining traction one creepy step at a time.

PrevDecember Song: The Ordeal of Poetry in a Secularizing Society
BrooklynNext