A Dumb Elegy and 2 More 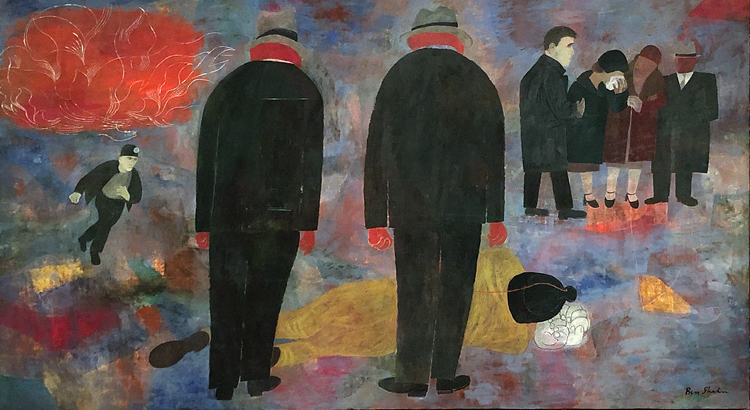 One cane, two legs that function at half-power. The cap that covers the crown, and the hair hangs down too long to disguise its withered energy, Finnish snow white and flicking on the wind. Every edge of every paving stone is an enemy at this age, walking down Dilapidation Row off the High Street, young ones on their phones, pushing their children in rattling plastic prams, the boys with footballer names, the little girls with porn star names, or something else genderlessly unpronounceable. Shouting from teenagers, roars of hatchbacks, nattering out of salons and nail bars and butchers and betting shops, mumbles from outside smokers in the loose arms of a pub, the gutters full of rubbish and cans and tears and mud and fag-ends. A wide wind rumbles the bones beneath the worn corduroy coat—but don’t despair yet! That is until a paving stone edge finally gets you—FLAT SPLAT! The boom of a thin chest hitting the ground like the broad side of a bag of beans. There is shock, quiet anguish, the broken eggs at the side, an omelette never to be made. And they all crowd around you now at your fall, and they wonder: what to do, what to do … “All right love?” asks one nearer your own age, but the inner wind has been knocked out of you too much to offer a cogent answer. And the crowd continues to grow, until it feels as though the entire country has gathered around this faded prone form. Calls made, laughs exchanged, heads scratched and re-scratched. They wonder and wonder still, on and on: what to do, what to do … but it’s already too late. It’s for far long been too late.

A Mug of Beer

You can recall those days: when a pint was fifteen minutes of work at minimum wage and the crisps weren’t all so bloody fancy. Handshakes and high slaps, maybe even a hug—but hopefully not too often. The walls were stained with sweat, and the tables carved with initialisms or penned with numbers which you could call and receive alien tones in response. You could spend two hours talking about things you knew little about, or with information you knew was spurious, but it didn’t matter. The pool table needed rebalancing, but it was only a fifty pence piece for a slither of action, the clacker of enamel, and the jukebox didn’t have every Sam & Dave song you wanted, but it was good enough with that mysterious crack running through the screen as though to say to you: I’ve been here a long time son, and seen it all, so don’t mess with me … And putting on Charles Mingus or Brian Eno was always a way to get people talking, usually with the “s-word” utilised a good deal—a thorough Wyatting! You could go outside when it got too hot, to choke in the cold and the smoke, coats pulled tight, hands tight against glass until shattered on the floor in a brutal row, and being thrown out at two in the morning because the guy with the nose piercing and the incomplete tattoo sleeve has to go home at some point. You can think back to the times between the blackouts and the simple deterioration of memory, and you can remember what ‘memory’ is.

A former Rhysling nominee, Harris Coverley has had over two hundred poems published in journals around the world, including California Quarterly, Star*Line, Spectral Realms,
Silver Blade, The Crank , Corvus Review, Apocalypse Confidential, View From Atlantis, and many others. He lives in Manchester, England.