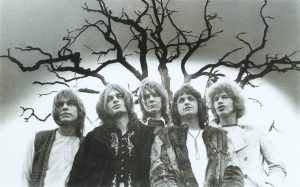 There are periods in which a specific art reaches its zenith, after which it declines, at times even disappears. Church-building, for example. Compare and contrast a gothic cathedral—Strasbourg’s, Toledo’s, Milan’s, Canterbury’s, Cologne’s, take your pick—to a church built in the 21st century, assuming you find one, as new churches are hard to come by in our theoeccentric societies. Or composing, in the context of what we call “classical music”: when Beethoven died in 1827, the idea of picking up where he had left off must have been more than daunting for all composers. And in retrospect, how do Berlioz, Bruckner, Debussy and many, many more keen practitioners compare to Ludwig? As for sculpting, after marveling at Bernini’s masterpieces in Rome’s Villa Borghese, could anything better than that realistically be achieved in the same medium?

The examples are many. But while it is only too achingly obvious that Gothic cathedrals are infinitely superior to recently built churches, when it comes to pop music, still a relatively recent phenomenon, it too peaked a few decades ago, and what is produced today doesn’t just pale in comparison—there simply cannot be a comparison.

Old songs now represent 70% of the music market in the U.S. And there is more: the new-music market is shrinking. Why? Because people, millennials included, have realized, whether consciously or not, that pop music from the 1960s and 70s and, to a lesser extent, 80s and 90s (the latter decade even less so), is so much better than contemporary productions, they just go back and listen to the classics.

After The Beach Boys released Pet Sounds (1966) and the Beatles their own version of it, Sgt. Pepper’s Lonely Hearts Club Band (1967), the world realized that, even within a pop context, songs far more complex and adventurous could be successfully fed to listeners. Brian Wilson, who had perfect pitch, had forever been an avid and omnivorous student of music; as for The Beatles, their unofficial fifth member, George Martin, infused their music with the sophistication and expertise of his classical studies. Between 1966 and 67, rock’n’roll came of age: from Elvis Presley and Buddy Holly to Pet Sounds and Sgt. Pepper’s Lonely Hearts Club Band only a decade had elapsed, yet by then pop music, while still immensely popular, had become surprisingly cultured, creative and sophisticated. As early as in 1969 King Crimson released In the Court of the Crimson King, an album at once complex, idiosyncratic, ferocious and tender, in short, riveting, that de facto ushered in a new genre: progressive rock.

“Prog rock”, as it became known, was an eminently European phenomenon: English, but also German and especially Italian, because its roots were no longer to be found in the blues, as with American rock, but rather in classical music, jazz, folk, and all sorts of other influences. The first generation of prog rock did not last long: in 1976 The Sex Pistols rebelled against it, heatedly claiming the right of being boorish blokes who could not even play their instrument of choice, but happy to shout into a microphone and sport multicolored hairdos. Prog rock’s self-indulgent solos were out; its longwinded, allegedly “deep” lyrics were out, too; all the “dinosaurs” of the industry were despised. Rock had to go back to its roots: three-chord, three-minute songs: anything other than that was pretentious rubbish. The proletarians demanded to be proletarians, suitably uncouth and uncultured. (Actually, in 1979 Pink Floyd had a huge success with the album The Wall, but by and large by then young people had moved on to simpler stuff, the New Wave—with at least two prominent bands among its representatives, The Police and the short-lived Television, who were essentially “prog guys doing New Wave”, a sophisticated approach to simpler fare).

How many people listen to the Sex Pistols almost half a century since their debut album? Hardly any. How many listen to the pioneers of prog rock? An ever-growing number of young people, in spite their instagram-eroded attention span. A miracle! There is a phenomenon taking place on YouTube: first time listen reaction videos. Young men and women, either on their own or as a couple, listen for the first time to a record or a song from the early Seventies, and show the world their reaction. It so happens that many of such first-time listeners pick albums or songs from the prog rock repertoire. Why? Probably because prog rock at its best affords the complexity and intensity of chamber music while still being highly rhythmic and using voices too, not just instruments. One album in particular numbers dozens and dozens of first listen videos on YouTube: Close to the Edge, the masterpiece by Yes, released half a century ago.

What used to be Side A in the LP format is what most first listeners concentrate on, the eponymous “song” Close to the Edge. They call it “song” because in general, though there are exceptions, they are not educated, otherwise they would realize that at over eighteen minutes and with many clearly different sections they ought to call it “suite”, which it is. That in itself is a matter of marvel: how could this piece of music be so varied? they wonder. Let us remember that contemporary pop “music” is synthetized, computerized, its rhythm is quantized, hardly anyone bothers to play instruments, and the voices, by relying so heavily on Auto-Tune, sound inhumanly nasal and undynamic, as if robots were singing. This is what pop music has come to. By contrast, so many young people lately are approaching for the first time Yes, Genesis, King Crimson, Pink Floyd only to be, invariably, stunned. They literally can’t believe their ears. Having become accustomed to the impoverished version of what once was music, listening to such treasure troves of all things musical is, first of all, an epiphany. In addition to that you can see on their faces sheer enjoyment, even joy, mixed with surprise and disbelief. One of them actually states that he thinks that that must be the music one hears in heaven (referring to the central part of Close to the Edge); another, that he is having an “eargasm”; others are just lost for the first few minutes, during which the band engages in an astoundingly tight and virtuosic festival of dissonances that makes sense only after many listens—but never fear, the first listeners’ patience is soon rewarded, when Jon Anderson’s soprano voice comes in, and the proceedings turn melodic. One of the best reactions is by a young drummer who seems to be, to say the least, in ecstasy. At the end he states that it was so good, he got frustrated. That is probably how Berlioz felt about composing after studying so thoroughly and writing about Beethoven’s symphonies; or Canova felt about sculpting after admiring Bernini’s work. I encourage the reader to watch this particular young man’s reaction, a joy to behold:

Pop music, in its educated and adventurous various formats (it need not be exclusively prog rock: think of Suite: Judy Blue Eyes, by Crosby, Stills & Nash), peaked many decades ago. Young listeners are discovering it now, and loving it. It is no use to look for the same level of energy, experimentation and sophistication in contemporary music. It’s over, much like church-building of any relevance, or sculpting at Bernini’s level. The energy is elsewhere. Some TV series, for example, are animated by unusual intelligence and creativity. On the more practical side, there are thousands of benefactors on YouTube who take the trouble to explain, for free, how a certain thing is done or works, from how to build a log cabin to how to install shock absorbers on specific cars. None of that was so readily available once. Creativity seems to migrate to different places as technology allows for unprecedented things. Paradoxically, while technology made it possible for pop music to elevate itself to such rarefied peaks, decades later too much technology ended up doing the opposite: killing music.

Prev93 And Not Dead Yet – Under Milk Wood
PriscillaNext