A Vademecum Against Modernity

Science and Spiritual Practices: Transformative Experiences and Their Effects on Our Bodies, Brains, and Health
by Rupert Sheldrake
Counterpoint, 2018, 256 pp. $26 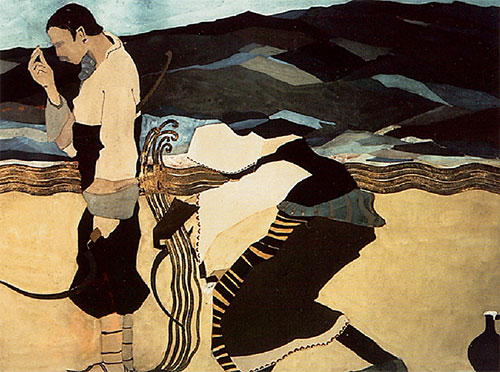 “There are many kinds of spiritual practices,” writes Rupert Sheldrake in the preface of his Science and Spiritual Practices. “In this book I discuss a selection of seven, all of which I participate in myself.” With this plain prose and unassuming tone begins a tour de force. Which means that the reader who is unfamiliar of Mr. Sheldrake’s opus will find a very rich introduction to it, while the reader who is familiar will marvel at how the author managed to condense so many ideas in such little space. For either reader, this is no less than a vademecum against that great illness: modernity.

In the early 1980s I read Mr. Sheldrake’s first book, A New Science of Life: The Hypothesis of Morphic Resonance. It opened my eyes, and since then Rupert and I became friends (hence my switching to referring to him by his first name). Darwin (and, by extension, Herbert Spencer, that great coopter): goodbye. The first chapter magisterially sums up biology as it is taught to this day in all schools; from the second chapter on, welcome to a new world. When first published, the prestigious journal of science Nature attacked it with the editorial A Book for Burning? (as it dared to go against the strongly-held convictions of the scientific priesthood). I was deeply impressed by this life-changing and life-affirming book, and I subsequently read each of his works as they were published while our friendship deepened, with visits to each other’s houses in England and in Italy. Twelve books later, with some co-authored with other great minds, among which Terence McKenna’s, the late, unforgettable psychonaut, Rupert gives us this distillate. 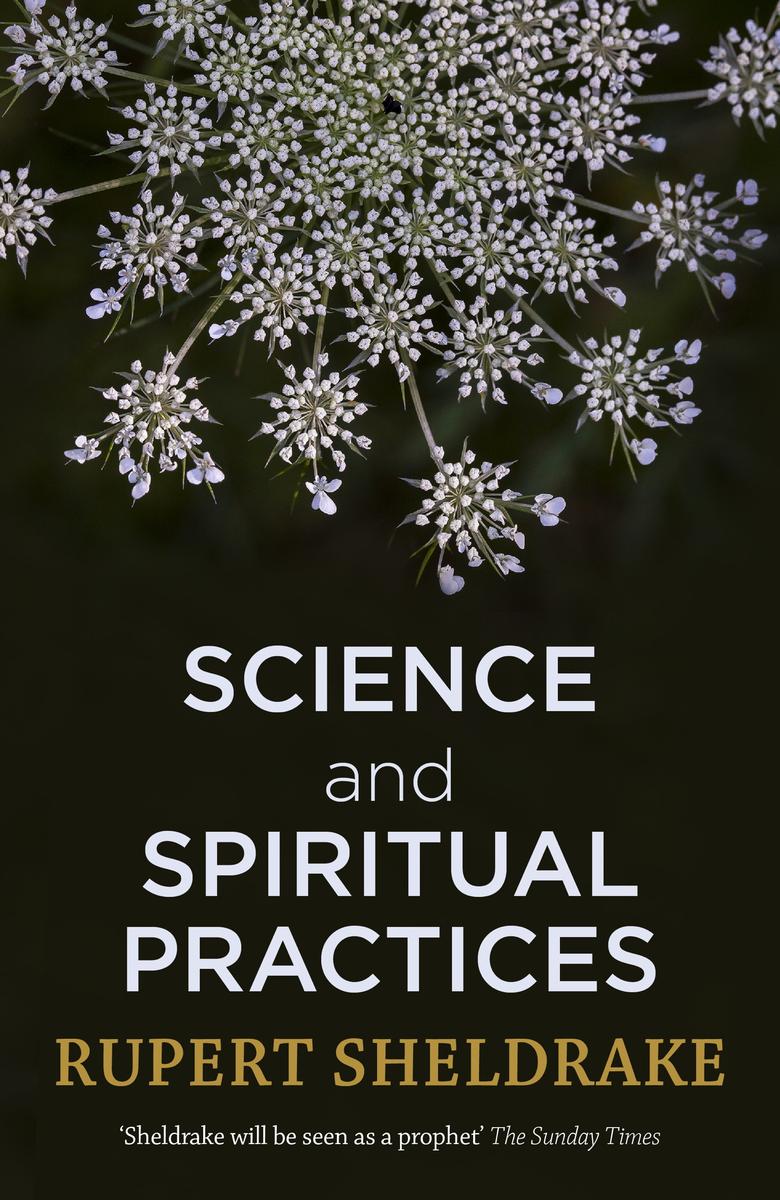 With a PhD from Cambridge University, Rupert was expected to work in the biological field as every true Darwinist/materialist/determinist. But his peripatetic wanderings, both logistic and of his mind, brought him to very distant territories generally considered unscientific, and therefore debunked by mainstream science. Why should a true scientist concern himself with “paranormal” subjects?

While the mainstream scientific community ostracized him with particular vitriol as a renegade, Rupert found a following in those among us who are not content with the paradigm we are taught at school and suspect that the world is both more beautiful and stranger than we are led to believe by orthodox science.

Rupert is a formidable (and exceptionally patient) debater; like his opponents, he knows the canon inside out, but unlike them, he has researched and learned a lot more and beyond, which they, in sheer ignorance, either dismiss or debunk.

I find it refreshing for a biologist and a philosopher of science to write, in the first chapter of his latest book, “I both meditate and pray, and I think of the difference between them as being like breathing in and breathing out.” But is meditation, and prayer, a waste of time? “It is the opposite of our usual Western tendency to follow the slogan, ‘Don’t just sit there: Do something!’ It is more like, ‘Don’t just do something: Sit there!’” He then explains a few ways to meditate, and adds a conclusive subchapter entitled, “Spending Time in Silence.”

Even famous atheists concur that meditation can be beneficial, we are told. Rupert was trained as a scientist and holds the evidence that results from testing as sacred. So, he always backs his assertions with research, and there is ample evidence about the beneficial effects of both meditating and praying.

The following chapter, about the flow of gratitude, also goes against the grain, as it states that “the opposite of gratitude is a sense of entitlement” and illustrates so many things that we take for granted-but should not. This is the sublimation of common sense, which I never thought could be sublimated: “If someone loses an eye in an accident, he or he feels very grateful to have eyes,” in the plural. In other words, count your blessings: it makes for a more grateful and gratifying existence.

Rupert than moves on to the “more-than-human” world, as “clearly there is vastly more nonhuman nature than human nature in the universe, including billions of galaxies beyond our own.” It is essential to reconnect, as humans, with this more-than-human world. Yet, materialists teach us that “the entire cosmos is with no purpose or meaning. Biological species are genetically programmed machines. We humans have emerged as a result of blind physical processes.” Rupert has devoted his existence to re-sacralizing the world, and any level-headed reader should wonder why the non-philosophy of existentialism from the 1950s should continue to exert such an enormous influence on the Western world.

Relating to plants is another activity that we can all engage in, even if we don’t have a garden. We can all afford, I suppose, a few potted plants, and/or herbs. And walking in a park, lingering at the foot of trees, so much larger and long-lived than we are, can reward us in unsuspected ways.

Observing and reenacting rituals is a way of remembering the past and keeping it alive and present in our lives.

The chapter about the power of music struck a special chord. I remembered an evening I spent at Rupert’s house in London in the company of our mutual friend, and my co-author of two novels, the musicologist and philosopher Joscelyn Godwin. After dinner, Rupert asked Joscelyn if he could sight-read. Joscelyn said “Yes,” and Rupert produced some music sheets: transcriptions of works by Bach, to be played four-handed on the piano. The improvised duo started playing at midnight and did not stop till well past three in the morning. The excitement and cheerfulness that I witnessed in Rupert was great, and Joscelyn, later on in the taxi that took us back to our hotel, told me, “He is adept.” High praise from a musicologist of his caliber. Rupert writes: “I was immersed in music since I was born. But I claim no special distinction,” while his wife Jill is an expert in Mongolian and Tuvan overtone chanting, and various other ways of using the voice. We learn that animals enjoy producing sounds, and/or listening to them, and on that my friend David Rothenberg, the philosopher/clarinetist, has written at length after jamming for years with birds, whales and even cicadas.

Pilgrimages and holy places have completely lost their value in our secular societies, but one does wonder why. When man was created, he could not help being jealous of the birds. Flying along invisible lines, they soared as high as he could see, and migrated to distant lands he could only imagine. Since he could not fly, he started to dream. In time, he began to build temples. But, a more compelling drive was inside him. He became a pilgrim. His necessity to integrate the cosmic course made him contemplate the flickering course of the stars. Solar in his conception of the sacred, but also seeking the complementary lunar principle, all he needed was to align his path with the invisible tellurian forces along which shrines of all types have been erected down the ages.

The other day, receiving good news after a medical exam of great consequence, my wife and I felt the urge to go to a sanctuary to give thanks; in our case to the Holy Virgin. I found that in Philadelphia there is a Miraculous Medal Shrine, and there we went. We devoted the whole day to it. And that is an ancillary point: a pilgrimage need not necessarily be a heroic feat of endurance across deserts and over mountains. It can be whatever one can realistically accomplish. But, a hallowed place, one at which millions of people have prayed before, is a special place.

Is this all nonsensical drivel? In the concluding chapter, Rupert writes, “Materialists have not proved that matter is unconscious, or that nature is purposeless, or that minds are confined to brains. These are assumptions. The materialist worldview is a belief system, not a statement of scientific facts.” So, if the materialist Weltanschauung is just a belief, why opt for something so unimaginative, and outright dreary?

Throughout the book there are hands-on and simple suggestions on how to carry out what is discussed in every chapter. I have only touched upon a few points, but the text is rich in insight and examples, and based on a multitude of sources as well as on years of research. It should become a vademecum.

PrevTikal, or On the Soundness of Ancient Mores
On the Occasion of Susan Jacoby’s Why Baseball MattersNext