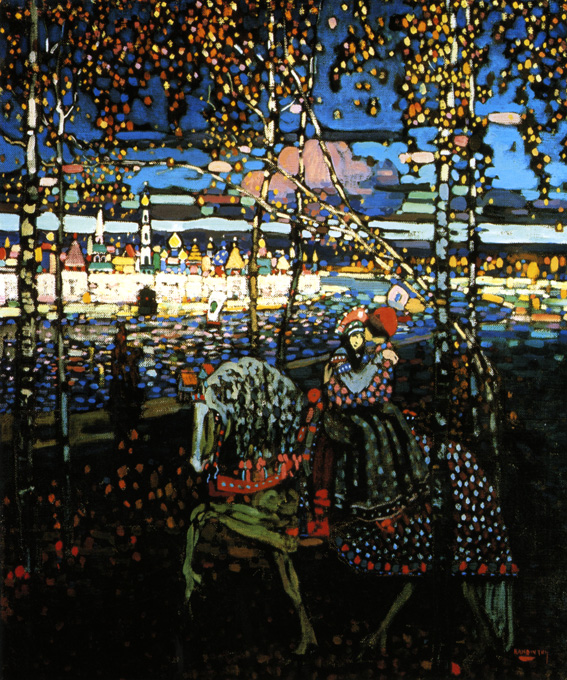 When we hear or read about the word ‘agnosticism,’ many people tend to believe that it refers exclusively to scepticism on belief in the existence of God. But that’s not the case. People can be agnostic on many things, such as historical events, like the authenticity of the moon landings, who shot JFK, or even the existence of the external world.

In my youth, I was an agnostic sitting on the proverbial fence on all things theological, but I eventually jumped off when my cosmic rear end began to cause me much pain (the origin of that pain came from my disordered soul which I didn’t believe existed back then).

So, I want to concentrate, in a general way, on an example on how agnosticism can be seen as a kind of knowledge claim and not a cautious, rational scepticism. I also want to add a geo-spatial component to the essay linked with agnosticism as to how we perceive the external world in both its appearance and reality and how that shapes our beliefs.

The American writer, public speaker and documentary maker Dinesh D’Souza is a man who has his worldview solidly based in reality. He also comes across as a highly intellectual, decent man. Over the years, I watched most of his speeches and debates and found him to be dynamic in his delivery, fair and balanced, and quite witty with a funny sense of humour.

Lately, on a regular online slot, he has a podcast, where he muses on social and current affairs both domestically and internationally. His views are mostly informative and I enjoy watching his videos.

However, in his recent January 25 podcast, he spoke of agnosticism and how many believers in God are in some way agnostic. He said the following, while also commenting on faith, belief and knowledge (edited version):

Dinesh says “it doesn’t take faith for me to believe in trees” or belief in his wife standing in front of him. Really? Can one have certitude of the reality of the external world? Could that ‘tree’ Dinesh sees or his wife, Debbie, be figments of his imagination? I don’t believe they are but, according to solipsism, which is extremely hard to refute, both ‘tree’ and ‘Debbie’ might not exist externally but only in the mind of Dinesh. In philosophy, this is called the problem of other minds (For the record, I find solipsism both fascinating and disturbing, but to repeat, I believe Debbie, Dinesh and trees exist, and that’s based on reasonable faith not blind faith.)

There seems to be no way of either proving or disproving that solipsism is true or false, unless one takes a leap of reasonable faith (not blind) and believes in God or that the external world is real and contains other minds. It seems the only certitude is, “I think, therefore I am,” to quote Descartes. That is, you can be certain that you definitely exist.

Dinesh was responding to comments made by astrophysicist Neil deGrasse Tyson, who says he claims the title “scientist” above all other “…ists,” despite him being “constantly claimed by atheists” but says he is not and that he’s an agnostic. But if de Grasse Tyson says he’s agnostic, why does he, and most agnostics, believe, without a shred of scepticism, anything that scientists say about science?

In a forthcoming book by professor John Staddon, Fact vs. Passion: Science in the Age of Unreason, he writes that “many social scientists have difficulty separating facts from faith, reality from the way they would like things to be. Many research topics have become taboo which, in turn, means that policy makers are making decisions based more on ideologically-driven political pressure than scientific fact.” … (From an interview in the Wall Street Journal, Feb 19, 2021, by J. Peder Zane.)

Also, in reports regarding NASA’s cosmic achievements, agnostics shed little doubt on the authenticity of such claims. Think about it: All the news we get about space exploration, moon or Mars landings, comes from the secondary source of the mainstream media. And if the year 2020 and the internet told us anything, a lot of media reportage is leftist propaganda, false and misleading.

But don’t take my word for it: John Swinton was the former Chief of Staff for the New York Times. In 1953, he was asked to give a toast before the New York Press Club. He said that there is no such thing, at this date of the world’s history, in America, as an independent press. Swinton added (edited version):

“You know it and I know it. There is not one of you who dares to write your honest opinions, and if you did, you know beforehand that it would never appear in print. I am paid weekly for keeping my honest opinion out of the paper I am connected with… We are the jumping jacks, they pull the strings and we dance. Our talents, our possibilities, and our lives are all the property of other men. We are intellectual prostitutes.”

But I slightly digress. At least in the case of God, the evidence for fact and truth on creation and morality is everywhere: DNA; Fine-tuning of the universe; Objective moral values and duties; Intelligent design, etc. So, to return to agnosticism: Is it really neutral? And can one be agnostic about their agnosticism (ad absurdum)?

Firstly: It’s debatable that agnosticism is a neutral stance on whether or not God exists. I tend to see it as a truth claim, in that the agnostic admits to know his or her agnosticism is the right world view regarding theism, otherwise they wouldn’t be an agnostic. And what’s right for them, must also be true for him or her, and what’s true must be a knowledge claim, despite being dressed up in ‘healthy scepticism’. (I’m not referring here to being agnostic on trivial issues.)

For the philosopher George Berkeley, who wasn’t a solipsist but a Christian, everything is in the infinite Mind of God, the creator of us finite beings. In Of The Principles Of Human Understanding, he wrote: “It is indeed an opinion strangely prevailing among men that houses, mountains, rivers and in a word, all sensible objects, have an existence, natural or real, distinct from their being perceived by the understanding . . . For what are the aforementioned objects but the things we perceive by sense? And what do we perceive besides our own ideas or sensations? And is it plainly repugnant that anyone of these, or any combination of them, should exist unperceived?”

Then there is the problem for the agnostic of appearance and reality. Those trees that Dinesh mentions can be visually perceived in more ways than one, as can his wife, Debbie, which throws out the question: Are agnostics agnostic about appearances in the external world? They should be if they want to be consistent.

However, a tree seen from many angles looks different, as does a human being. This geographical phenomenon by visual degrees can also be seen in everyday domestic objects, the countryside landscape, or works of art. From a distance of thousands of miles, Jupiter’s ice-covered moon Europa looks like a white snooker ball; but on closer inspection it vaguely resembles a Jackson Pollock abstract painting with its fractured crust and zig-zag patterns.

But also, as an example, consider the great painting of the Girl With a Pearl Earring, by Dutch artist, Johannes Vermeer. This most-recognised artwork was recently subjected to two years of detailed research which has revealed strange-looking details visible under a microscope.

The surface condition of the painting (which has been subject to multiple restorations over the years) was studied by researchers Emilien Leonhardt and Vincent Sabatier, of Hirox Europe using a custom-mounted microscope. The resulting 10-billion-pixel panoramic scan—a gigantic stitch of 9,100 individual microscopic photographs, is seen below in 2D and 3D. What’s fascinating is the light in the girl’s eye and its surrounds.

The British philosopher, Bertrand Russell, once said, to view such images from a convenient/common distance is a kind of favouritism on the person viewing it. I assume that distance is usually two-feet to 30ft (sometimes miles), depending on the object, be it a person, table, building, aeroplane or mountain. In the painting below, it’s usually two to four feet; some 50ft to 100ft away might make the image look like a stain on a wall. But under a microscope, the appearance begins to break down into something that’s unrecognisable (see images below of Vermeer’s painting, as mentioned above). 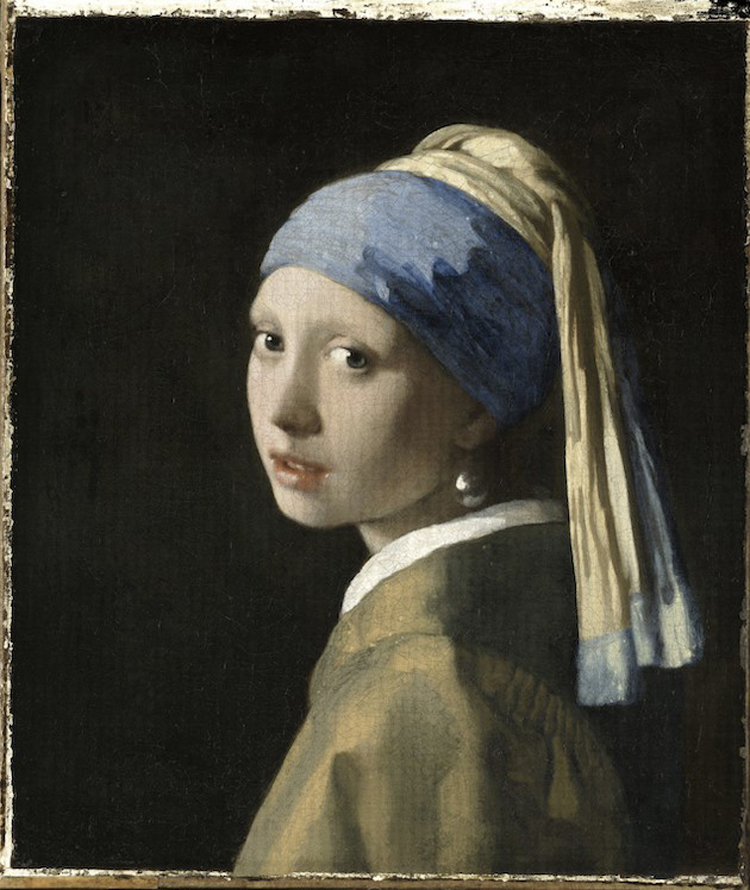 Painting viewed at a ‘favourable’ distance (notice the light in her eyes). 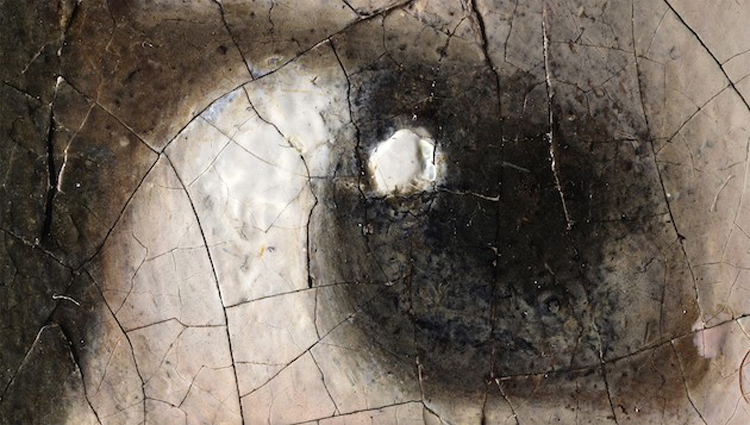 Close-up of girl’s eye at a less-favourable distance to the human visible perception. 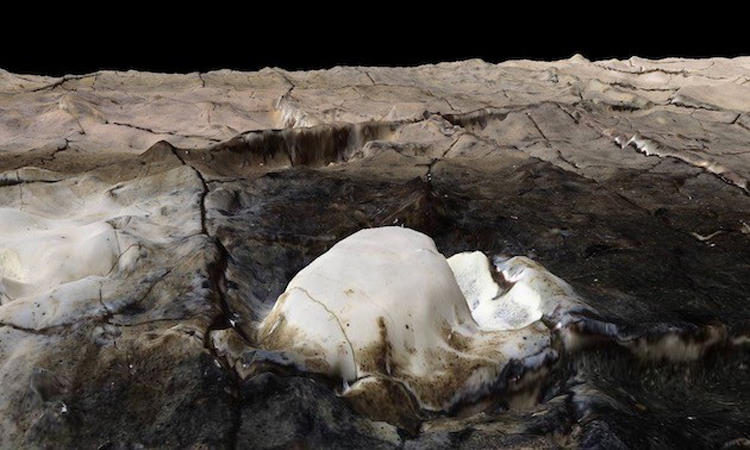 Macabre-looking micro close-up of light in the girl’s eye (between the limbus and sclera), resembling a discarded clump of oyster meat or a poached egg on a cracked desert floor.

Also, consider these other images below of snowflakes. 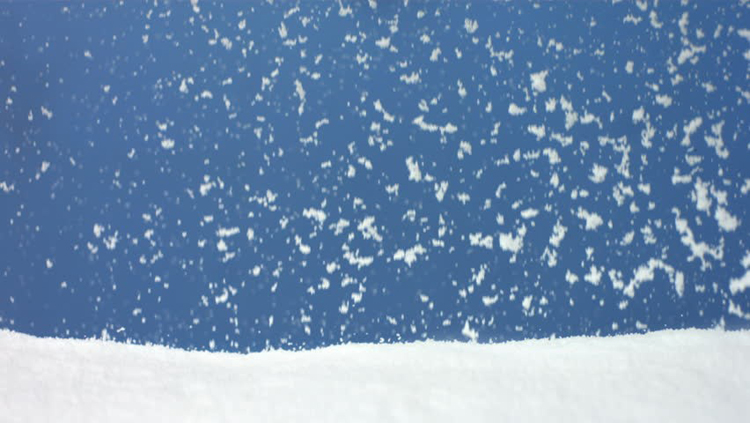 Above, snow falling from the viewpoint of a window pane. 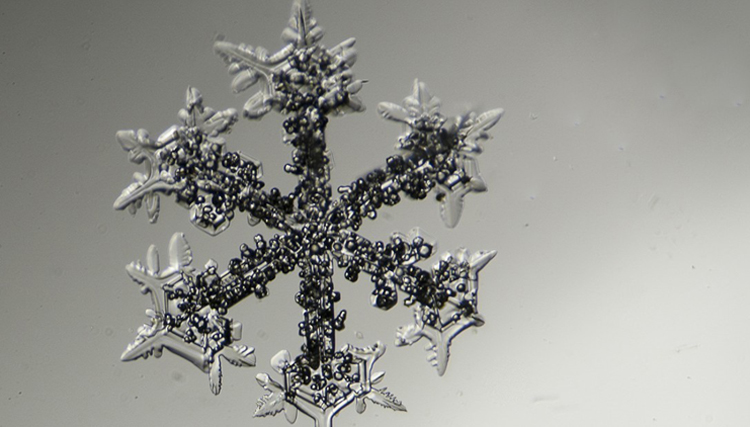 Snowflake under a microscope. 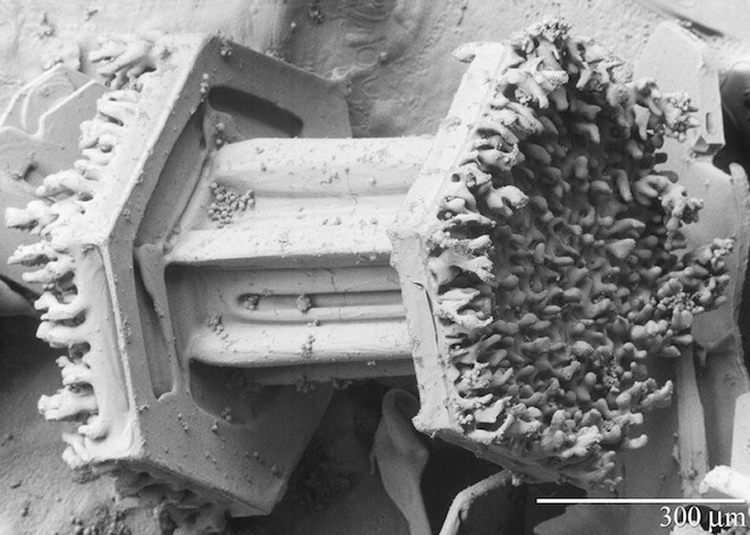 Snowflake under an electron microscope. Which one looks like the ‘real’ snowflake?

Then there is the phenomenon of optical illusion. This is where a person’s visual system differs from reality in certain visual categories, where sometimes light plays a powerful role. One example of an optical illusion is that of boat’s oar apparently ‘bending’ while half immerged in water. Below are two other examples:

Reversible figures and vase (or the figure-ground illusion) and the Rabbit-Duck illusion.

In an essay in The Imaginative Conservative (Dec 9, 2017), Thaddeus Kozinski said we must keep our eyes fixed on the suffering and death of Jesus Christ and hold on to him for dear life in the midst of the evils that would otherwise suffocate our souls and eclipse all the beauty and love that this world still contains. He added: “Agnosticism is the ultimate stupidity and wickedness because it doesn’t so much reject God as ignore him. If I were God, I’d be more angry at such cold indifference than anything else.”

I’d go a little further than Kozinski on the dangers of agnosticism regarding scepticism on belief in God. Being agnostic about the existence of Big Foot, the Loch Ness Monster or life on Mars, etc, will not have any profound consequences either in this life or on your eternal soul when you die. But agnosticism on the existence of God has a consequence that’s unimaginably bleak if God exists.