All We Have is the Future and Each Other 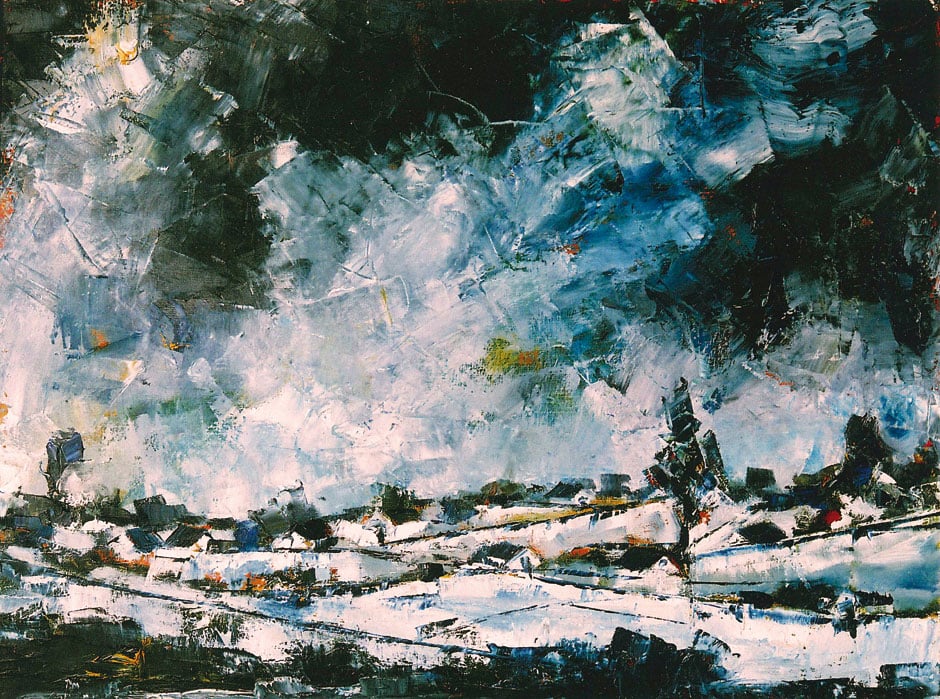 We’re all familiar with these few words:

You don’t know what you have until it’s gone.

How poignant they are now, and in so many ways.

I learned a rather brutal lesson some years back. Around 2012, I was looking up and down the country on Google maps for the most remote location that would, nevertheless, posses all the amenities and comforts of modern life. I stuck a pin in the map at a spot by the sea and said, “That’s where I’m going to live!”

A few months later I made it happen.

You see, back then, I was already working entirely online and had figured out that I could live almost anywhere. So I bought a place on the British east coast. It would be great, I reasoned and, for a while, indeed it was. I loved the sea and still miss the blue skies and the sound of seagulls.

However, I was alone there.

Unlike today, I could sit in a cafe whenever I wanted, but always I was by myself. I’m pretty independent and so, after six months, everything seemed fine. But it was difficult for me to relate to the people there and I made few friends. After another year or so, life had began to feel a little pointless and bleak.

A year after that? Well, let’s just say I wasn’t doing too well.

Then I got the sudden news that my dad was dead and I discovered that I had nothing to fall back on.

I left what had become my lonely place by the sea and moved back to my parent’s house to handle the affairs (my mother had died six months prior). How I wished then that I had spent the last six months with my dad. How I longed then to go back and change things. How in vain I tried to recapture some essence of what had suddenly become the past.

How forlorn I was.

I never knew how much I loved my dad until he was gone. All that remained was hard unbroken solitude and grief.

My father was a printer. He had worked in a manual job from the age of 14 until shortly before his death—a long unbroken period of 53 years. He had saved all his life into a pension and I can distinctly recall him talking to my mother during the 1980s about how he was “banging in the AVCs (*)” so that they would be provided for in retirement.

He was still working at 67 years old because his pension wasn’t worth what he had been led to believe. Shortly before his death, he told me he was taking pain killers because he had arthritis in his back. After he was gone, I discovered his final pay slips and learned that he had been earning little above minimum wage for what was a skilled and demanding job.

There was so much about my childhood which was good. There was a working club over the road which was an integrated part of life. It seemed like it had been there forever and always would be.

I don’t know what will become of such places now as I see everything closing down and being boarded up. A few weeks ago, I watched the owner of a local pub fall apart before my eyes because he was being stripped of his livelihood. I hope he survives, but I’m not sure he will.

But this is about so much more than pubs, clubs and cafes.

The truth is that the breakdown of our cultural fabric has been in progress for such a long time and on so many fronts—family, race, gender and national identity. These are the things which have been used to divide us. Many good people tried to stand up, but were cast out and traduced. Over the decades, people with integrity in our various institutions and companies have been alienated and replaced with ideologues and functionaries.

But it goes much deeper.

It actually takes generations to build a community—one in which children play with each other and grow up to become neighbours themselves. Not everybody gets along with everybody else, but still we have to rub along together.

How things have changed. Children are increasingly raised in state supervised “nurseries” rather than in families. They need both a mother and father and, ideally, an extended family. Not everyone has perfect parents (few do actually) but on the whole the family is a far better environment to raise children that the state. Children also need to be exposed to a certain amount of risk—life in other words—in order to grow and develop. We as a society, however, have become so risk-averse that everything must be locked down in so many ways. Schools have become anxiety mills of compliance, rather than places of learning and exploration. A couple of years back, I watched with incredulity as a group of young children were led down the street by their teacher in colourful plastic chains, but chains they were nevertheless.

It seems that we have become so risk-averse that we can longer handle reality. But in the eliminating all uncertainty, have do we not also crush such things as hope and free will?

With a pathological need for control, do we not guarantee our own demise?

Moreover, in recent decades, we have learned that men are women, up is down and that everything which is good must now been seen as inherently wrong and that we are to be ashamed. We are told that our country is bad and always was. Statues, the links to our past, have been torn down before our eyes.

As we divide and split off from one another into ever smaller and smaller bubbles of perceived reality, we become unable to relate to, or even tolerate, the views of anyone but ourselves. Do we not now fear to express an opinion lest it be met with rage or social censor?

Is it even possible to know what is right and what is wrong any longer? And does not right and wrong change on us all the time?

Do we not now live in a place of fear and isolation — a country of curfews, travel bans and mass house arrest? Do not the police now have the power to declare even family gatherings illegal? Are we not urged to spy and report on each other? Have not state officials have somehow acquired the power to prohibit the sale of children’s toys?

We are no longer sleeping walking toward darkness. We are now in the cruel winter of Narnia, a place where Christmas never arrives.

How has this come to pass? Was there no one left to stand up? How was the very soul of life stolen from us when we weren’t looking? Or did we just let it go?

As a child, I recall my father saying, “I may not agree with what you say, but I’ll fight for your right to say it.” Around the same time, he also expressed surprise when I told him that we were learning about the Second World War at school.

It’s as if the hard-fought lessons of the past fade and are forgotten as each generation slips by. Every generation must re-learn the lessons of history anew. Perhaps this is the way things are meant to be, painful though it is.

We must now re-learn a healthy sense of common identity, tradition and belonging. We must reconnect with the very things which provide meaning and value to life—not virtue signalling—but that of a basic human need to love and be loved, to give and to receive and to hold and be held—in equal measure.

We must rediscover and take back all that which has been taken and cast aside. Most of all, we must never take these things for granted lest they fade and are snuffed out on us. When that happens, life becomes very hostile and dark indeed. All we have now is the future—and each other.