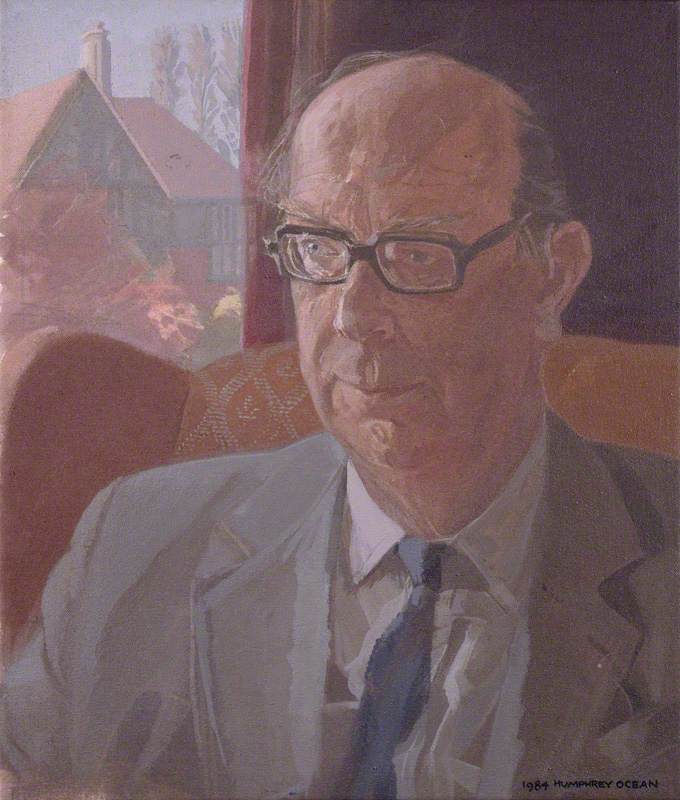 It is equally undesirable to think oneself a poet and to think that one is not a poet. That is something that we never find out. —T. S. Eliot, Letters, 7: 333

Phil Larkin’s 1973 Oxford anthology[*]
of the past century’s British poetry,
strictly for writers “born in these islands”
or resident in them “an appreciable
time”—a description not of me, it stands
to reason, although I lived four years
on Upper Montagu Street, just down the road
from the Regent’s Park and Madame Tussaud’s—
kicks off with the “dear pale face” of Blunt’s
Juliet, “On which those thirty years so lightly sat,”
who wore “a little fichu trimmed with lace.”

«Cherchez la femme, pardieu!» says Dumas père,
and girls to me seem as good guides as any,
so from Juliet’s trim kerchief we pass
(all bets are off!) with more or less measured
metric paces to Old Possum’s “hyacinth girl,”
Sir John Betjeman’s “Miss J. Hunter Dunn,”
and Roy Fuller’s “girl in trousers wheeling
a red baby”—absurd, louche and wan,
for all those scents of bergamot.

“Man’s love is of man’s life a thing apart,
Girls aren’t like that,” Kingsley Amis bleats,
mistaken on both scores, while Roger McGough
sighs: “Girls are simply the prettiest things.”
A second for that? “O happy girls, discreet
in joviality!” Gerald Gould apostrophizes.
“All these illegitimate babies … / Oh girls,
girls, / Silly little cheap things,” Stevie Smith
laments. Larkin’s choices give me pause.
He really ought to have included a suite
of those Americans—they were streets ahead!

It’s not girls all the way, though, far from it:
“Well died, my old cat,” Hal Summers says,
and Alun Lewis, who shot himself in Burma,
writes of rain; Ted Hughes of hawks and hogs.

The anthology wraps up with a sweetheart more,
a flowering blonde “girl in the bathroom singing,”
on whose naked boobs Brian Patten slams a door,
demanding “only bona fide celestial music”—the &%$# douche!

Though I’m not English and never wished to be,
I contemplate Larkin’s assembled poets collegially—
especially, of course, my whilom compatriots:
Plomer, Campbell, and F. T. Prince (born Kimberley).
I got my taste for English poetry in the nineteen fifties
at the Hoërskool De Aar, guided by a kindly seer
called “Sir.” His surname was de Villiers,
but he was “Sir” to us, because the texts he taught
were in English, not our medium of instruction;
we called all our other teachers Meneer.

Sir’s English poets were chiefly nineteenth-century
—though Ezra Pound got in too, as I recall.
Keats, Shelley, Arnold, the Brownings, Tennyson,
he loved them all, and passed his passion on:
I for my part seized on their artistic identity:
an English poet was what I wished to be, poor foolish me,
when I grew up! Then fancying myself a man, presently,
I took off, without so much as thanking Sir, to my undying shame.
It’s too late now, of course, but poetry’s a catch-as-catch-can game,
and what’s a point anyhow of saying what the dead won’t hear?
None, I think, not even in the view of those jeunes filles en fleurs.