Art and Freedom of Expression 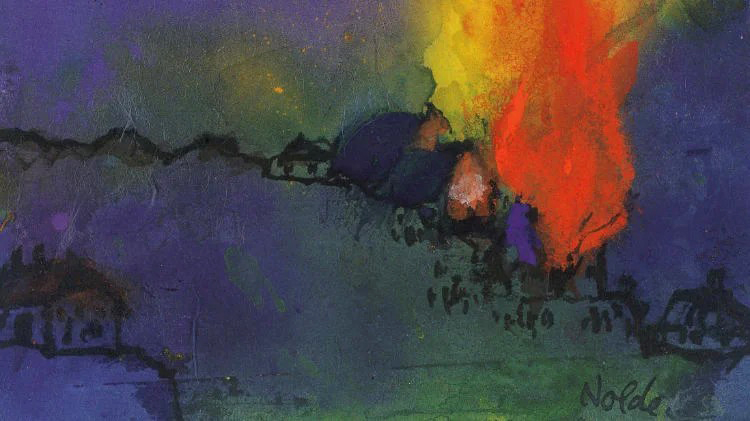 For American readers, Channel 4 is a British, free-to-air public broadcast television network. Set up to provide a fourth terrestrial television service to rival the commercial broadcast network ITV and the two licence-funded BBC channels, it began transmission in November 1982. Created by an act of parliament initiated by Margaret Thatcher, it revolutionised the U.K. television landscape. State owned but not state funded, the Thatcher government designed Channel 4 to be disruptive and unleash the entrepreneurial spirit that guided her free market principles. As the channel approaches its 40th birthday, I wonder what she would make of it now.

The latest is an idiotic new show called Jimmy Carr Destroys Art, in which a panel of experts are asked to defend the work of ‘problematic’ artists, including Adolf Hitler, Picasso, and Rolf Harris. Carr then gives the audience the opportunity to decide whether we should, to quote Hume, “commit it to the flames.” I’m not joking; a flamethrower is cited as one of the many weapons. Yet we are told the programme is supposed to be a serious debate about free expression.

Channel 4 has taken the BBC’s foundational Reithian principle—to inform, educate, and entertain—and completely subverted it. From the broadcast of a live autopsy to inspecting human faeces, the channel has made a name for itself for being shocking and controversial. It has become so pervasive as to be de rigueur. Yet there’s something very desperate about all this. It all feels a bit contrived.

The inclusion of Hitler’s artwork has been met with near universal condemnation; the Jewish community were offended as it appeared to trivialise the holocaust. I would go further and argue the show was an insult to everyone. Destroying art hurts all of us. Especially when it appears to be done for ratings. You may hate Hitler’s art or think—like most art critics seem to believe—it’s pretty dull. But it exists, nonetheless. What you shouldn’t do is erase it from history. Ironically, something the Nazis actually did. To be fair, this was a point brought up in the show.

It would appear the only limitation in this bizarre morality death-match was the budget. The network supposedly purchased all the art themselves. If they had deeper pockets, they could have purchased Caravaggio’s The Beheading of Saint John the Baptist. One of the most influential artists of the Baroque period, his mastery of light and shadow, known as chiaroscuro, influenced Rubens and Rembrandt. Yet this masterpiece, regularly described as one of the greatest works of art of all time, was completed while in exile in Malta. The Italian fled Rome after murdering Ranuccio Tomassoni, a love rival.

The show’s shameless act of attention-seeking will only empower those who, driven by subjective judgment, will damage art of which they disapprove. Hannah Arendt wrote of the self-defeating nature of political violence; how “the means used to achieve political goals are more often than not of greater relevance to the future world than the intended goals.” In other words, if you champion violence as your goal, don’t be surprised if it’s used elsewhere. It lends credence to the mob mentality of moral martinets who topple statues of slave traders and eco-zealots who throw tomato soup over Van Gogh’s Sunflowers because of their obsession with climate change.

Another artist featured in the show is Eric Gill. His sculpture of Prospero and Ariel sits on the facade of the BBC’s Broadcasting House. His work has been publicly defaced because of Gill’s controversial personal life. In one widely reported incident, a man climbed a ladder and started hitting it with a hammer.

Gill was a disgusting human being. In his diaries, he admits to incest with his sister, sexually molesting two of his daughters and even the family dog. But it is possible to hold two conflicting views. His sculpture is beautiful, but I abhor him as a person. I can appreciate someone’s work without being an apologist for incest, paedophilia, or bestiality.

The crimes of these artists are morally reprehensible, but the artwork is not to blame. We must separate art from the artist. Gill’s crimes, like everyone else mentioned in this show, are absolutely wicked and unforgivable, but the cultural artefacts left behind are innocent. Are we supposed to believe that, due to some divine act of transubstantiation, a work of art is somehow imbued with the soul of its maker?

I would like to know what hammer welding social justice art critics make of outsider art. This is art made by psychiatric patients and prisoners without formal training that exists outside the boundaries of social convention. Would they use a chainsaw to destroy these works? I think not.

Of course, being degenerate is not in itself a prerequisite for great art. But it is just a fact of life that a lot of the world’s greatest artists were troubled. There is a type of mania present in every artist when it comes to seeing one’s creative vision brought to life. This neurotic obsession with recognition inevitably leads to self-destruction. Would the work of people such as Charles Bukowski or Hunter S Thompson be the same if they were upstanding citizens of high moral virtue? For years, it was alleged that Brahms strangled cats for inspiration for his symphonies. If this were true, would PETA be justified in consigning his music to the memory hole? No, all this would achieve is a diminution of the western canon. Further, if we removed all art that offended us, every art gallery and bookstore would be a lot smaller.

Alongside Black Lives Matter and Just Stop Oil, these cultural nihilists have evolved into contemporary art critics. Like their fellow travellers, they deal in a rather crude version of moral absolutism. For the historical reductionist, everything is framed as a zero-sum game between good and evil. There must be pushback against this infantile approach to art. Starting with a little nuance. We need to have uncomfortable conversations without the need for a flamethrower.

Noel Yaxley is a writer based in Norfolk, England. He spent four years reading politics at university before turning his attention to writing.