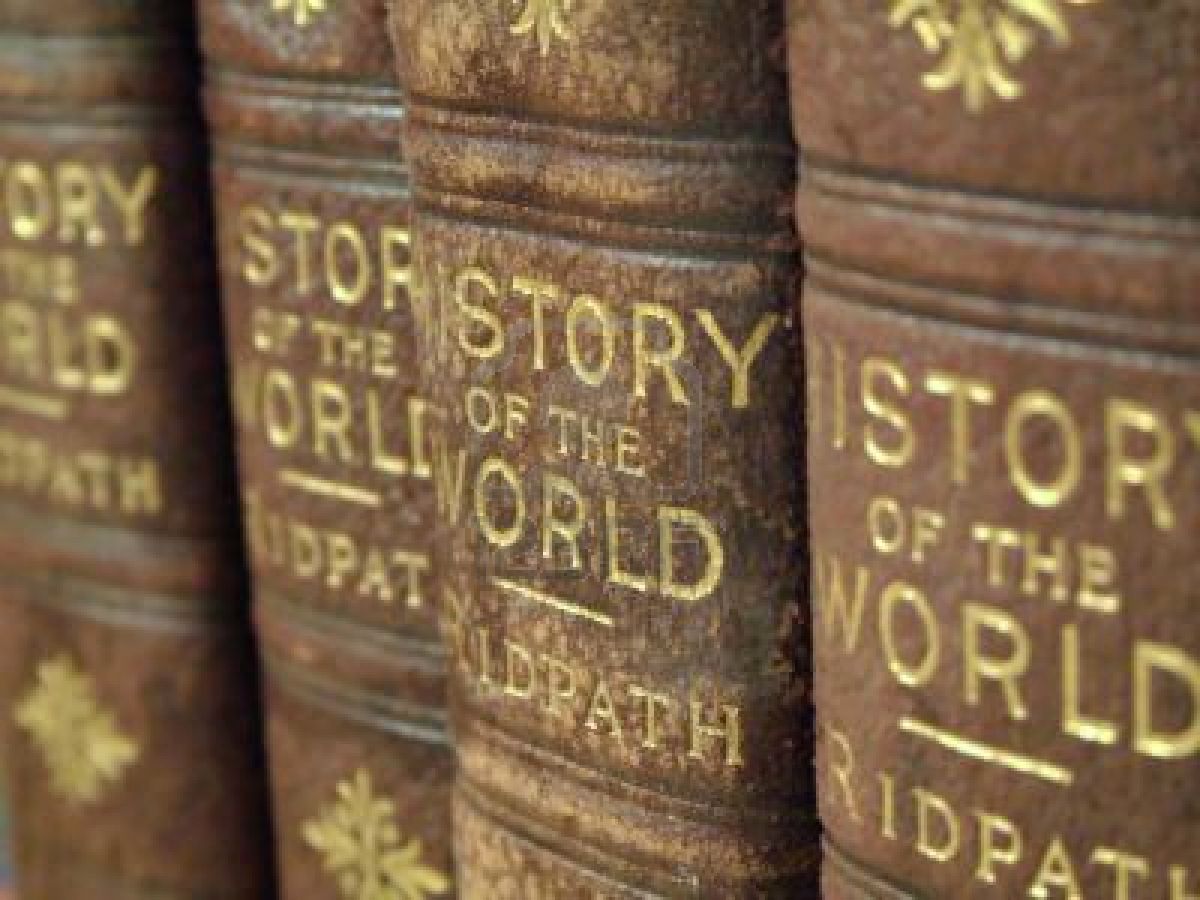 “History teaches us that we learn nothing from history.” – Hegel

Foreign policy is often a little like ice fishing. If you pick the wrong companions, the wrong spot, or the wrong time of year, the results can be catastrophic. When the ice gives way, fish in the creel become irrelevant. Unlike sport fishing, American foreign policy does not appear to have a learning curve. A smart fisherman might improve over time, but contemporary policy trolls seem to be immune to the insights or lessons that failure or chaos usually provides.

Modern foreign/military policy praxis seems to be suffering from a kind of pernicious political autism.

“These disorders are characterized, in varying degrees, by difficulties in social interaction, verbal and nonverbal communication and repetitive behaviors.” American policy towards Islamic ideology, jihad, terror, small wars, and the passive aggressive Ummah provide the best evidence of policy autism.

The repetitive behaviors at issue here now include historical amnesia, cooked Intelligence books, appeasement, regime change schemes, nation building fantasies, “humanitarian” interventions, and the kind of cluelessness that characterizes all attention deficit disorders. The national incapacity to focus or prioritize policy and programs is aggravated by denial and threat fantasies; the tendency to anguish about the future at the expense of dealing with the here and now.

Civic symptoms now transcend parties. Indeed, both sides of the American political aisle now create or inflate fantasy threats about Russia and China while minimizing Muslim wars at hand. A new Cold War and the explosive expansion of the Islamic State are but two examples of the wages of such folly. Jihadism and terror now threatens Europe in particular and every secular democracy worldwide.

Political autism did not originate with the Obama regime, although no administration of the past 50 years is a better illustration of its grip and consequences.

In the past decade, with an assist from an uncritical media, a “long war” chimera has emerged to rationalize indecision and serial failure abroad. After being told that al Qaeda was on the run and the Islamic State was the “junior varsity,” Americans are now told that Muslim wars are so “complicated” that solutions to religious fascism and terror must be deferred to the indefinite future. The “long war” scenarios now being spun by the Pentagon and the Obama/Clinton camp are excuses for inaction, the political equivalent of kick-the-can.

Apologetics, if not appeasement, is nothing new. America has been risk averse since World War II. Ironically, while eschewing formal war declarations, the cloak and dagger corner of national security community is still populated by the same Cold War cowboys that flourished during the containment years.

Anti-Communist rationale has now morphed into a pernicious, if not indiscriminate democratic imperialism, a series of hair-brained regime change operations with no regard for consequence – or the day after. The recent Libya to Syria gun running fiasco is a typical example.

The instability and chaos that plagues the 21st Century are created problems. Policies such as regime change, counter insurgency, nation building, and “humanitarian” intervention are probative. Withal, the US State Department, and the various US national security apparati, has facilitated the spread of terror, the immigrant tsunami, the rise of the Islamic State, the resurgence of jihad (nee Crusades), and the spread of Islamism worldwide.

When Donald Trump claims that Barack Obama and Hillary Clinton created ISIS, his rhetoric might be figurative, but the underlying truth is literal. The political vacuums created by toppling secular authoritarian Muslim states have been filled by our worst political nightmare, religious fascism.

The Clinton role in the rise of Islamic irredentism has now come full circle. Indeed, Bill Clinton might get the credit for the original Muslim tilt. Bosnia (1992-95) set the table for a series of interventions that gave birth to the so-called Arab Spring and any subsequent triumphs of Islamofascism. Ironically, Bill Clinton could be both righteous about civil wars in the Balkans and oblivious to genocide in Rwanda simultaneously.

Muslim lives matter, Black Africans, not so much. 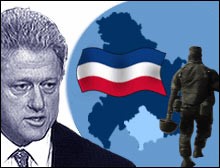 Bosnia, like much of the Balkans, is just one of the sectarian fault lines of civilization. Indeed, it was Muslim unrest which precipitated Serb pushback, civil war, and the eventual collapse of Yugoslavia. The so-called “ethnic” cleansing that followed had more to do with religion than race. Bosnians are, for the most part, Muslims with a bloody fascist pedigree.

Bosnian irredentism did not begin in 1991.

Early in World War II, an Irish historian captured the flavor of what the Germans would sponsor in the Balkans with Muslim Bosniaks on the cutting edge:

Serbian and Jewish men, women and children were literally hacked to death. Whole villages were razed to the ground and the people driven into barns to which the Ustasi set fire. There is in the Italian Foreign Ministry archive a collection of photographs of the butcher knives, hooks and axes used to chop up Serbian victims. There are photographs of Serb women with breasts hacked off by pocket knives, men with eyes gouged out, emasculated and mutilated.

During WWII, Bosnia was part of fascist Croatia, a primary collaborator in the Nazi occupation of the Balkans. Josip Broz Tito led the Christian resistance to the Wehrmacht occupation whilst Muslims filled the ranks of two Waffen SS Divisions.

These units are credited with genocidal atrocities against Jews, Roma, Catholic, and Serb Orthodox minorities as well as Tito partisans. The creation of Muslim units within the SS was overseen by Himmler himself to exploit the commonalities of Nazi secular and Muslim religious worldviews. Arab and German anti-Semitism was the icing on the Balkan fascist cake.

German and Muslim genocidal collusion dates to the 19th Century and WW I with the so-called “Kaiser’s Jihad” where Germany sponsored ethnic/religious cleansing; atrocities with which Muslim Turkey was only too happy to comply. To this day, the American government refuses to recognize the Armenian Christian Holocaust (1.5 million dead) as genocide.

A generation later, the Muslim Mufti of Jerusalem had a direct hand in recruiting Balkan Muslims to the Shutzsaffel. The scimitar of Islam adorns the crest of the most infamous genocidal SS unit on the Eastern Front. 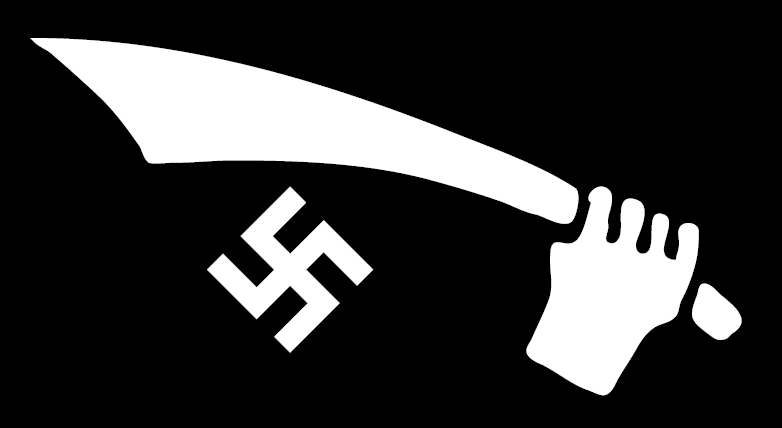 The Jasenovac death camp in Slovina, “the Aushwitz of the Balkans,” was the worst in Europe because much of the killing was done by hand – sword, ax, or knife.

By the end of the 20th Century, Brussels and Washington seem to have become nose-blind to the stench of Bosnian fascist history. Allied intervention on the side of Muslims in erstwhile Yugoslavia was of a piece with the chest thumping that accompanied the dissolution of the Soviet Union. The end of the Warsaw Pact and the Soviet Union signaled the beginning of new proxy wars with Russia.

Excusing the Muslim while accusing the Russian seems to be the twin pillars of foreign policy for the EU and NATO in the early 21st Century.

Albeit, the fall of the Soviet Union, the Warsaw Pact, and totalitarian Communism was never enough for hard liners, left and right, in the West. Cold warriors, Neo-Cons, and Islamophiles are seldom able to take yes for an answer.

The religious fascism now evident in Kosovo and Bosnia is of a piece with the very public Nazi commemorations in the Baltic States, NATO allies all.

NATO expansion and mischief from the Baltics, to fractured Yugoslavia, to Georgia, and on to Ukraine today are serial proxy fights with the Moscow. At this point, it might not be too farfetched to conclude that the real NATO regime change target in Europe is the Kremlin. Indeed, recently retired NATO Commanding General, Philip Breedlove, USAF, makes Strangelovean Curtis LeMay look like a campfire girl.

Alas, the “great game” of the 21st Century is existential, a kind of nuclear chicken. If NATO cannot win the 5th Column war on the Muslim front, hazarding a war with Russia seems to be a kind of autistic death wish indeed.

The Muslim collaborators that President Clinton and Secretary of State Albright defended in the ‘90s have come home to roost as Salafist vultures in Kosovo and Bosnia today.

Bosnia Herzegovina now provides more ISIS volunteers per capita than any other country in Europe. Bosnia Herzegovina is also host to a 5th column support network of Salifists who build mosques and madrassas, provide imams, and finance the EU ideological jihad. Even the NY Times has come to recognize the toxic religious blowback in places like Kosovo. Balkan jihadists are financed by Arabs, the medieval regimes of Saudi Arabia and the Emirates.

The heirs of Muslim fascists that lost to Marshall Tito have now secured two terror sanctuaries in the heart of modern Europe with an American assist. Secular fascism has been replaced by religious fascism with politicians like the Clintons, KFOR, and NATO riding shotgun.

What the EU, America, and Clintonistas fail to understand is that Sharia, Islamism, and political Islam itself is incompatible with most values that enlighten the evolved democracies in the West. Apologists for Islam also fail to appreciate that democracy is a target, not an aspiration, for too many observant Muslims. A true believer can rationalize the worst atrocity against infidels and apostates by citing the precedence of religious law, the Hadith, the Koran, or Mohammed himself. 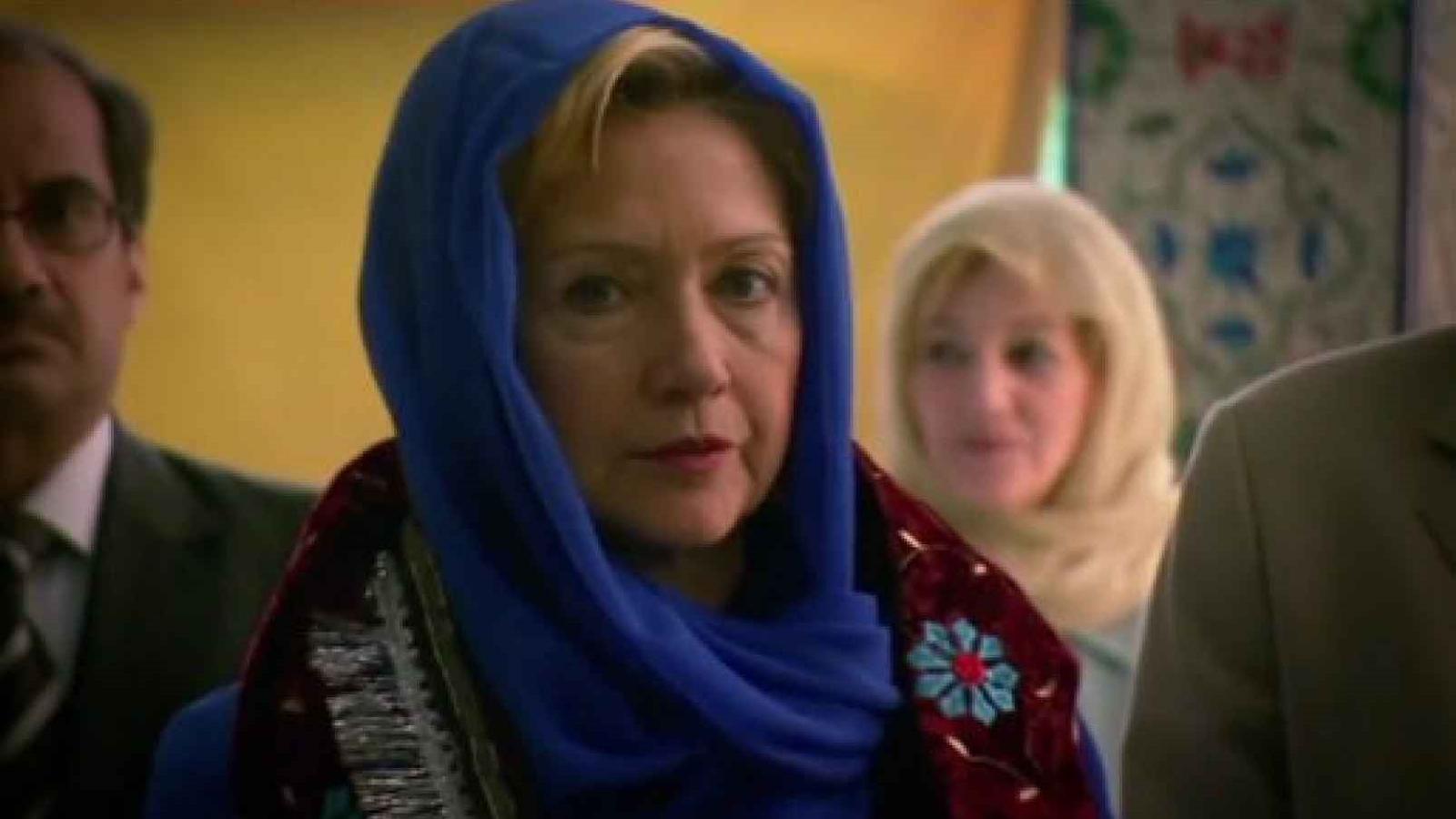 Now comes candidate Hillary Clinton, bookend to her naïve husband, preaching the same “long war” temporizing which facilitated the explosion of Islamism in the Bush/Obama years. If Muslim past is precedent, time does not favor American victory or the survival of tolerance, democracy, or civility.

Alas, political autism in Brussels and Washington might just be another symptom of a wounded Western culture dying from a thousand cuts. Tip of the hat to the late Samuel P. Huntington, a prophet in fact and deed.