Bible Champs of the Ring 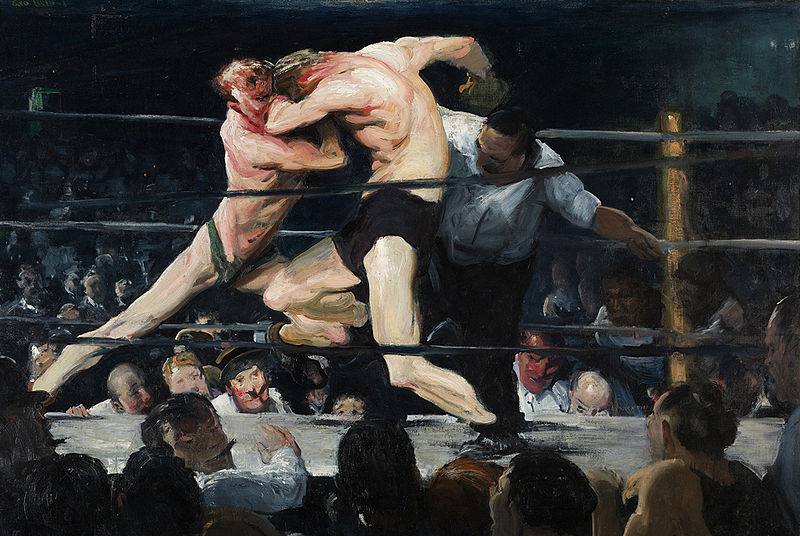 As a young man in my early-20s many years ago, I used to attend the boxing gym twice a week to be used as a human punchbag in sparring practice for the benefit of potential amateur champions. Not being a talented boxer myself but having a solid abdomen to endure multiple body blows, I enjoyed the workout, as it kept me fit (sadly, my once-toned torso has since headed south). I also enjoyed playing soccer, handball, jogging and swimming, but none of these activities come near the hardest sport on the planet: boxing.

When you think about the nature of the sport, it’s quite strange: a small community of men (or women) of various backgrounds and beliefs in a building, sweating, skipping and punching each other to a pulp, yet hugging each other after a fight and setting aside their differences and remaining close acquaintances. Besides having a trainer, it’s also a solitary sport, where (especially prior to portable music players) the loneliness of a long-distant jog can concentrate the mind wonderfully with reflections on a higher, spiritual plane.

The amateur boxer learns three things immediately. First, few activities are as physically demanding and, at least in my case, one three-minute round can be more exhausting than running five miles. Second, boxing is highly intellectual, requiring so much quick reasoning and psychology, that of all sports, it is the one rightly validly called the ‘Sweet Science.’ Third, the immediate instinct to punch someone who has punched you, issues in a thrill when you do so. When it is done gratuitously in sport, it can make one even less eager to do it in retributive anger.

Like all walks of life in a fallen world, ugly moments have occurred in boxing, such as fight-fixing, Ali’s mocking insults to Joe Frazier outside the ring, and Mike Tyson’s ear-biting moment during a fight. And there have been hundreds of fatalities in the ring since the sport began in the late 19th century with the Queensberry Rules. But overall, the history of boxing was relatively noble, with many fighters metaphorically wearing the Bible like a badge of honour before entering the ring (Evander Holyfield’s boxing robe was inscribed with the text: “I can do all things through Christ who strengthens me.”)

Holyfield became a born-again Christian in 1992. He was an excellent boxer who fought the best in his division, resigning in 2011 as the heavyweight and cruiserweight champion. He was quite vocal about his faith publicly, saying: “Nothing is impossible with God. In Jesus’ name, Amen!”

Another great boxer was the legendary heavyweight, George Foreman, the two-time world champion and gold medallist. Halfway through his career, Foreman became a born-again Christian after a near death experience where he believed he encountered Jesus. Later becoming an ordained minister, he said: “I don’t even think about a retirement program because I’m working for the Lord, for the Almighty. And even though the Lord’s pay isn’t very high, his retirement program is, you might say, out of this world.”

For many boxing fans, just the sight of 6ft 9in, superheavyweight champion Tyson Fury is out of this world. A British professional boxer of Irish origin, Fury is proud of his Christian faith, often highlighting it on his social media platform, where he quotes Bible verses. He said: “I got on my knees and I spoke to God and I said ‘listen, I believe’.” Tyson added that Goliath was a champion, a monster who had never been beaten, “and then this young guy, David, came forward, a child who believed in God, and did it.”

Compared to Fury’s gigantic height of 6ft 9in, the unbeaten 1950s’ boxing heavyweight champion, Rocky Marciano, was only 5ft 10in. In his book, Rocky Marciano: The Rock of His Times, Russell Sullivan describes Marciano as a God-fearing man. His mother was said to have guided him in the teachings of the Roman Catholic religion. Marciano would attend Mass during his training camps and before his 1953 fight with LaStarza, Marciano was seen reading The Confessions of St. Augustine.  He also regularly kept company with priests, and even dined with then-Cardinal Spellman of New York.

But Benn didn’t handle fame too well, with drugs, booze and depression deeply affecting his life as he became suicidal. However, he confessed his sins and became a born-again Christian. “I was one of the biggest sinners. Now any lie is something I could not live with,” he said.

The actor/director Sylvester Stallone, who rose to fame with the Rocky movies, told the Dove Foundation, that if one can look to God, he/she can overcome their past and be reborn. Speaking recently to CBN News, he said: “I was taught the faith and went as far as I could with it until one day I got out into the so-called real world. I was presented with temptation and I lost my way and made a lot of bad choices. I felt the character of Rocky sort of did that too. He just didn’t have the right guidance. And then he was given an opportunity in the movie—like he was being chosen. Jesus was over him and he was going to be the fella that would live through the example of Christ . . .”.

In women’s boxing, the Irish lightweight world champion, Katie Taylor, is also vocal about her faith in Christ. Inside the ring, Katie is ferocious with tremendous skill, brute force and physical stamina; outside the ring, the attractive champion is refined, classy, polite, elegant, intelligent and articulate. Many regard her as Ireland’s greatest-ever athlete.

Read more in New English Review:
• Slavery is Wrong, How Can Abortion be Right?
• Noble Savages
• Jarrell’s Little Lady and the Race Police

But she has often been mocked by anti-Christian bigots for her public expressions of faith. “It’s not something that really bothers me”, she said, but that it was a shame that in the country [once renowned for] saints and scholars, there’s very few practising Catholics or practising Christians.

However, Katie says she finds much strength in the Scriptures. “We do the weigh-in, then go for a walk, then have breakfast, then I listen to worship songs on my iPod because I’m a Christian. I always read the same Bible verses, too.”

Katie comes across as someone who has great self-discipline, a trait that’s essential for any sportsperson, especially a boxer. With that in mind, I’ll leave the last words to St Paul in 1 Corinthians 9:24-27. Regarding the need for self-discipline:

Do you not know that in a race all the runners run, but only one gets the prize? Run in such a way as to get the prize. Everyone who competes in the games goes into strict training. They do it to get a crown that will not last, but we do it to get a crown that will last forever. Therefore I do not run like someone running aimlessly; I do not fight like a boxer beating the air. No, I strike a blow to my body and make it my slave so that after I have preached to others, I myself will not be disqualified for the prize . . .