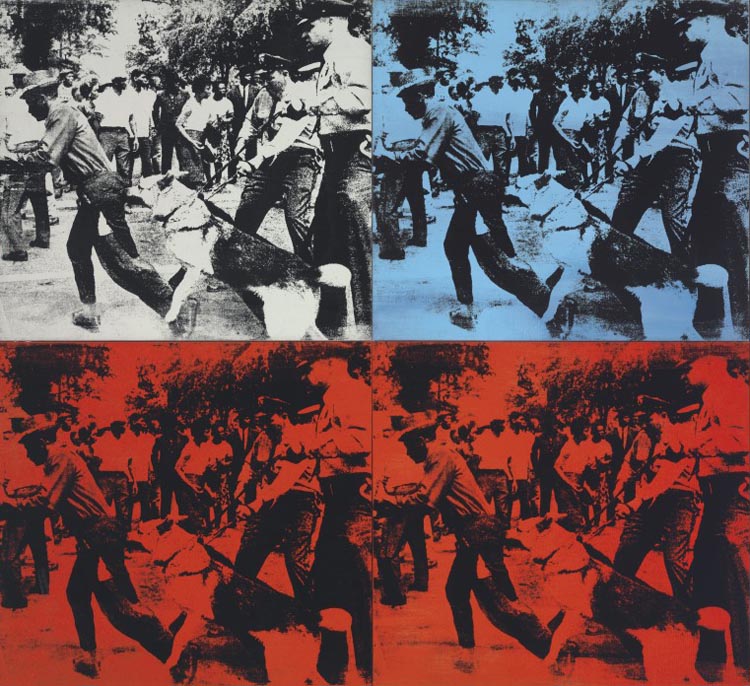 You’ve got to learn to leave the table when love’s no longer being served. —Nina Simone

Politics today is a study in cultural profanity.

Take the Black Lives Matter movement, an elective if there ever was one.

Recently, a group of 100 self-described black “leaders,” all male, lent their names to a petition that demanded Joe Biden (D) select a black woman as running mate for 2020. Needless to say, Biden took a knee before the mob. The only recognizable name midst the male petitioners was Sean J. Combs, aka Puffy, Diddy, Puff Daddy, or P. Diddy.

Combs is a hip hop-mogul-cum-rapper-millionaire. Puffy is a real leader in the same sense that Jussie Smollett is a real victim.

The other 99 “men” on P-Diddy’s list are a mixed bag of rappers, obscure wannabees, with a spritz of jocks and bush league professionals. Brother number two, a Combs acolyte, calls himself “Charlamagne Tha God” (sic). Never mind that the list is all male. And never mind that rap and hip-hop culture is ripe with racist, anti-Semitic, homophobic, misogynist, vulgar, and profane thuggish memes.

Rap rhymes with crap, surely no accident of contemporary rhetoric.

The vocabulary of rap and hip hop says all you need to know about what black men think of their sisters. Any steaming pile of rap doggerel might include such gems as; motherfuckah, cunt, tits, bitch, and ho (whore for the clueless). Only the “niggah” moniker has more currency than the terms of vulgar endearment used by Puffy’s cluster of baby daddies to describe their booty calls.

According to the article, “Misogyny in Rap Music,” Ludacris “stakes claim to three of the top ten most misogynistic songs in our entire study (including the #1 song, “Ho”). “Ho,” which features 106 uses of the word ho, was included on the 2000 album Back For the First Time.” To date, “Ho” has more than 2.4 million views on the Ludacris YouTube channel.”

Withal, the irony of any rapper posing as a feminist booster for black or any other shade of women is a little like hearing a daycare pitch from Curtis Jackson, aka 50 Cent.

Misogyny is the mother’s milk of child abuse and pedophilia on the street and in the hood. Adding insult to injury, a black American man, if he marries at all, is twice as likely to wed a white, Asian, or Hispanic woman rather than a “sistah.”

A punk might say “once you’ve had black, you can’t go back.” The truth is more like, “hit on white and get it right.” Alas, vulgar and profane sexist hypocrisy is still chump change.

The real tragedy is punk role models, the men who appear on the Diddy list, starting with Combs. Are these posers real men, real American “leaders,” the best that black America has to offer?

There are more than a few authentic role models who are notably absent from Sean’s list; names like Clarence Thomas, Ben Carson, J.C. Watts, Thomas Sowell, Shelby Steele and Walter Williams. Any one of these authentic black men alone, just to name a few, is the equal of the Combs 100.

Surely no real leader or achiever would ever insist on a skin test for high office. If “black woman” is a mandate, then Ms. Harris, like Barack Obama, just becomes another magnet for affirmative action jokes.

The monumental irony of all social justice movements since Martin Luther King’s day is the character of men who have been elevated as black role models. The bottom rail is now literally on top in music, sports, and culture.

The worst now set the tone for the rest in popular American culture, black-on-black crime written in spades.

Black lives surely do not matter today, if morbidity statistics from single parent homes, homicides, drug overdoses and related ailments tell us anything. Black community pathologies have little to do with systemic racism or white privilege.

BLM, like Antifa, is an excuse to riot, not to reason

More blacks will be killed by other blacks in a single month than white cops will kill in a decade. In Washington DC, five black children have been shot just since the 2020 BLM rampage began. Adult black road kill nationwide has spiked in every major city.

The most dangerous place for a black women, or her children, today is a neighborhood governed by the Democrat Party and peopled with black men.

Black American lives do not matter to other blacks, especially black males in music and sports subcultures. Baby daddies are the rule now, husbands and fathers are rare birds. Seventy five percent of black children are born out of wedlock. Black culture has nearly extinguished the basic unit of any sane society, the two parent family.

“Hit it and quit it” is no longer just a punk stereotype; it’s a black urban cultural norm. African American lives will never matter until black American culture and black male leadership changes.

Barack Obama and Joe Biden had eight years to address the pity parties, hate, dependency, and self-loathing rampant in the ‘hood. Most big city ghettoes, then and now, are governed by black and/or white liberal Democratic Party “leaders.” Now that Biden is running for president again, his campaign slogan could well be “mobs, not jobs.”

White privilege will never hold a candle to the kill rate, cultural ignorance, vulgarity, indifference, and pathological stupidity that now torches urban sierra hotels across America.        The 2020 election is on track to be a rolling rampage no matter who wins. Again, in a replay of 1968, black American women and their children are sure to experience the worst of it.