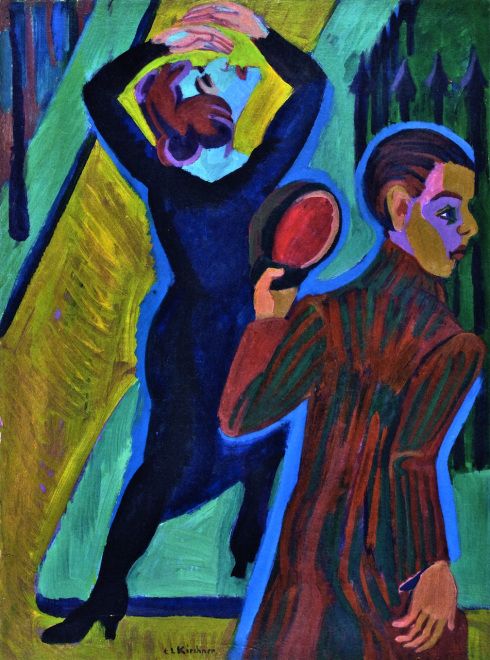 Heather Melnik and her best friend Zelena Foster mingled with the high school students moving in the corridor between classes. Both were tan-haired juniors in the New York State Medford High School Class of 1998. Attractive teens dressed in plaid blouses and knee-length skirts, they were members of the National Honor Society. The girls were branded as “geeks” by four blue-jean clad bullies led by Maryann Jones. Today, Maryann and her three followers, stalked and isolated Heather and Zelena.

Maryann became furious and assumed an attack stance, “Okay, girls use the lipstick.” The gang pummeled the two girls and smeared lipstick on their victims’ faces, arms, legs, and clothes. After the lipstick body graffiti, they tore Heather and Zelena’s shirts.

A senior class girls’ LaCrosse team came onto the scene.

“We’re done.” Maryann gave the sign to leave. “Heather and Zelena won’t tell on us. They know worse can happen to them if they do.”

“Oh dear, Heather and Zelena, I think I know who did this. Do you want to name names?”

Nurse Laura Janner faced them. “If I were you, I would toughen up next summer, before your senior year.”

“We’re into library camp, not anything like sports camps,” Zelena responded.

“Heather and Zelena, I’m going to personally make sure you’re accepted to a very special girls’ camp. If you complete a summer at Camp Delilah, I guarantee you a better life as seniors.”

Camp Delilah is on privately owned Lake Samson. Heather and Zelena arrived before sunset in a large van with four other girls. They were greeted by two staff women.

“Welcome to Camp Delilah, girls. I’m Tonga and this is Brunhilda.” Tonga pointed to their luggage. “You carry your bags into this cabin. Change into shorts and T’s, put on the bug spray, your name tags, and go to the main cabin with the Camp Delilah sign—in trail sneakers.”

Dirty-blond Brunhilda was well-tanned and well-muscled with leather bands across each bicep and across her forehead.

Tonga, like Brunhilda, was almost 6-foot, bronzed, and more muscular. “Each evening, before dinner, we have a cool-down double-time walk. It starts now. Follow Brunhilda. I’ll be behind the last group.”

The trail was narrow.Trees and brush snapped at their pale skins.

Tonga addressed the girls. “Dinner is in the main building, but first go to the pale green cabin, take off your sneakers and socks, and stand in the pool.”

A circular pool of tan mud accommodated the groups and the two counselors. Brunhilda spoke. “We’ll show you a basic grab and hold stance. Pay attention and do exactly what Tonga and I do, with your partner.”

Brunhilda dove at Tonga’s waist, lifted her up and threw her on her back into the sloppy mud. The mud-coated counselors stood up. “Once you do it right, you get to shower, change, and eat dinner.”

Tonga and Brunhilda worked with each pair to make sure they mastered the exercise.

Each morning, they swam for one hour in a well-marked lake beach. Next, the groups had to erect a three-rope bridge and walk the one-mile bridge circumference twelve times before a bathroom break.

Tonga faced the group. “We’re hiking up Mount Samson to Joshua Cliff. We come down on ropes. That’s what the gloves are for.”

After the rappelling, the hike back to the main building for lunch was silent.

“I’m starving.” Heather sat next to Zelena. “I hope we don’t gain too much weight.”

Zelena rubbed her calves. “I doubt it. Especially after the exercise room.”

Exercise was lifting free weights and punching small and large body bags. Running ended in flips, rolls, parallel bars, a knotted rope climb, and back to the swimming area. A double-time trek around the pink-dot trail ended in the mud pool with another defense-offense mud roll, until done correctly—plus, what they did the evening before. And then to dinner.

After a week, the soreness from their routines was gone. By the middle of the summer they experienced a new feeling.

“You have four weeks to go girls,” Brunhilda smiled. “I’ve noticed you no longer moan and groan. Your body is producing endorphins which are Mother Nature’s pain relievers and make you feel good.”

“Heather, I do feel like what she says. Do you?”

After camp completion, Brunhilda addressed the students at their departure formation. “You’ve done well and are a good example of what Camp Delilah can do, and what you can do for yourselves at home. You all have the address of an extension facility where once a week you’ll work out and keep in shape.”

“My parents said I looked different.” Heather looked at her tanned arms. “I gained ten pounds over the summer, but it doesn’t look it.”

“I added twelve pounds and my clothes fit better.” Zelena touched her beltline. “I can hardly wait to start school next week.”

Heather grinned. “Maybe Maryann and her losers will keep their distance. Remember, Tonga said only victims look like victims, and we certainly do not.”

The first day of school was just like the start of junior year. Girls compared their skin tans, body development, and exchanged stories of summer adventures and romances. Heather and Zelena’s friends complimented them on their appearance. Spirits were high and happy until mid-morning recess, when Maryann and her three thugs began stalking the vulnerable cliques.

“Let’s maneuver Heather and dink-face Zelena into that blind nook.” Maryann waved her friends to quick-step behind her.

“Our plan should work. Let’s retreat into the brick square cul-de-sac with our backs to the wall so they don’t surround us.” Heather backed into the shadowed space with Zelena at her side.

“Keep backing up you two twits,” Maryann grinned. “We’re going to initiate you into your senior year.” Maryann and her cronies faced their prey. “Did you stay out in the sun all summer watching clouds go by?”

Heather had her fists against her hips. “I’m glad we’re meeting in private like this. Zelena and I are embarrassed to be seen with you jerks.”

“You’ll be more ashamed when we’re through with you. First new rule for you two is a dollar apiece per school day not to leave marks on your bodies. The price doubles if you squeal to the nurse or the discipline master.”

Zelena looked at Heather. “I’ll take the two on the right. Maryann and the other one are yours.”

Maryann charged at Heather. Heather lowered her shoulders and grabbed Maryann’s waist while falling backwards raising her right foot to Maryann’s belly. She catapulted Maryann in a somersault to impact broadside on the back brick wall. Maryann’s nose was shattered, her forehead scraped, her knees abraded, and both outstretched wrists made crackling noises as they landed against the bricks. Heather confronted her second opponent and dropped to her knees grabbing the oncoming girl’s ankles. Heather flipped the girl from her feet onto her head with a loud smack. A quick kick to her lower jaw sent a set of lower teeth through the bully’s lip.

Zelena hurled her first rushing assailant laterally against the wall with an audible crunching of ribs and painful screams. The second opponent had her fists raised like a boxer and moved in deliberate steps toward Zelena, who leap-frogged over the advancing girls’s head, turned around, and sent her to the same fate as Maryann, frontally assaulting the brick wall.

The four bullies lay writhing on the asphalt pavement, bloodied, and in need of medical evaluation.

Heather and Zelena walked over to them and looked down smiling. Heather spoke, “We’ll get nurse Janner for you. If she asks what happened, just say . . . Camp Delilah.”