Can Sewer Pipes Have Minds? 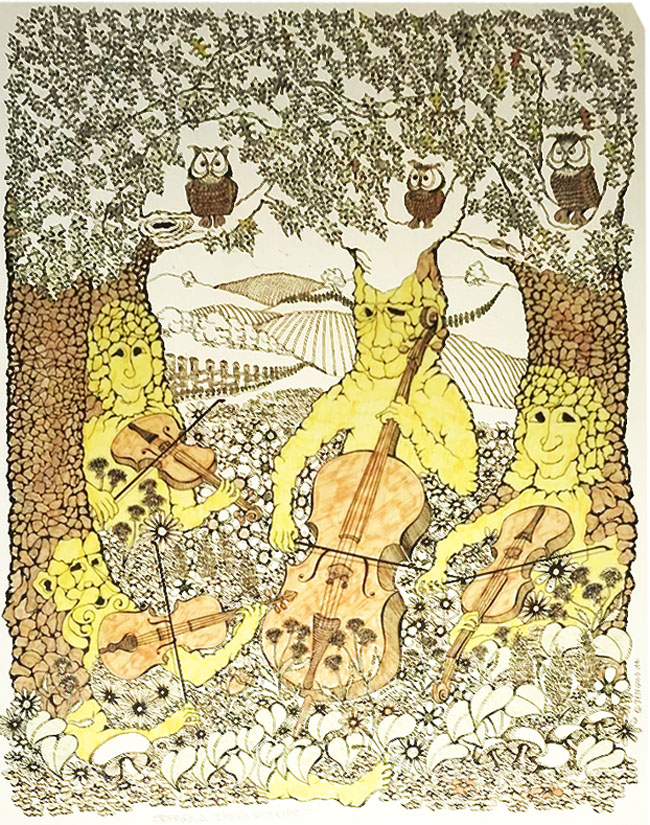 Despite the above headline appearing silly, a similar question, albeit less facetious, was posed by a biologist recently regarding the sun. The biologist, Rupert Sheldrake, ironically referred to the notion of our main-sequencing star having consciousness (panpsychism). But I want to take it a step further and run with AI and every-day domestic objects, including diapers and sewer pipes—which are seriously doomed if they have minds.

According to some (not all) panpsychists, everything is conscious, even inanimate objects. If that’s true, I’m reminded of the old Simon and Garfunkel song, El Condor Pasa (If I Could), when they sang, “I’d rather be a hammer than a nail.” If panpsychism is true, I’d rather be a hammer, that’s for sure. But it’s not just metal nails that suffer, if panpsychism is true. Spare a thought also for the fate of toilet rolls and toilet bowls. And let’s not forget diapers, handkerchiefs, cotton buds and pimple cream.

Am I being puerile or facetious? I stand guilty; it’s intentional. But jokes aside, only in academia, hijacked by scientism and anti-theist philosophers, would such nonsense be taken seriously in believing everything possesses consciousness.

But when the bizarre topic came up recently, Dr Sheldrake asked, at the Journal of Consciousness Studies: “Is the sun conscious?” It seems Sheldrake has rightly noted a “recent panpsychism turn in philosophy.”

This is not surprising as the hard problem of consciousness is the bane of materialist philosophers’ frustration ever since the ancient Greek philosophers pondered on the question of the mind and its thoughts.

In the magazine, Philosophy Now, professor Philip Goff wrote that panpsychism is increasingly being taken seriously in both philosophy and science, but it is still not unknown for panpsychists to receive the odd incredulous stare. “The supposition that electrons have some form of consciousness, albeit extremely basic, is still thought by many to be just too crazy to take seriously,” he said.

Prominent philosopher David Chalmers, who coined the term the “Hard Problem of Consciousness,” has also said: “We’re not going to reduce consciousness to something physical … It’s a primitive component of the universe.”

Mind Matters online magazine noticed: “But Sheldrake might have added that there is a panpsychist turn in science as well. After all, a mainstream neuroscientist recently argued in a science publication last year that even viruses are intelligent. And he’s hardly the only prominent panpsychist in science.”

Even New Scientist, long a bastion of materialism (naturalism), offers a sympathetic account of panpsychism, which is similar to animism, the ancient belief that everything has a spirit.

This is highly unlikely because mental states are not physical, despite the brain manifesting them via communication with other human beings and/or the external world.

I wrote about this in my previous essay, The Brain is Not the Mind, where I pointed out that computers and all things non-human are 100% physical. And on the question of AI ever having consciousness: How could a robot ever have a spiritual vision of reality? How could it even be emotional? And even if it could tap into our feelings, how confused would it be with such a complex network of semantics and emotional states?

In fact, it would probably view movies like Deliverance as a love story where Cupid’s arrow goes straight through the heart of a hillbilly shouting, “Squeal like a pig!” For that matter, could pigs have consciousness? Or sausages? And what about bees?

Science writer at Mind Matters, Denyse O’Leary, wrote: “What exactly, does ‘consciousness’ or ‘feel and think’ mean when applied to a bee? This usage is no remote outpost. Renowned USC neuroscientist Antonio Damsio tells us that viruses are ‘intelligent.’ Similarly, University of Chicago biochemist, James Shapiro, tells us in a scholarly paper that all living cells are ‘cognitive.’

Could any object at a funeral ceremony feel emotion or be aware of the weeping human mourners? And if panpsychism is true, would coffins be aware of containing the rearranged atoms of deceased homo sapiens?

But forests, valleys, sewer pipes and every other existing thing in the universe didn’t always exist. This brings us back to creation of the cosmos, and the existence of a Necessary Being, and does such an entity ground the existence of all existing physical and abstract objects?

Tables, chairs, oceans and mountains didn’t just pop into existence or evolve out of nothing. Such physical things, even if they are to contain consciousness, had to depend on a non-physical, all-powerful, eternal creator. Some philosophers call that a Mind; I call it God. In a nutshell, I believe that the concept of panpsychism is a bizarre solution to the difficult Hard Question of Consciousness that frustrates materialistic philosophers and scientists. They desperately want to fit it into the natural world, even if it takes something spectacularly surreal.

The philosopher of Mind, Ed Feser, says that brains are the most complex things in the universe: “Why suppose that all matter, and especially the most elementary matter, is plausibly modeled on them? Surely the prima facie far more plausible bet would be that most matter is radically unlike brains.”

But it’s not just panpsychism that has allegedly come to the rescue of materialist philosophers and scientists. Another surrogate concept to avoid using the ‘G’ word is the so-called multi-universe, which claims that the fine-tuning of our universe is nothing special in such a gigantic ensemble of other universes. So, while Mount Everest gazes up at the cosmos and marvels at the multiverse, spare a thought for your handkerchief as you blow your nose.

PrevMarital Happiness
Today’s Law and Justice in a Trecento FrescoNext