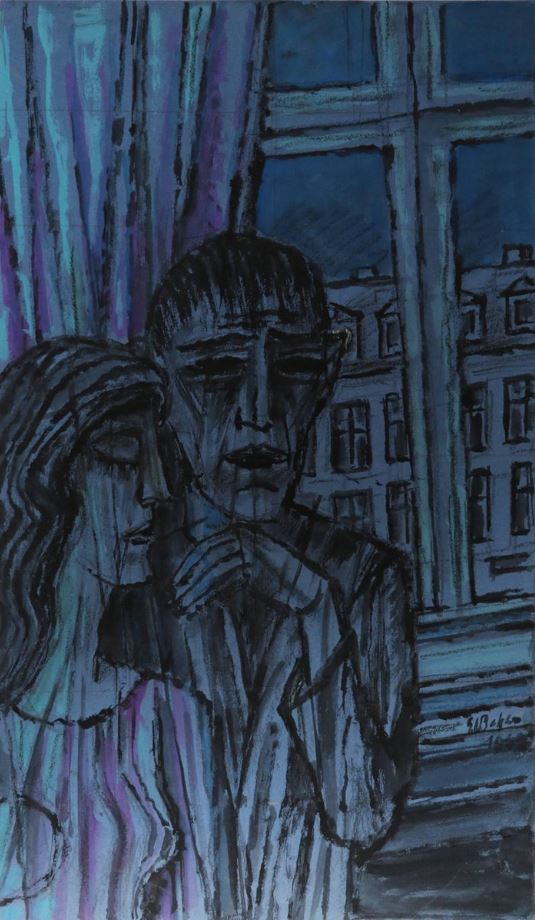 Censorship takes many forms. One form is the withholding of words from general circulation. A classic example is ‘Londonistan,’ which is the title of a book. Melanie Phillips, the author, had great difficulty in finding a publisher; no main house would take it, even though she is a distinguished and successful writer, and in the end it came out with a minor publisher, Gibson Square. Her argument was that Britain had become the European hub for the promotion, recruitment and financing of Islamic terrorism, whose adherents are a fifth column in the land. Ideas that kill are spread over a continuum of religious thought. Londonistan was published in 2006, since when Phillips’s argument has made long strides. There have been numerous terrorist attacks. White flight, coupled with migrant growth is the feature of London today as it has been for years. Migrants have greatly swollen the London population as the latest figures from the Office of National Statistics prove: in central London, the population has increased by 44% over five years. In Tower Hamlets, over a third of the population is of Bangladeshi origin. At the other end whites have departed for good. A startling ray of light had come from the BBC, in a well-researched report (February 20th 2013). It was headed ‘Why have the white British left London?’ The story was never elaborated or returned to. There is not much in it for the indigènes without a good job or secure base: housing costs are ruinous, as are commuter fares. The huge increase in rental charges stems from the migrant influx. Central London congestion pre-Covid was acute; you could spend a lot of time in a taxi, motionless, while the meter ticked. Since Covid-19, many office workers in London have taken their opportunity to stay away, while the migrant communities have nowhere to go. They remain in situ and multiply. But the Phillips analysis gets no kind of public hearing, though her book is in print and the latest official statistics cannot be gainsaid. The term ‘Londonistan’ is proscribed in the media: the authorities do not want to talk about the subject, and the State policy of appeasement to Islam remains unchanged. In 2006, London was the European hub of al-Qaeda. !5 years on, it is the hub of Hamas. The term is still proscribed.

Another form of censorship is imposed by protesters. Oxford University is now a humming hive of sensitivity. The university student newspaper is to be vetted by ‘sensitivity readers’ to stop it from publishing ‘problematic’ articles, and the students’ union plans to set up a ‘Consultancy of Sensitivity Readers’. They would be elected and paid. The campus newspaper Cherwell is held to be implicitly racist or sexist–its excesses must be checked. There is naturally a mighty resistance to these plans. But they have great appeal to Oxford students who could henceforward claim on their cv, ‘I was a sensitivity reader’. It could lead to a permanent relationship with the Guardian.

Fraser Nelson, the Editor of The Spectator, wrote: ‘Editors know that to question the climate change consensus or the transgender lobby, for example, you will need to get ready for battle. To question lockdown, now, is to invite a volley of vexatious complaints from activists via regulators . . . It sends a menacing message: that certain difficult subjects are best avoided altogether.’ (The Daily Telegraph, 11 March 2021). Quite. But the difficult subjects are precisely those which stand in need of public discussion.

Of these, immigration into the UK is the most sensitive and contentious subject. The Government has admitted that it simply does not have any idea of the number of immigrants, legal and illegal, dwelling in this country. And yet, based on what we do know, that number is huge and steadily increasing. The latest signal comes from EU citizens dwelling in England who are now applying for permanent settlement. The number is almost twice the expectations of officialdom. A failure of policy, then? Hardly. The Government does not want the question to be aired, and is content with Donald Rumsfeld’s ‘known unknowns’. Take the case of Bristol, a fine city, noted for having a slave-owner statue hurled into the harbour under the benign gaze of the police. Bristol returns three Members to Parliament. All are Labour; nothing odd about that. It is big city form. But Bristol West‘s Labour MP, Thangam Debbonaire, had in the 2017 General Election an astounding majority of 37,833, with 65.9% of the vote. She was returned in the 2019 General Election, with an increased turnout. Bristol West has an enormous Somalian population, with decided views which are hardly on the same wave-length as the nation. They voted Remain in the 2016 Referendum, by fractionally under 80%. The nation voted 48% that way, with 52% for Leave. How did this Somalian takeover come to pass?

That constituency is the clearest testimony to the alliance between Muslims and Labour, and its power. The Muslim vote goes 86% to Labour. In the recent Batley and Spen by-election, Labour won only by the narrow margin of 323: but that was because George Galloway siphoned off 8,000 Muslim voters. Galloway is a privateer who saw an unguarded vessel, and sought to cut it out and tow it away to a safe harbour. He is hugely admired by Muslims who remember Galloway for praising Saddam Hussein for ‘your courage, your strength, your indefatigability.’ It is an alliance that accounts for the block vote of the Parliamentary constituencies of Manchester and Birmingham, and the election of Sadiq Khan as Mayor of London. The alliance is not however all-powerful nationally, because its big-city votes are ‘wasted.’ What can you do with a majority of 37,000, that you cannot do with a handful? (An experience I once lived through in Brighton Kemp Town, whose M.P. was elected by seven votes.) We shall have a better idea when the results of the 2021 census are published next year. But it will not give an accurate picture, because the census reveals only the people who fill in the census form. Those who dwell illegally in Britain have no interest in informing the authorities of their names and dependents. It is thought likely that the 2021 census will be the last, since it is both expensive and useless.

Self-censorship and Internet censorship do much of the State’s work. Simply, the State has outsourced its policies. But the grand question is surely the narrative which the State wishes to impose, and is questioned or flouted by the people. The great doctrine is that Integration is good, and Separatism is bad. But separatism is the chosen preference of many Muslims, who dwell in what are now called ‘minority-majority’ communities. They contain no-go areas for the police, and live by their own values, which derive from Sharia. ‘One nation,’ the Government’s poster-value, looks increasingly implausible as the nation’s core belief. Yet the Government backs an anthem composed by schoolchildren with the title, ‘One Britain, One Nation’ with the lyrics ‘We are Britain, And we have one dream, To unite all people, In one great team.’ The song was sung for OBON day. It would have been welcomed as another Children’s Crusade, had not ‘Crusade’ been unacceptable to the usual suspects. Unsurprisingly, it has prompted a savage backlash, not least from Scots Nationalists. On Black Lives Matter, the State prudently drew back from voicing an opinion. But those who go to football matches do have one. In the run-up matches to the Euro championship the England team was booed by thousands of England supporters before play started. These spectators objected to the England team taking the knee, in support of BLM. The FA (Football Association), the State’s proxy, wrung its hands but was unable to prevent the people speaking. They did. Football, the spoilt and indulged child of democracy, had questioned the State’s orthodoxy.

Censorship is a great deal further on than the primitive methods of (say) wartime scanning by officers of soldiers’ letters home. It goes well beyond the restriction of language to approved terms, and the heightened sensitivity to what is deemed ‘offensive.’ What is ‘offensive’ must be stopped, or cancelled, as in the case of David Starkey whose unwise comments on Africans effectively ended a distinguished career. What might have passed as High Table banter a couple of decades ago became a death sentence on the speaker. This movement is not exactly ‘censorship,’ but it serves the purposes of the censors: Cato lives. For him, the great cry was Carthago delenda est (‘Carthage must be destroyed’): today’s Carthage, denounced openly or implicitly in the speeches of public men, is racism. That too must be destroyed.

The enduring passion of the State is thought-control, a passion that is unrequited. There never has been an era when people had more access to hitherto guarded information, and more available channels for making their views known. The larger question of thought control by the authorities is never absent, usually in the wings but occasionally venturing on stage. The model for study is the Moniteur Universel, which became, said Comte Molé, as cited by Andrew Roberts in Napoleon the Great (2014), ‘nothing but the docile instrument and depository of all [Napoleon’s] desires.’ Napoleon used to read the Times, because he could get from it a more accurate account of recent battles than his generals came up with. On that basis, ruled Napoleon, ‘anything that might disturb the tranquillity of the State must be excluded… Censorship should pay no attention to anything else.’ (p.244) The State is currently going to great lengths to preserve its tranquillity.

PrevWhere Have You Gone, Jimmy Baldwin?
The World Upside DownNext