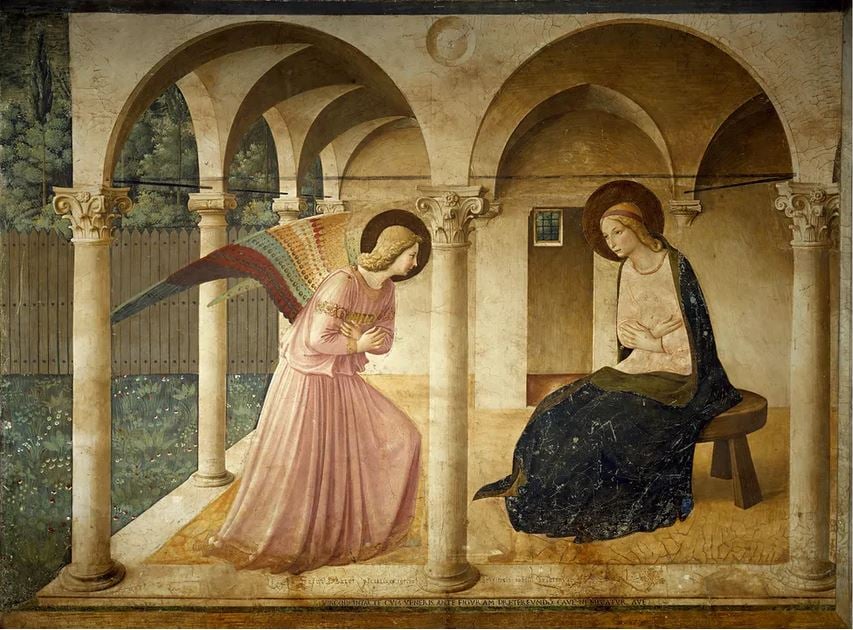 There are 2.4 billion Christians in the world, 1.9 billion Muslims, 900 million Hindus, 500 million Buddhists, 15 million Jews and 7 million followers of Baha’i, a relatively new religion founded in the 1860s.

But there was a time when there were no Jews in the world, until Abraham, a Semite, decided to concentrate the power of the many pagan gods into One. The new religion that formed around this brave new concept was Judaism, whose followers referred to themselves as Jews. There was a time when there were no Christians in the world, until the life of Jesus Christ—a Jew—became the template upon which Christianity was founded. As with the early Jews, the first Christians were persecuted as heretics, but their numbers, unlike the Jews, grew exponentially.

For any idea—philosophical, juridical, moral, religious—to take hold and endure over time, it requires charismatic spokespersons and devotees willing to sacrifice lifetime and sometimes life for the cause, in order to attract the necessary support and numbers to warrant the creation of a territory where it can thrive and survive all manner of threats from without and political and social upheaval from within, the fact and feat of which serve to render the idea even more attractive to potential converts.

Thus, as it concerns securing its membership and institutions, every religion is bound to consider matters unrelated to the nature and worship of God.

As the numbers tell, Christianity, Islam and Hinduism have been overwhelmingly successful in attracting adherents while other religions have floundered or completely disappeared. Which begs the question, what insights did their founders and administrators have into human nature and human behaviour that allowed their numbers to grow? What succour (consolation) could they offer to human suffering, to the human condition that made them so successful in winning over the estranged and disaffected?

Hinduism, in respect to India’s foreboding climate and geography, not only understood that there could be no practical answer to institutional, caste generated poverty, but that human beings are not constituted to live without hope. So, with a mind on preempting the inevitable revolt and rebellion poverty spawns, Hinduism, as one of its founding principles, introduced the dual concepts of rebirth and reincarnation to appease and console its permanent and multitudinous underclass (the untouchables). The net result of that initial insight is that the religion continues to flourish to this day, and the privileged continue to enjoy privileges that ordinary persons of good conscience must regard as scandalous. And not withstanding that ‘hope’ in and of itself is strictly non-denominational, Hinduism successfully stitched it into the fabric of its belief system, stretching it to serve both political and spiritual ends.

In deference to class distinctions that would divide society into the literate-elite and the majority-illiterate, Christianity, which in 30 A.D. was more of a rumour than movement, made the determination that written text alone would not be sufficient to create disaffection among Jews and Romans with their religion. So very early in the game, it sanctioned iconography (he pictorial representation of a subject), so that its founding narrative, the Christ story, would enjoy a huge visual edge over all other competing theologies. Christianity’s first disseminators and ambassadors grasped that—at a mere glance—a potential convert could appreciate at some level the beauty of an image or icon, and once drawn into the orbit of the eye flattering experience, by association, would be friendly to the religious rites and doctrines in which the aesthetics were embedded.

Judaism, on the other hand, fatefully proscribed both iconography and proselytizing (actively seeking out converts), and has suffered the consequences ever since if we accept as fact that majorities are never persecuted and minorities, if not always, are vulnerable to persecution. Judaism, in chronic short-supply of members, has been on the short end of the stick for most of its history, the brutal facts of which have been forcefully documented. In the 12th century, fed up with its minority status and punishing exclusionary laws, in an attempt to level the playing field, it approbated the practice of usury, which Christianity at the time forbade. And notwithstanding that money lending became the algorithm upon which the institution of banking came into its own, usury did not win the sons of Abraham friends and defenders.

Christianity’s genius is that it understood man’s vulnerability to the immediate aesthetic effects of the image, of the uplift experienced in the presence of beauty. By incorporating into its founding principles and procedures an aesthetic counterpart, it seized the perfect medium to disseminate its doctrine such that even men of reason could not help but embrace the bold proposition that God willed Christ back from the dead.

While intended for Christians only, Christian iconography has lavished the world with unparalleled beauty, and has been paid back in kind via homage, pilgrimage and imitation. Even in the heartland of Islam and Hinduism, visitors will find noteworthy examples of Christian iconography in the form of relics and ruins.

Compared to Christendom’s magnificent cathedrals (a blossoming in stone), the synagogue, for example, is a blunt production, a bleak house which must fail to produce the awe of, let’s say, the magnificent cathedral in Vézelay, France. In a small Burgundy town of less than 1,000, the Basilique Sainte-Marie-Madeleine towers, lords over everything man made: the tiny, terracotta roofed homes, the low farm buildings and surrounding orchards. To an uneducated peasant, it would require no sleight of mind to convince him or her of God’s willful participation in the awe-inspiring production, especially in the context of primitive 12th century technology.

From 500 AD to the Renaissance, it was Christianity that inspired the unprecedented advancement in cathedral construction (Chartres, Rheims) and the explosion in the visual arts, culminating in the unsurpassed frescoes of Duccio (1260-1319) and Giotto (1276-1337), and two centuries later, the inimitable Madonnas and Child by Raphael, Leonardo, Botticelli and others. During this time-line, Christianity’s numbers grew exponentially, in no small part due to the affect and penetration of these Christian masterpieces on everyday consciousness, which not only encouraged the curious to enter and defend the faith through thick and thin but persuade others to sign up.

What all religions must concede to iconography is that even the most skilled rhetorician will be hard pressed to distill the essence of piety and holiness compared to the immediate effects of pictorial representation of the same.

In rural Italy in the 17the century, even the slack-jawed, run-down peasant could not remain indifferent to the charms of Botticelli’s Madonna del Magnificat? One look and you already know you want to spend the rest of your life in her slender solicitous arms; the perfect embodiment of spirit and warm flesh on cold winter’s night, especially when measured against the tired wife who has spent the long day behind the plough, bent out of shape by a succession of children, her scent and comportment not altogether dissimilar from the beasts of burden that were housed in an adjoining room. How could this good woman be expected to compete with the saintly womanhood offered by Botticelli?

Adding hygienic insult to injury to the status of women, when the Christians finally conquered the Moors in Spain, one of their first official decrees was to close the bath houses, which, in consideration of women’s more complicated anatomy, did not enhance their standing next to the pristine Madonna and Child. That Mary—from Fra Angelico’s Annunciation, —a woman sublime but also very much of the flesh, might excite impure thoughts would not be an unusual occurrence, fortuitously anticipated by the convenience of the confessional merely steps away.

As if its numbers and advantage weren’t already secured by its magnificent iconography, Christianity’s music, like its cathedrals, reigns supreme over all other religious music. There’s a case to be made that Bach has done more for Christianity than Jesus himself. What we get—and from which there is no escaping other than apostasy or lobotomy—from Islam, Judaism and Hinduism are endless monotonic marathons that are more likely to inspire torpour than religious awe. The devout, once engulfed by the unceasing drone that must suffocate even the most lucid text, eventually succumb to a world weariness which is then confused with the abjectness demanded of them by their faith. Christianity’s music, even at its mournful saddest, is brilliantly inventive, and in its quiet exultation and ineffability speaks to man’s dignity and civility like no other art. It is through music and music alone that we begin to suspect there is indeed a heaven on earth, and the band is Christian.

That said and sung, Christianity has not fared well in the 20th and 21st centuries: its numbers are on the wane while secularism is picking up the slack. If Christianity pulled ahead of all other religions consequent to its insights into the non-negotiables of human nature, secularism is proving to be even more insightful, recognizing that human beings are too weak to refuse a template where, pace Dostoievsky, “everything is permitted,” since one only has to deal with the consequences in the here and now in this lifetime.

So with the best of both worlds on the 21st century menu—Christian iconography and Internet content—it is now indeed possible to have your cathedral and bacchanalia, too.

PrevRacism is Not the Core Variable
Eyes on Fire, Little BeggarsNext