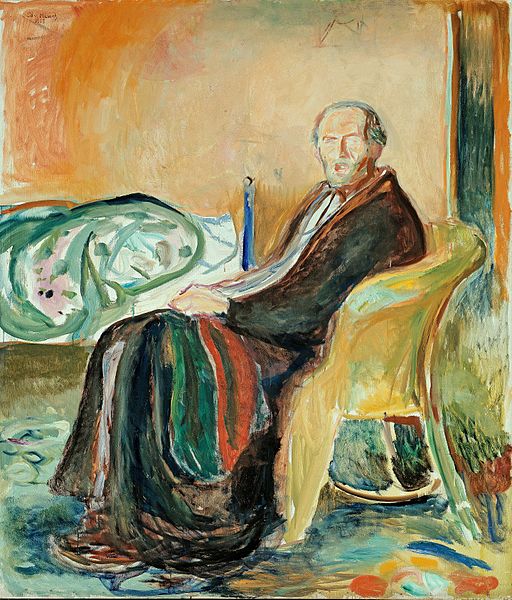 Self Portrait with the Spanish Flu, Edvard Munch, 1919

The results from Spain’s general elections held November 10, 2019, gave birth to a unique government coalition. The Socialist party made the unprecedented decision of building their majority in congress with the support of The Communist Party (Unidas Podemos), as well as the extreme pro-independence parties; representing the regions of Catalonia and the Basque Country.

The poor management of the initial stages of the crisis is a clear example of the irresponsible attitude of President Sánchez. He remained silent for too long, in spite of the January 31st warning from the World Health Organization, as well as the cancellation of the Mobile World Congress which takes place every February in the city of Barcelona.

There are three critical stages in the management of a pandemic process. The first stage is the Detection of a few isolated cases. The economic measures are aimed at ensuring the essential services required for the functioning of the State. It is difficult to understand why the government did not take immediate action since the first positive cases of Covid-19 were reported during January. “Patients zero” were fully confirmed, between January 25th and the 31st, making it clear the need to have declared the state of alarm back then. While the Covid-19 virus was spreading nationwide, the government avoided activating the 2nd phase, Containment of the disease. The Italian precedent was not enough to establish the Central Government’s control over the crisis. During February and early March, everybody could access public events. Was more important to uphold sports events than take care of the public health? 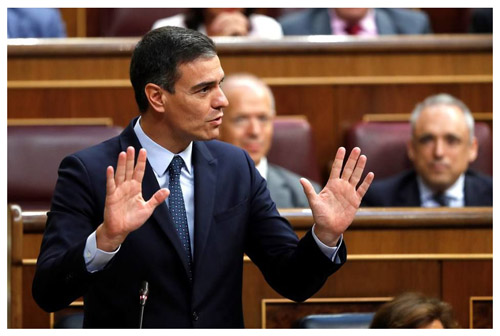 It got worse. The Minister of Equality publicly encouraged the population to join The International Women’s Day march on March 8th. It was one of the worst anti-feminist acts in its history. Couldn’t it have been postponed? The first coronavirus statement made by President Sánchez, was done via his twitter account on March 10th, confirming that 1,622 persons had already tested positive for the coronavirus! We were already in the third phase of the pandemic process: the panic period as a result of the government’s negligence to take prompt action.

Our scientific community is hopeful that an effective vaccine or antiviral (decoding the Covid-19 genetic info) will be quickly developed. German Lab CureVac, among others in the US and China, are currently dealing with an experimental vaccine, but setbacks in delivering the patent are starting to arise.

Besides our passive president, there is a long list of institutions that should have shared the responsibility of taking action. For instance, the Ministry of Public Health, who completely disregarded the early warnings from healthcare professionals, suggested there was no need whatsoever to create a state of fear in the population. Our community of healthcare workers have become our lonely heroes at the forefront of this fight. Our Parliament’s duty, as the first political institution in Spain, is to spearhead the attack, yet it is on vacation. Our Congress is closed down. Our Deputies are supposed to be working remotely from their homes. Our Social Security system, facing Covid-19, is now treading water. The naked truth is there are a great percentage of infected asymptomatic patients, and a clear discriminatory profiling—based on age and type of symptoms—of those individuals selected for test kit.

What about the rule of law? The state of alarm was approved on March 14th and is to be controlled and supervised by the Congress. Fundamental rights such as freedom of movement or entrepreneurial freedom can be limited but not deprived. The intervention of privately-run companies (i.e. hospitals or medical facilities) to address the crisis will henceforth be practicable.

Approval from Congress is required for the Government to enact the state of emergency decree. This way, another group of liberties can be undermined (even with a delayed controlled by the judiciary). For example arrests and detentions; house searches and controls on private communications and press; banning movement of people, vehicles and public meetings.

The state of siege—in conjunction with the two other states mentioned in article 116 of the Constitution—is the next step towards facing the chaos. Essentially the state of siege needs to be declared by Congress, under the prior submission by the Government. In addition to emergency legal prerogatives, the Executive can also suspend guarantees of due process provided to the detainee (e.g. in case of riots and shortage of resources and commodities in the domestic market). The Congress must list what sorts of criminal offences are included in the jurisdiction of military courts.

Proclamation of states of alarm, emergency and siege shall not modify the principle of liability of the central and regional governments, as recognised by the Constitution and the law. Accordingly, there is a direct material responsibility of the State for wrongful damages and its negligence by not declaring the state of alarm on time. The families and victims of a deceased could sue the Government in court by filing a civil class action challenge. At present, some of them have filed criminal complaints against those suspected of having committed crimes of prevarication on this issue. Those charges may include manslaughter and injuries caused by wanton or reckless conduct.

Risk and pandemic mismanagement will truly have consequences in the international sphere, apart of the common struggle against Covid-19.

The People’s Republic of China (PRC) is directly responsible for spreading some of the last few plagues including: Avian influenza (H5N1) in 1997, replicated, in 2003, in other regions of Southeast Asia; Severe Acute Respiratory Syndrome (SARS) in 2002-2003, and the current Covid-19 pandemic located, initially, in the region of Wuhan. The Chinese manufacturing, distribution and sale of foods need to be changed accordingly—along with sanitary protocols- to comply with international standards. Otherwise, from time to time the fateful story shall be repeated itself over and over again.

Indisputably, PRC has violated Articles 1 and 2 on Responsibility of States for Internationally Wrongful Acts according to resolution 56/83 of December 12, 2001, adopted by the General Assembly of the United Nations (the text of the 59 Articles was annexed to the resolution). It was updated with other resolutions: 59/35 of December 2, 2004; 62/61 of December 6, 2007 and 65/19 of December 6, 2010. Obviously, they are non-binding rulings.

If no international treaty exists to enforce China to repair the damage caused to the rest of the world, the only option we are left with is to rely on the Chinese Government compliance programs aimed at preventing people from contagion.

Last but not least, this pandemic has rendered Spain more united and stronger than ever.

Jorge Vila Lozano a Spanish lawyer with a Ph.D. in law and 20 years of litigation experience in the European Union courts. He lives in Madrid.