Days of Swine and Poseurs 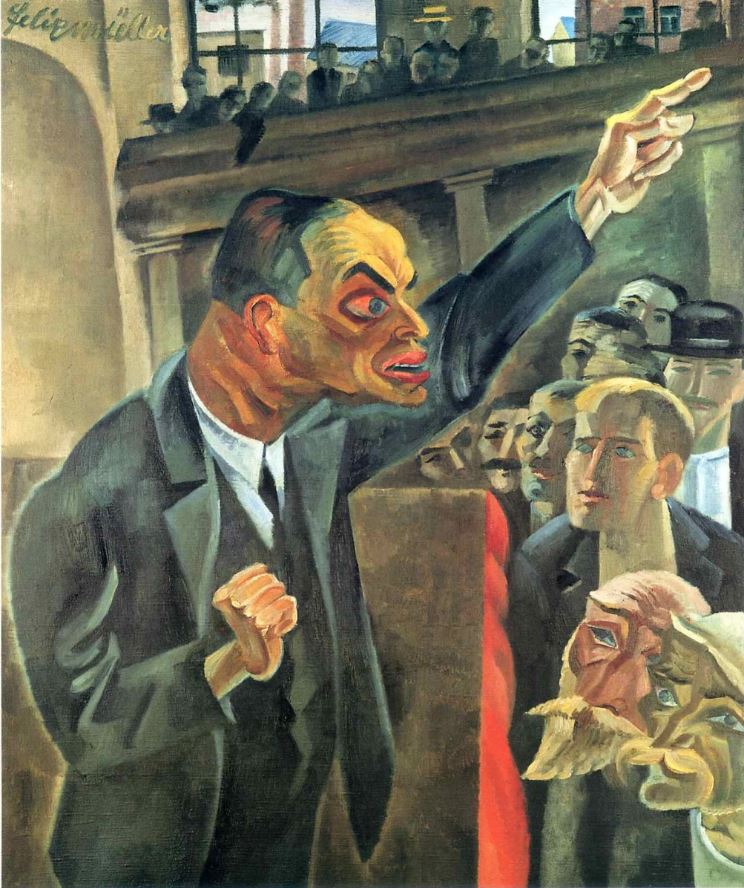 Hatred is the most accessible and comprehensive of all the unifying agents. Mass movements can rise and spread without belief in a god, but never without a belief in a devil. –Eric Hoffer

The year’s not six months old and yet it seem like a lifetime. Coup plotting at the FBI and CIA, a supreme court nominee lynched, a faux impeachment, a Covid plague fueled by hysteria, a self-inflicted economic recession, and now urban America is tortured by fire and riot at the hands the hands of angry urban mobs.

Now a legion of white suburban snowflakes has been weaponized too.

A black man killed by a white cop is now tragedy, 8000 blacks killed, mostly shot, by other blacks last year is “just another statistic.” Between 1999 and 2018, a half million Americans died from drug overdoses. Black casualties top that list. Ten blacks were killed by blacks in one day on a recent weekend in Chicago alone.

Surely black lives matter, but not as much those systemic and cultural pathologies that have little to do with racism. Alas, the worst is yet to come; a general election is again primed to detonate in November.

Hard to take it all in, no less digest or sift the ashes for any real meaning. Anarchy and reason are mutually exclusive. 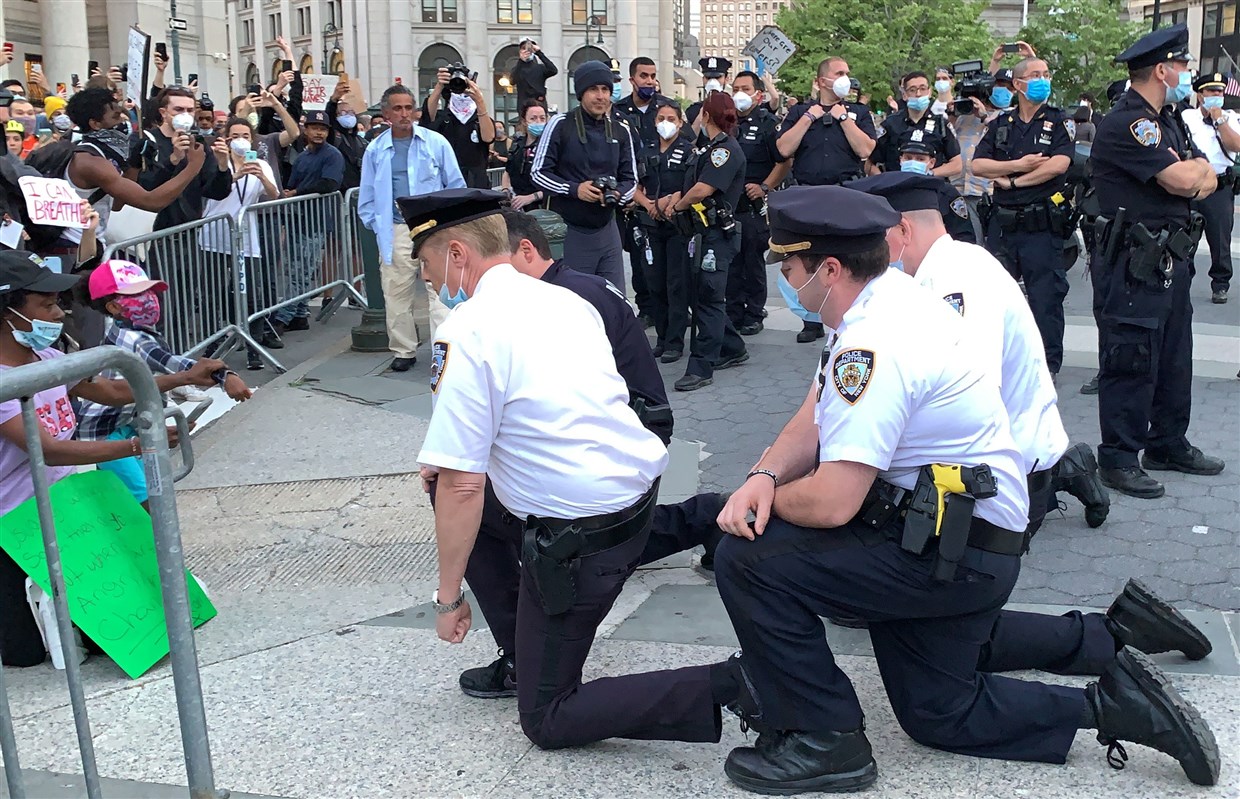 Some say, as they did in 1968, that we are on the “eve of destruction” —again. Unfortunately, dated hippie lyrics don’t quite capture the unique lunacy that prevails today.

Democrats haven’t been this anarchic since Lincoln was president. To boot, since 1865; Jefferson’s legates have migrated from countryside to city. Flyover country, and the South, is now a traditional or conservative demographic. American cities, in stark relief, are now a toxic mix of anarchist, socialist and/or neo-Marxist sinecures—servile liberal ghettos coast to coast; from New York to Chicago to Minneapolis to Portland.

Ironically, restive blacks, freed by Lincoln, followed their old Party masters to those new and now more oppressive urban plantations. Joe Biden lectures African Americans with little fear of contradiction: “If you have a problem figuring out whether you’re for me or Trump, then you ain’t black.”

If voting records matter, demagogue Joe is as right as he is senile and white. For urban liberals, an American black is a reliable, servile, if not indentured, Democrat voter. The party of slavery is still the party of . . . well, you get the picture. Let’s just say, if dependency is a metric, it isn’t red hats or the MAGA crowd that keeps American blacks in their place.

Far right and far left elites would like to blame all that has transpired recently on the King of Queens. Actually, there is more than a little evidence to suggest that Donald Trump was a catalyst, if not the culprit, for the 2020 inferno.

If you were to audit critics left and right, or media mandarins; Trump has been an equal opportunity offender. Trump is not that popular with anyone except folks who can count—or people who think for themselves. Trump ran outside the box as an independent in 2016 and won. There’s no reason to expect that he will lower that Jolly Roger between now and November.

Having tried every gimmick in the book to unseat Trump, the tactic of the moment is to paint all black pathologies as products of white racism, white privilege, and/ or white supremacy. Media hate, an attempted coup and a faux impeachment didn’t work, now its pitch forks, tar, and feathers right through November .

Racism is the kind of smear that never stops giving.

In the American social circus, race and exploitation are soul brothers.

If and when truth ever matters again, the black/white binary world view, so prevalent today, will be seen as the mother’s milk of social pathology. Ironically, black activists seldom think about how misguided racial fanaticism contributes to re-segregation and exploitation, a modern urban culture that makes antebellum America look enlightened at times.

Think for a moment about all those social, professional and athletic groups that now use the adjective “black” as a predicate: Black Caucasus, Black Students Association, black fraternities, black police, black firemen, black this and that . . . ad nauseam. How do all these, race or melanin based, adjectives live up to the MLK admonition to judge people by their character and not their skin color?

If your primary professional or social affiliations have a skin color predicate, how are you not a bigot? Re-segregation and black bigotry is social recidivism. Given the social memes trending at the moment, structural and “systemic” stupidity might be the real social pathology.

Examples include the public school system, historically black colleges, college football and basketball, the NBA, the NFL, BET, and most recently BLM. How are college and professional sports not minstrel shows when all the entertainers are mostly black whilst the fans, owners, students, and administrators are white?

Self-segregating colleges never attract the best scholars or athletes. Few black kids can afford a ticket to see their black heroes play ball at any level on any day.

Put aside the vulgar tropes in the rap and hip hop subcultures, Broadway and Hollywood now exploit racial stereotypes and appropriate culture simultaneously. The play Hamilton is an example. What message does a black kid get from seeing a black adult rapping about fake history in white face? A rhetorical question to be sure as few kids, black or white, could afford a Broadway show any more than they can afford to see an NBA game in the flesh.

Still, masques such as Hamilton are like Beyoncé’s blond wigs, cultural appropriation run amok. More to the point, how on God’s green earth is black bigotry and self-imposed apartied the antidote to white racism, historical or contemporary?

If America doesn’t get off its knees by September, surely we will be on our asses in November.

We might end this argument here, but we can’t leave without mentioning beleaguered police officers across the land. Blue lives matter too. If we are serious about dirty cops, then we should start at the top, say the 7th floor at FBI HQ before we “defund” or disband the Minneapolis Police.

The tone for any institution is set at the top, bring those top cop coup plotters in Washington before the bar and then let’s worry about local police reforms.