Translated from the Hebrew
by David Solway (May 2022) 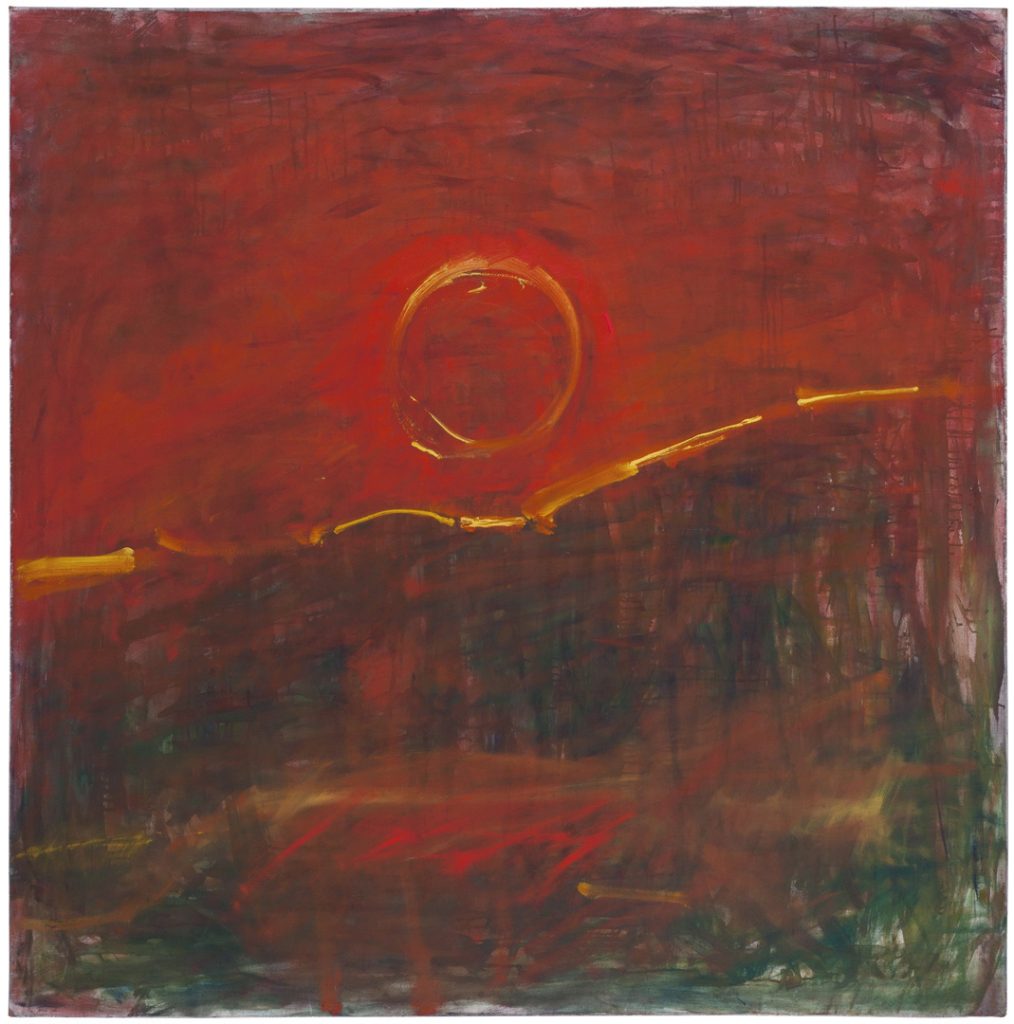 A Sad Day in Heaven

The Lord said
let there be night
and there was night;
let there be darkness over the face of the earth
without stars or moon to illumine the pathways,
and it was so;
let the waters of the Heavens remain undivided
and descend in curtains and shrouds over all My creatures,
and it happened as the Lord commanded.
But then the Lord said
I was only joking.
Alas, it was too late,
the earth had already been obliterated,
the dead remained stubbornly dead,
there was no one left to appreciate the joke
or to forgive the Ultimate Prankster His wayward humours,
His Jewish sense of mischief,
except a family and a few animals.
Many species were lost forever.
It was a sad day in Heaven.
Never mind the waterlogged bodies of men,
the animals and plants sunk in the bogs,
never mind the angels who were envious to begin with
and who are always high and dry,
never mind the Fiend whose fires cannot be extinguished
and whose inventory is replete with souls.
None of this matters.
It was a sad day in Heaven.

An Open Letter to God

I can’t be sure that You’re there
to receive this letter
but I’m writing anyway,
just in case.
I’m writing to forgive You
for the distance You keep
from the toiling multitudes
like some reclusive billionaire
in a castle in remotest Scotland,
and to forgive You
for the cruelty of Your indifference
and also the great anger
You have been reputed to indulge—
notice that I capitalize my pronouns,
just in case.
And yet I have always admired You,
indeed, regarded You with awe and trepidation.
More than that,
I have always loved You,
not as I have loved my friends,
few and far between,

What’s done is done.
Let us be mutual in tautology.
But between You and me,
if You are not there
to receive this letter,
or even to dismiss it as a trivial irritation,
know this for a fact.
If You do not exist
I will never,
and I mean never,
forgive You.

Giving up’s the only blunder.
When the world was created
and everything rushed asunder
into flickering sparks instead

of fit coherence in the scheme,
the first conception, or the stuff
of thought and fire, of fact and dream,
the Lord observed and cried, Enough!

before this flaming-out should fly
too distant from the radical.
Though most imperfect, why destroy
what we can partially recall?

There is a point at which we cry
Enough, if we could once discern
pride of self-destruction, defy
the urge to see the world burn.

The Cabinet of Curiosities

Here is a Persian ceramic:
whoops, my bad.

Here is a stuffed merman:
notice the…

Here is a King James bible:
damn those firebrats.

Here is a perpetual pendulum:
well, I don’t know why.

Here is a Greek amphora:
whoops, my bad.

Here are some Mamluk coins:
hey you, come back!

Here is a Saracen dagger:
no, no…

Song for the Negev

And now, after the silence
of the desert,
the dry ascetic wind
and the parching lexicons of dust,

and after the austere
eloquence
of the bramble bush,
the yellow sere of its flower

and after, too,
the wintry reticence
of stars,
and night like an empty well,

you are the language
I have begun to speak,
the word that sings in my throat,
slaking every thirst.

And behold, there came a voice

Was it the still small voice I heard?
More likely highway hum
or radio static from the neighbor’s house
or the faint buzz of the wire after the transformer blew
or the tiny wail of an eft escaping the predator
or the creak of a swing’s chain in the park
or maybe it was the zephyrous snoring of my lady love
enjoying her afternoon nap.
But whatever its source
it was not in the great roar of Jumbos taking off from Ben Gurion
and not in the Kassam exploding in Sderot
and not in the blast of lies resounding in Haaretz
nor in the horns and clarions of the Gay Parade
sounding in the streets of Tel Aviv,
not even in the bluster of the Prophets,
moody, rhapsodic, threatening and loud.
The voice of the Lord was not there,
of that I am sure,
the voice of the Lord was
never in the thunder and the reverberations.
Upon reflection, more likely in the hum and the static,
the buzz and the wail and the creak,
or even in the zephyrous snoring of my beloved.

the tannin leaves the wine
the rennet deserts the cheese
the salt walks out on the bread
and the savor exits the meal
the soot, turpentine and walnut oil vacate the ink
which powders off the edges of the page
and relinquishes its message to the void
the cellulose withers from the paper
and the fibers and ribbons disintegrate like flesh
the glue departeth the bookbinding
the air goes out of the balloon
the zing marches from the versicle
the lamp is emptied of its kerosene
the wick dries up like a witch’s tongue
the attar ditches the incense stick
and the room darkens with bitter mutterings
the kevlar grows brittle or porous
the rose migrates into the desert
where it expires of profound depression
despite the best irrigation techniques
Ahasuerus strangles Queen Esther
and dumps her body in the river
Haman rejoices and Mordecai takes to the hills
the kids race from the soccer field for the nearest shelter
the sand sifts from the glass
the missile sensor falls from the fuselage
the blessing falls from the prayer
the bounce abandons the bed
which sags like a Russian cigarette and begins to crumble
the resins pack up for parts unknown
and all the videocassettes and margarine tubs melt and collapse

Dov Ben-Zamir was born in Tel Aviv in 1961 and currently lives in Jerusalem. A graduate of Ben Gurion University, he works in the Information Ministry of the Israeli Defense Forces. He is the author of two previous volumes of poetry, Shel Rosh (Phylacteries) and Sof Ta’ava (The End of Desire), and of a collection of political essays, Ha’esh Vehavered (The Fire and the Rose). Yayin Hadash, Keilim Atikim, literally New Wine, Old Vessels, which I have translated as New Wine, Old Bottles, is essentially a New and Collected. It was released in 2015 with Shomron Press, Ganon.

Shevira: the Hebrew word shevira alludes to the breaking of the vessels in the Kabbalistic myth of creation.

The Cabinet of Curiosities: this poem revisits a theme addressed by the poet in a short essay, “Civilization and Its Endless Discontents: Abolishing History,” printed in the literary magazine Balagan, in which Ben-Zamir facetiously suggests burning the Collected Works of Sigmund Freud.

And behold, there came a voice: The title derives from I Kings, 19:12-13. Ben Gurion is Israel’s international airport, named after the country’s first Prime Minister, David Ben Gurion. The poet uses the Hebrew acronym Natbag, for Namal HaTe’ufa Ben Guryon, which I have rendered in its more familiar form. Haaretz is Israel’s leading left-wing newspaper.

Prev93 and Not Dead Yet: The Lengthy Arm of the Law
Bad ChemistryNext