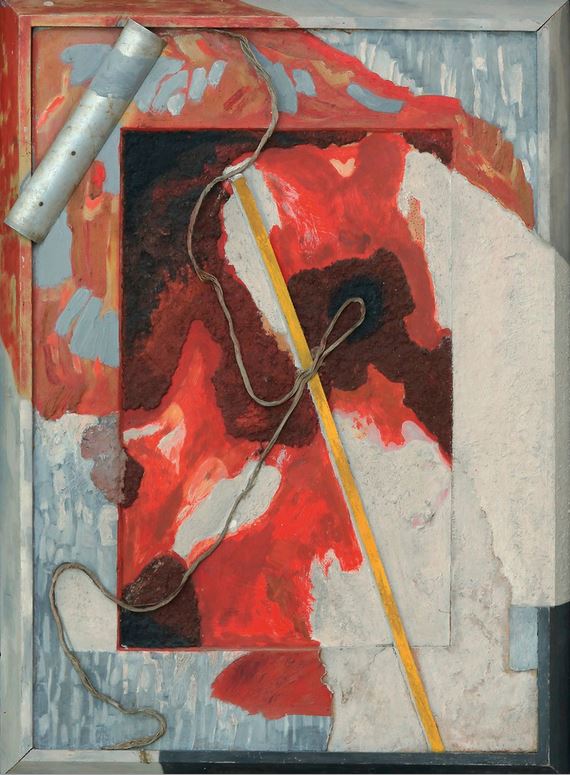 I’m not upset that you lied. I’m upset because, from now on, I can’t believe you.—Nietzsche

The American experiment with democracy has always been a work in progress. Some might say the operative word today should be decline, not progress.

Indeed, from the start, the promise of “democracy” may have been oversold. Our original creation was a representative republic, not an Athenian free-for-all.  Few classical Greeks like Pericles would recognize the beast the federal government has become today, a kind of Lernaean Hydra, a monster on the Potomac.

Ben Franklin, when asked by a lady to describe the outcome of Independence Hall deliberations said, “It’s a republic, madam, if you can keep it.” Few of us remember the republic part today, and fewer still heed the caveat that followed; Franklin’s warning about the partisan and parochial interests he knew might rupture the new nation.

Nevertheless, Benjamin Franklin was America’s finest contribution to 18th Century Enlightenment, an autodidact to be sure, pragmatic to a fault. Without minimizing his contributions to the eloquent ideals of the revolution, the Constitution, and the Bill of Rights; we might best remember Franklin for his enlightened common sense, the absence of which has much to do with American ideological oxidation and political mediocrities today. Of all traditional American virtues, common sense is the one necessary for all other Yankee values to survive and thrive.

Unfortunately, both the nihilist and the utopian are baked into every national cake. Worse still, tenure, not intelligence and judgement, is now the dominant political asset on both sides of the partisan American political divide.

No discussion of contemporary law or policy is possible without identifying or recognizing pathology, policy or law that isn’t working. All roads to improvement, no less progress, begin by looking inward. Indeed, any individual without self-awareness, without self-control or without boundaries is ill equipped to remedy any social or cultural pathology. Reform or progress, at any level, are inductive processes, the flow of ideas and energy is from bottom to top, not from top to bottom. The strength of any lasting edifice is the foundation, not the rooftop gin mill.

Enlightenment philosophers like Hume, Smith, and Franklin understood this; the strength, wealth, and virtue of nations bubbles up, it doesn’t “trickle down.” Individual enterprise, strong independent families, and sound communities, are the bases for national success, not top-heavy, remote government bureaucracy and ill-considered mandates. We have a plethora of data about national success—and utopian failures. Any honest comparison of capitalist democracies and communist utopias provide more than enough evidence on the relative merits of both.

Obese socialist bureaucracies at every level, like many an angry fat citizen, do not create; they consume. The burn rate of American national and human treasures at the moment mimics a dumpster fire.

Today, we have turned the cultural engines of progress and success upside down. We look to large plodding government, not individuals or communities for answers. The Recent Roe v. Wade Supreme Court decision is a notable exception. The court returned the abortion question to community jurisdiction. Perpetually offended federalists are now indignant, if not in riot mode. The intellectual and moral dissonance here is deafening.

The same ghouls that sanction the death of millions of innocents with facile abortions, abhor capital punishment for the few truly guilty criminal sociopaths. Within the schizophrenic nanny state, neither abortion nor capital punishment are informed by common sense or justice.

To its credit, the US Supreme Court took courageous, and common sense, positions on guns, abortion, and prayer in the same week recently. Guns are a constitutional right, abortion is not. If cultural ethics matter, all three decisions affirm universal human rights like life, safety and faith. We can be atheists and still respect another’s need for the public solace of faith or even religion.

All faith, if not religion, in the end, is about truth.

Without truth, without concord, we have chaos; a selfish hell where anything is permissible. Truth is an unwritten social contract and a very human paradox; freedom of inquiry and speech with consensus at the merge.

Every belief may not be true, but every truth is believable.

Nevertheless, we cannot be naïve about judicial “milestones.” Decisions on guns, life, and prayer that affirm, or return rights, to individuals and communities may have little effect in the bowels of the deep state where real power festers.  The power to administer, propagate, and enforce law or court decisions is not in the Oval Office, the Congress, or the judiciary. Unelected, federal/municipal administrators and non- government institutions have the final word on enforcement of any policy or law. Again, the paramount value with gatekeepers is tenure; too often like trying to steer the ship of state with the anchors out and the sails furled.

If we learn nothing from the Trump era, we should know that real power lies with an unholy, anti-democratic alliance of thought police; the apparatchik class, especially federal Civil Service “servants,” obstreperous Cabinet departments, and their metropolitan equivalents.

This demographic is often called the “deep state,” but the gatekeeper class is more, a larger group of actors that includes: domestic bureaucrats, the Intelligence Community, the foreign policy establishment, military mandarins, legacy media, the dot.com world, and a host of left leaning NGOs and associated globalist players.

Indeed, even Europe today is an archipelago of Soviet style vassals with utopian delusions. Washington barks and Europe bows. “Woke” is a global phenomenon; control by unelected, unruly, and often a morally challenged nomenklatura. Culturally, much of Europe is now just another correct club; cultural iconoclasts, trending like Davos, towards a nirvana that never was. NATO and the EU believe that they have won the allied real estate lottery in Europe, but every other metric suggests that the West is losing the ideological, moral, and economic struggle with the global village – and capital Marxism. Indeed, for countries like Trudeau’s Canada, the capital totalitarianism of China is now an acceptable model. Whilst Washington and Brussels squander resources on an old cold, now hot, war against Moscow. Meanwhile, market Communism in Beijing is seizing the geostrategic and ethical high ground.

At home, the thread that binds federal/big city civil servants, the Intelligence Community, the academy, social media oligarchs, cabinet departments, and now even the military brass is that they all subscribe to similar statist/globalist foreign and domestic social memes. Woke is no longer just another joke among elites.

There’s no conspiracy here. Gatekeeper government has been metastasizing in plain sight for fifty years or more.

The advent of the Internet simply provided Big Sister a tool to curate, monetize, and weaponize woke axioms and propagate toxic and divisive identity iconoclasms. Make no mistake. The dot.com demographic, those Internet gatekeepers are likely to be one of two things; feminists or submissive men, a kind of political catamite peculiar to the American left. The internet and dot.com world can never be impartial as long as the algorithms and thought police remain masked and empowered to curate woke, authoritarian, some might say Orwellian, control narratives.

The hidden agenda is often the only agenda for wokesters.

Good luck to Elon Musk and Twitter on curating the curators. For the moment; he, she, they who control the means, controls the message. Woke remains vindictive and viral as far as the eye can see.

Withal, American pragmatists and conservatists seem to be anticipating a political sea change in November. The realpolitik may be correct about the impending congressional vote. However, a lone drone in any cabinet department or treacherous troll in any social media monopoly has more real power than any elected novice. At the moment, elected officials matter only at the margins, noisy “democratic” window dressing in too many cases.

Real power in America lies with a tenured deep state where the political spread is from creepy gender benders to ass-on-fire social Marxists; statists, globalists, anti-nationals, if not bong resin utopians. It took fifty years to get where we are today with “progressive” government employees. Washington D.C. itself is a political monoculture, a one-party town since home rule. Brian Deese, a model gatekeeper, is team Biden’s chief economic advisor inside the Beltway. Deese recently described the ongoing “incredible (economic) transition” as a necessary step on the road to “liberal world order.”

Today, the noun “liberal” is code for left or loony.

Indeed, the institutional functionary, retired or failed politicians from social democracies, now find second careers as unelected gatekeepers at the UN, EU, WEF, and NATO where globalism is thought to be the antidote to historical artifacts like neutrality, nationalism, and the balance of power. Institutionalism and national sovereignty are at loggerheads, if not polar opposites in the contemporary political power debates.

It may take generations, to get back to any semblance of stasis, sanity, or common sense. Worse still, the post-structural academy and public schoolhouse has been hijacked by an affirmative action professorate of shills who would literally and figuratively throw reason, tradition, and history out with the bath water. Credentials are now substitutes for achievement. Or should we just call academic affirmative action/social promotion waste water what it is, politically correct hogwash.

Social compassion is virtue only to the point where it creates dependency. Making matters worse, revenge is the motive driving many social justice campaigns today; “bottom rail, now on top,” or get “whitey” if you will.

A family, government, or country that cannot, or will not, distinguish between wants and needs just creates more dependency. As Margaret Thatcher savagely observed, “Eventually, you run out of other people’s money.” Dependency is the assault weapon which allows an entitled Millennial or Gen X “victim” to shoot his grandmother in the face because she will not pay his cell-phone phone bill.

Gatekeeper government, the American nanny state, is now impaled on the horns of schizophrenic narratives. Domestically, a licentious left seeks to retribalize America along racial, gender/sex, and class lines. Abroad, America embraces multi-national and supranational institutions with an abundance of other people’s money. We can’t have it both ways; division and iconoclasm at home whilst pimping for nirvana at the World Economic Forum, NATO, the UN, or the EU.

Like a political vampire, Karl Marx haunts our civic nightmares. History and experience drove a stake through false political economic axioms, only to be born again today as toxic and divisive social Marxism. Identity politics today seems to be a kind of ideological necrophilia.

Alas, America’s traditional virtues are not iconoclasms, division, or utopian “entanglements.” The values that make American success possible are personal responsibility and national sovereignty. Globalism and Orwellian gate keeping, for too many, is a necessary reset or penance for our original, mostly white male, sins: racism, colonialism, capitalism, and/or nationalism. Cultural resentment, envy, and revenge now threaten the better angels of American culture; values like success, gratitude, reason, and civility.

The appropriate metaphor for American political and cultural corruption today is not “20,000 mules.” A better analogy might be 80 million urban jackasses. At this point in American history, it’s probably safe to say that George Orwell was an optimist.

We have seen the enemy, as Pogo said.

PrevTwo Victorias on Ukraine
The Quran and Its Biblical Reflexes: Investigations into the Genesis of a ReligionNext