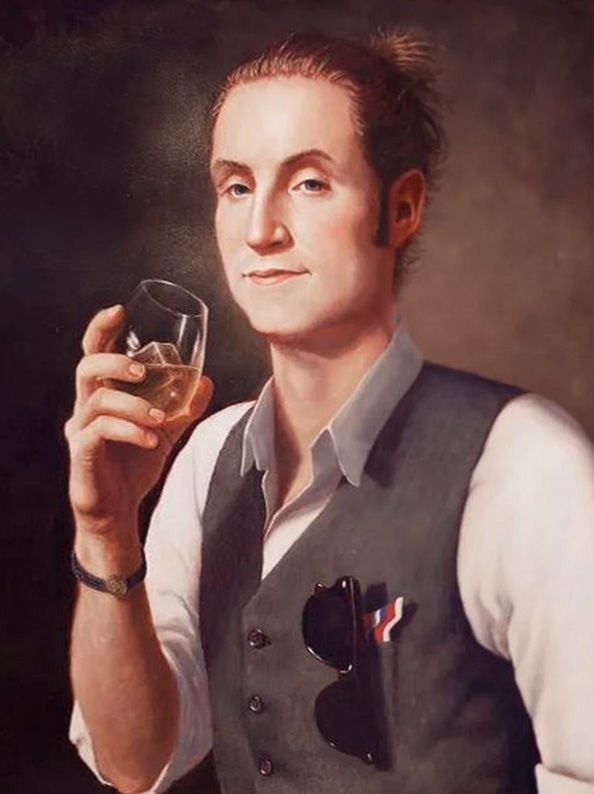 I cannot tell a lie father, it was me. I chopped down the cherry tree.” Sixteen-year-old George Washington fessed up to the crime.

Today when I walk among blossoming pink and red cherry trees, I can accept young George’s principles of his day. And after discovering some lesser known historical vignettes, I realize the cherry tree story is a white lie–it is only part of the story.

George Washington felt good by admitting to chopping the tree down. He received parental praise. He was also grateful that his father didn’t ask him why he felled the cherry tree.

At dinner that night George spoke about the tree incident again. “Mother and father I’m going to turn the tree I cut down into firewood. It’s my duty to clean up the wreckage of my wrong.”

“George dear we know you’ll benefit from your mistakes.” His mother, like his father, lived in the positivity of life’s events.

The next day George took his ax and trimmed the branches of the tree down to a single post. He stared at the remnant pole of the executed tree and focused on the section five-feet from where the trunk had been. His pulse increased. His hands became sweaty. George raised the ax and turned the remains into firewood. He sat down on the ground and felt sad for the tree. “How could I have done such a thing?” But he knew the answer and he thought back to the day he had met Sarah.

The early February snow was light but persistent. Mr. Norgath Hiram, his high school teacher, singled him out with a long skinny index finger.

“George Washington, if you would look at your history book instead of out the window you’d be able to participate in the discussion.” Mr. Hiram’s unpowdered pedagogue wig was atilt as he jerked his head with his words.

“I beg your pardon sir. What was the topic?”

“The topic is what part of proper court behavior do you think helped Christopher Columbus get support for sailing to the new world?”

“Well, sir I think he must have been friendly behind the scenes with the Queen of course.” George looked around the room at his now laughing classmates.

“George, what are you implying?” Mr. Hiram raised a hand to restore order.

“The Queen was an ugly sort and Columbus obviously applied a bit of romance along with a promise to bring back riches for her financial sponsorship.” This brought more raucous response from the classroom teenagers.

“Please class. George your comments are inappropriate. I would like to hear someone else’s reaction to Mr. Washington’s remarks.” Mr. Hiram saw a single raised hand.

“I think Georgie’s correct. Behind every ambitious, intelligent man is a woman capable of affection and a sense of economics.” Sarah Nissenbaum was a redhead beauty who was popular with most of the athletically inclined boys.

“History does not record it that way, Miss Nissenbaum. There was nothing going on of a flirtatious nature between Queen Isabella and Christopher Columbus.” Mr. Hiram looked at his pocket watch. “School is officially out for the day.”

After school, George sought out Sarah Nissenbaum. “Thanks for coming to my defense in class, Sarah. Do you really believe that female relationships are necessary for a man’s success?”

Sarah gave George her best blue-eye contact and moved her developing chest to within inches of his. “Of course Georgie, look how the class stopped thinking your remarks were funny after I gave support.” She moved up against him. They were hidden from view behind a huge Elm tree. Sarah threw her arms around his neck and kissed him. She did not let go until George responded with both lip and groin pressure.

George pushed away. “Sarah, I’ve never kissed a girl like this before. I think we shouldn’t do this in public.”

“Do you have a place for us to meet, Georgie?” She moved her firm protruding bodice from side-to-side against him.

“No I don’t. Do you?” George’s hormones began to twitch.

“Yes, my father’s bakery has a storage shed in the back. It has four big cherry trees between the store and our house. It has no windows.”

Feigning a gesture to complete his chores, George slipped out into the night for his first tryst with Sarah Nissenbaum. They met in the shed behind Ye Olde Nissenbaum’s Bakery & Emporium.

“I just knew you’d come tonight, Georgie.” Sarah maneuvered him between a U-shaped stall built of flour sacks. Their kissing from earlier in the day resumed.

“Does this mean you’re my girlfriend, Sarah?”

“What would your father say if he knew about us, Georgie?”

“Knew about what? We’re just kissing and hugging.”

“Not for long, Georgie.” Sarah popped George’s belt buckle and removed her sweater and blouse.

“What are we going to do?” George wasn’t naïve. He just wanted whatever was going to happen not to be remembered as his idea.

Thus, young George Washington lost his virginity amongst the flour sacks in a shed behind a line of cherry trees in back of Nissenbaum’s bakery. He felt a sense of euphoria and accomplishment like never before. By the time he got home he had to immortalize his manhood and took out his pocket knife. He carved a heart into the cherry tree in front of his family’s main house and inlaid the words “Sarah and George”.

George’s delayed absence didn’t go unnoticed by his parents. His father stood like a giant inside the front door entrance. “Close the door young man. Before I ask of your whereabouts tonight, I must discuss the visit I had from your schoolteacher Mr. Norgath Hiram. You owe him an apology for defaming his history lesson with your remarks about implied irregularities between Christopher Columbus and Queen Isabella.”

“Be silent. And that’s not all. You were seen after class in the company of that rowdy baker’s daughter. You know how some of us do not agree with Moishe Nissenbaum’s selling those hard bread-like donuts…and under a new name. Bagels indeed! Who ever heard of such a thing? You are to apologize to Mr. Hiram in front of your class tomorrow. Understand?”

“And what about this Sarah Nissenbaum. She has a reputation you know. The rumor is that all the impertinent boys in your school have been intimate with her.”

“She just voiced agreement with my opinion in history lesson and I thanked her after class that’s all.” It was half the truth.

“She’s a disgrace. I want you to know that she’s blatant about her affairs and there are over eight–I am saying eight–carved hearts with her name and her companions engraved on the cherry trees at her house. If I ever see your name advertising such indiscretion you will never live to age seventeen.” George’s father turned around and went into his study without further query.

The next day George was frantic. He looked at the tree and his beautifully carved “Sarah and George” right in front of his own home. Panic ruled. He grabbed the double-edge ax and hacked away. And now this once beautiful arbor was firewood.

Later that evening he brought the cherry kindling and fragrant logs into the house. The fire was crackling and radiating warmth. He placed the first cherry log on the foot-high flames and watched as the heart with “Sarah and George” was consumed into obscurity.

History has never recorded the true significance of George Washington’s chopping down the cherry tree. If George hadn’t done it, he never would have lived to be President!

PrevTim
A Mistake in ClassNext