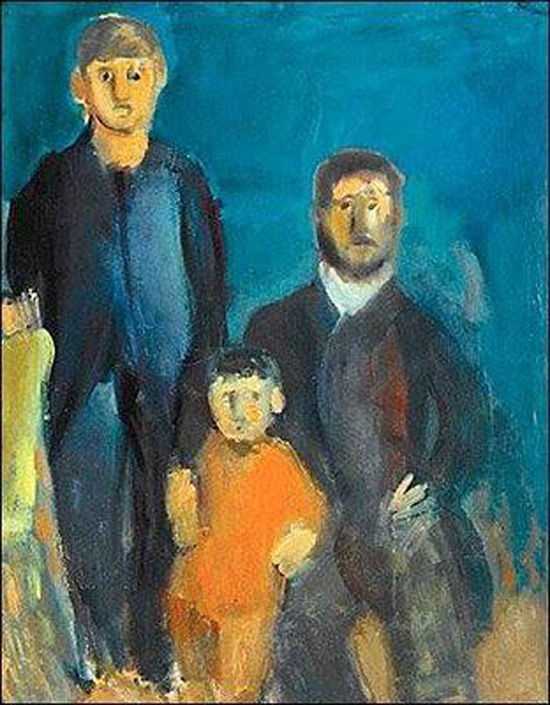 When I grew up our culture viewed opening a door for a woman as a kind, chivalrous, and masculine gesture. But, in the last three decades what was once revered as a gentlemanly act has become a political debate about gender equality.

Today, in the eyes of many women, opening a door is viewed as sexist, rude, and demeaning. To these women, it implies an inferior status of women and represents women’s dependence on men.

Many men also support not opening a car door for women. The rationale is that if a woman desires to be fully independent and treated as an equal, she needs to give up being treated with any special consideration.

While men and women continue to bicker over a simple act of kindness, the gender gap keeps widening as does the mutual animosity. What is really sad is that this ongoing conflict and lack of love among men and women is not setting a good example for children. 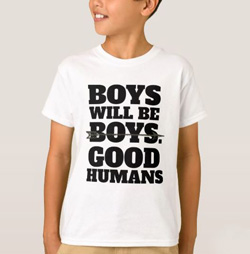 It has gotten so far out of hand that some advocates for gender equality created a t-shirt that singled out boys. The words on the t-shirt read, “Boys Will Be Boys Good Humans.”

A mom, Bianca Jamotte LeRoux, who writes for Today Parenting Team shared her frustrations about the t-shirt in an article titled “Boys Will Be Boys.”

The more I sat with it and looked at the word boys crossed out I thought, ‘Why would I cross out my boy? Why would I, his mother, teach my son at such a young age that he is somehow “wrong” for being a boy?

It seems that the people who created this t-shirt were so consumed with their anger at men, they didn’t see how this t-shirt is also a form of gender bias and harassment. They are specifically targeting and harassing innocent boys just because some men have behaved inappropriately. Furthermore, misbehaving men do not represent the majority who behave like loving, caring, compassionate, and respectful human beings who are also raising boys to be good men.

The shirt makers also didn’t think how the words on this t-shirt might hurt a boy emotionally or how a girl might take this message the wrong way and behave inappropriately to boys and also other girls.

Girls can also be unruly. They are also capable of teasing and bullying; and inflicting emotional damage on boys as well as girls.

Five days after the publication of LeRoux’s article a sad story appeared in the news about a teenage girl’s suicide. According to the police report one of the suspects told an investigator that she had started rumors about the victim in person, and online. Should we now print up a t-shirt with the words “Girls Will Be Girls Good Humans?”

No, because the boys and girls are not the problem. It’s the adults and how they treat each other.

I have been a big supporter of gender equality. My unconventional decision to be the primary caregiver for our family from 1991 to 2011 demonstrates it. For twenty years, I supported my wife’s professional career. During this time I experienced many forms of criticism by relatives, friends, and strangers. They all questioned my masculinity and insisted that a man’s place was at the office and not in the kitchen. I battled the stigma of dads as incompetent and untrustworthy caregivers and parents. I also endured comments that attempted to emasculate men such as, “Hogan, so nice to see a man show his feminine side.”

Yes, I was the primary caregiver. But I’m a man. I didn’t feel like I lost any of my masculinity. I still behaved like a man. I enjoyed drinking beer, fishing, playing poker, performing practical jokes on my kids and friends, working on my car, wearing the same t-shirt for three days straight, verbal jousting with my male friends, roughhousing with my kids, and other manly acts. While our culture considers these as masculine traits, I fully support females engaging in these activities and behaviors without suggesting that doing so sacrifices their femininity.

Men have also contributed to the attempted emasculation of men. One example is the “Mr. Mom” label sparked by the 1983 movie of the same name. My attempts to convince men and women that I was not a replacement for mom proved futile. They had a hard time wrapping their head around the idea that a dad was just as capable of being a primary caregiver as a mom is a corporate executive.

Another example is the National Football League. Football, by its very nature, is a man’s sport. While the NFL’s support to join the fight against breast cancer is commendable, the NFL executives’ decision to allow the color pink on the football field is a form of attempted emasculation/feminization. The gridiron is sacred ground to men and a place of battle where men can be men for 60 minutes.

Instead of asking the NFL players to surrender the football field to the color pink, why didn’t the NFL executives stand up for masculinity? There is plenty of space inside the stadium to post pink banners and ribbons. And the big screen also provides opportunities to commercialize the cure of breast cancer. Furthermore, keeping the color pink off the field is not a form of sexism but merely a way to stand up for masculinity and draw the line as to what is acceptable in the world of masculinity. This same rule would apply to men with respect to femininity. That, to me, is an example of the true meaning of gender equality.

What about the gender bias and stereotyping of the color pink? While color pink is associated with women, cancer doesn’t discriminate. Cancer also attacks men. I have not heard of men demanding that female soccer players wear a blue ribbon for prostate cancer or a purple ribbon for testicular cancer on the soccer field. And that is because real men don’t feel the need to masculinize a sport that women play and, more importantly, respect the women’s gridiron as sacred ground for their opportunity to show off their athletic skills.

Another bias has been the toxic masculinity campaign. While most of the focus on toxic behavior has been on the men, I’d like to remind people that it was women who requested that men stop opening car doors for them and who declared that they could raise a child without a dad. And now they claim that masculinity is toxic?

Our culture has also asked men to redefine manhood and fatherhood. There is no reason for this request because, as I noted earlier, if a man chooses to be a primary caregiver, he is still a man and doesn’t lose any of his masculinity. I have yet to see an advertisement for women to redefine their womanhood and motherhood. Therefore, why should we ask men to do it?

I’m all for gender equality but not at the expense of emasculating or feminizing men.

Masculinity is what makes a man a man just as femininity makes a woman a woman. In the heterosexual world these different and definitive traits are what attract us to each other and serve a bigger purpose in the growth and development of boys to men and girls to women.

Masculinity is a trait women should embrace in the same way men embrace femininity. I’ve never heard a man say, “I’d like my wife or girlfriend to show her masculine side.” This is because the majority of men I know don’t seek to defeminize women but, more importantly, respect and value femininity.

If women and men really desire to create gender equality then I suggest we stop using children as pawns and playing the unproductive tit-for-tat game. Instead lets start respecting, loving, valuing, and embracing each other’s gender differences. We can begin by bringing back the gentlemanly act of boys and men opening a door for girls and women.

Hogan Hilling and Tom Konecny are co-owners of Dad Marketing Consulting, LLC, and authors of, DADLY Dollar$: How Marketing to Dads Will Increase Revenue and Strengthen Families. Hilling is also a nationally recognized author of 10 published books and has appeared on Oprah! Hilling is also the author of the DADLY book series and first of its kind coffee table books that feature dads and moms, DADLY Dads: Parents of the 21st Century and Amazing Moms: Parents of the 21st Century. Hilling is the father of three children and lives in southern California.