Hark the Herald Angels Sing. But do They Exist? 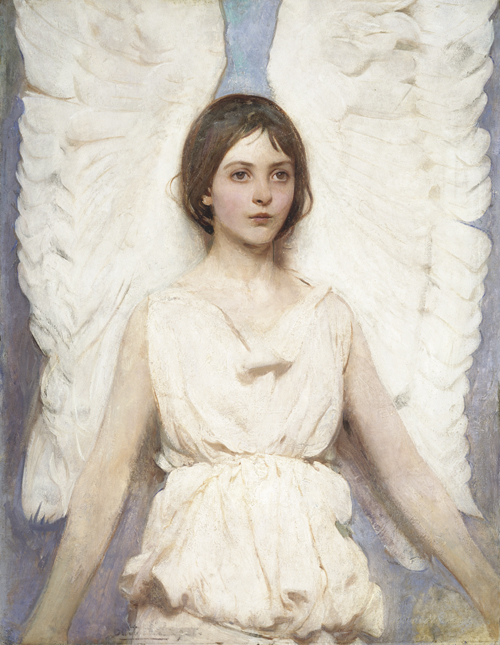 With some hostility towards Christmas celebrations due to political correctness, President Donald Trump, while recently addressing Hawkeye State evangelical voters, vowed to always say “Merry Christmas”, come the winter holiday season. We’ll also hear lots of ‘Hark the herald angels sing’ in the weeks leading up to the 25th, where figures of angels are in evidence hanging from city and town streetlamps, are the subject of our favourite carols, and our children want to be one in the school Nativity play.

But do angels actually exist? For millions of people worldwide, angels exert a profound influence on their lives, while for those who have lost belief in religion, the existence in such spiritual beings seems childish, if not outlandish. However, in a survey a few years ago conducted for the Bible Society, some 31% of the population in the UK professed a clear belief in angels, while only 51% said they did not believe, and 17% were unsure. Likewise, in America, a recent Associated Press-GfK poll showed that 77 % of adults believe angels are real.

My own mother is an intelligent, sceptical woman who doesn’t think much about the existence of angels. However, she had a strange encounter a few years after the Second World War. It happened one winter’s night as she left a cinema alone. A thick fog had descended on the deserted streets, so dense she couldn’t see her hand in front of her face. Out of nowhere, a voice said: “Follow my steps.” She nervously followed the sound of footsteps right up to her garden gates, a journey of five miles out of the city. The shadowy figure, surrounded in fog, then disappeared without saying a word. My mother only told the phantom figure the avenue she lived on but not her house address.

The atheist philosopher, David Hume, said if rational people have a choice to believe more than one explanation of an event, they should choose to believe that explanation which is most probable. Hume would argue that such a supernatural event of an angelic encounter, by definition, is unbelievable. For Hume, an encounter with an angel would be a violation of the laws of nature. In An Enquiry Concerning Human Understanding, he writes: “There must, therefore, be a uniform experience against every miraculous event, otherwise the event would not merit that appellation. And as a uniform experience amounts to a proof, there is here a direct and full proof, from the nature of the fact, against the existence of any miracle.”

According to Hume, because the only evidence offered for a supernatural encounter or miracle is eyewitness testimony, and eyewitnesses have been known to be wrong. However, the problem with Hume, for the believer, lies in his rejection of the existence of God, thus his blind faith in Naturalism. Hume says we should judge miracles only on the basis of what we find occurring in nature as repeatable (Hume was unaware of quantum physics). The less common an instance, the less rational it is to believe.

In his book Miracles & The Modern Mind, philosopher Norman Geisler notes that Hume’s argument fails because it equates quantity of evidence and probability. It says, in effect, that we should always believe what is the most probable. “What Hume seems to overlook is that wise people base their beliefs on facts, not simply on odds. Sometime the ‘odds’ against an event are high (based on past observation), but the evidence for the event is otherwise very good (based on current observation or reliable testimony). Hume’s argument confuses quantity of evidence with quality of evidence. Evidence should be weighed, not added.”

Meanwhile, the weight of evidence for the popularity of angelic merchandise, ‘angels boutiques’, seminars and university studies on angels is overwhelming. Even many of the current best-selling books feature angels as their central protagonists.

Take, for example, Angels in My Hair, in which Irish author Lorna Byrne writes about her conversations with angels. In 2012, she told the Guardian newspaper: “My parents never let me talk about any of it, which goes back to when I was two-and-a-half. I was always distracted seeing my little brother [who died as a baby] and I thought he was flesh and blood and I would play with him by the fire . . . He would always sit nearest the fire because the fire would not burn him, and then one day his hand went into mine and there were just these amazing sparks. I knew then that he was a soul, but I was told to tell no one at that time but the angels . . . ”

Regarding other children who can see angels, Byrne added: “Well, I know some little children see angels. If they say something, they are told it is their imagination or an imaginary friend or something. But it isn’t always.”

In yet another best-seller, Angels in the Fire, American couple Dann and Tracey Stadler tell of being trapped in a burning car after a crash. Tracey reported an angel arrived at the scene to save them, saying: ‘Tracey, everything’s going to be all right’.”

Real or not, angels have played a pivotal role in all major world religions. They feature at crucial points in The Bible and Koran, and, according to Scripture, the Creator Himself is so powerful and glorious that He can only be approached in person by angels but not human beings.

However, not all angels are known to be benevolent. Satan, known also as Lucifer or the Angel of Light, was an angelic being who fell from his position in Paradise because he sought to usurp God in the heavenly order.

But is it really credible in a secular age to believe in such beings? First, we must look at what they represent.  They are the highest beings in the hierarchy of steps toward the Divine, while we are next in line. The sponge, bacteria and other micro-organisms being the lowest on the physical, cosmic chain, while homo sapiens, who have a spark of the divine with a spiritual dimension, tower over the rest of the animal kingdom.

According to The Bible, angels serve God and are said to minister to us in order to save our souls. In the Book of Hebrews, we learn that they do not possess physical bodies, but can assume a degree of physical form.

Many of those aligned with the New Age movement believe they can contact angels via ‘channelling’. There are also countless reports of angels that allegedly appear in various forms – as animals or humans, as disembodied voices. But is all of this simply an outgrowth of biblical mythology, or are there solid grounds for believing in the existence of angels?

The Medieval philosopher Thomas Aquinas wrote that “the more perfect creatures should abound in largest multitude. It is, therefore, reasonable to suppose that angels exist in a multitude far exceeding the number of material things.” He added: “The universe would not be complete without angels . . . The entire corporeal world is governed by God through angels.”

According to scientist Rupert Sheldrake, Aquinas’s view of angels moving from place to place has parallels with Einstein’s relativity and quantum theory. He says that modern physics has remarkable parallels to the traditional doctrines about angels, and that such parallels arise because they are dealing with similar problems.

“How does something without mass, without body, but capable of action, move?” asks Sheldrake. “Angels, according to Aquinas, have no mass, they have no body. And the same goes for photons: they are massless, and you can detect them only by their action.”

The irony is that this beloved Christmas hymn was written in the 19th century by French atheist, Placide Cappeau, who must have intuitively believed in God and had an affinity towards angels in order to write such a touching masterpiece.

It is likely that the traditional concept of human-like, winged spiritual beings for Cappeau is similar to many people today who haven’t properly studied theology or science. Depictions of angels throughout millennia in art and literature are infused with metaphor and symbolism. But the idea of the supernatural and spirits without wings, robes or halos seems more logical if we take a closer look and avoid anthropomorphism.

The beginning of the universe was a supernatural event, as only something that transcends time, space and matter could cause it to happen. Secondly, if the supernatural is real, then the existence of disembodied spirits is possible. If we are not our physical bodies, then a spiritual realm is more probable than improbable. And it’s more likely this realm filled with spiritual entities would be Created by an Intelligent Designer sans/universe and before the creation of earthly creatures.

As human beings, despite our many follies, we are also extremely intelligent creatures. Our alleged chimpanzee ‘cousins’ (who don’t believe in angels) spend most of their time picking fleas off each other’s backs, eating bugs, copulating and sleeping.

In extreme contrast, we paint Sistine Chapels and compose Mozart’s Requiem, fly robots to Mars, use Skype to talk to loved ones at the other side of the world, fall in love and bury our dead. Some of us have even claimed to have encountered angels. These angels cannot be brought to the lab to be proven by scientists. But neither can the external world or the existence of other minds be proven.

Many Christians find it extremely difficult to believe in angels, as the stereotypical, winged mythical image of them comes to mind. However, these disembodied entities don’t look like that. According to Scripture, angels feature throughout the life of Christ, and it was the angel Gabriel who announced to Mary that she would conceive Jesus in her womb (Luke 1: 26-31). And when Jesus was born, many angels gathered and praised God with the shepherds. Angels also sat at Jesus’s empty tomb following his resurrection. Jesus told his followers that angels celebrate whenever human beings turn to God.

Meanwhile, to all believers and non-believers, have a wonderful Christmas and celebrate it with love and kindness! Altogether now: ‘Hark the herald angles sing . . .’

Kenneth Francis has for the past 20 years worked as an editor in various publications, as well as a university lecturer in journalism. He also holds an MA in Theology and is the author of The Little Book of God, Mind, Cosmos and Truth (St Pauls Publishing).

If you enjoyed this article by Kenneth Francis and would like to read more, please click here.

PrevFour After Louise Bogan
Her Light: At a Memorial ServiceNext