Hillary’s Emails: Why They Mattered 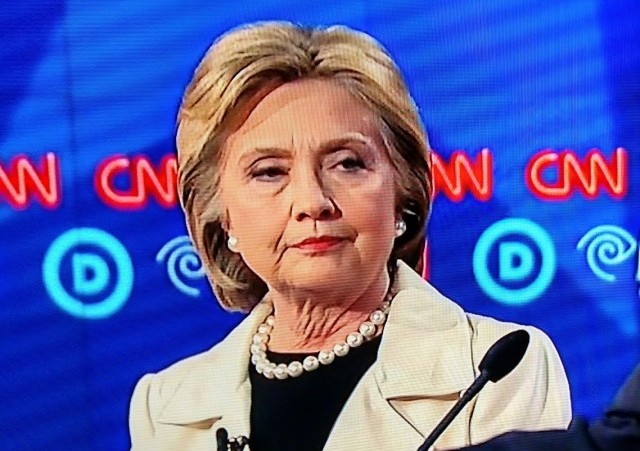 Hillary Clinton’s email scandal from her tenure as secretary of state, may or may not be a dead issue. We don’t know whether a newly-led Justice Department under President Donald Trump will re-open the matter or turn it over to a special prosecutor, despite the recent indication by President-elect Trump that he would prefer to put the matter behind us. Not to beat a dead horse, but I do feel that the public at large never truly appreciated the gravity and the absurdity of what Mrs. Clinton did with her sensitive communications as Secretary of State. I say this as one who has had personal experience dealing within the State Department’s communication system.

During my career as a Drug Enforcement Administration (DEA) agent, I served two tours of duty overseas. From 1975 to 1978, I was assigned to DEA’s Bangkok office at the American embassy. From 1982-1987, I was assigned to Milan, Italy working at the American consulate. All of our written communications were handled within the State Department system. With mail, our reports were sent via State Department diplomatic pouch. For faster communications, messages were sent via State Department teletype. (This was obviously prior to the age of emails.)

Suffice to say, I had to deal with the system of classifications attached to these communications on a daily basis. Had I violated the rules, I would have quickly found myself on a plane back to the US with all my security clearances revoked. Depending on the severity, I might have found myself being criminally charged and fired from DEA. Indeed, every night, Marine guards would go through the offices looking for classified documents that had been left unsecured. Violations resulted in the much-feared “pink slip” left on one’s desk. The policy was that three of those meant the offender would have to leave the country.

In addition, when I became the agent-in-charge of the Milan office in 1983, I received a Special Access Program clearance, which enabled me to receive documents classified beyond “top secret.” That meant a new background investigation with my neighbors back in the US being interviewed about me, etc. In practical terms, I could then receive information from the CIA.  You may recall that some of the documents Mrs. Clinton was running through her private server had Special Access Programs classification.

So having that experience and knowledge, I found it absolutely dumbfounding that Mrs. Clinton could spend four years as Secretary of State disregarding State’s secure system and conducting all of her official communications with a private server. To borrow an analogy from a radio commentator whose name I don’t recall, it’s like she joined the Navy and brought her own ship!  Not having the experience I had, the public cannot properly appreciate the severity of what Mrs. Clinton did.

That leads to another aspect that cannot be overlooked. Mrs. Clinton not only lied to the public about the issue, but she repeated those lies under oath before Congress. Not only did the FBI disprove many of Mrs. Clinton’s public pronouncements, they also disproved several of her statements before Congress as brought out by the questions posed to FBI Director James Comey by Congressman Trey Gowdy (R-SC) subsequent to Comey’s announcement that no charges would be recommended to the Justice Department. To be specific: Hillary Clinton, according to facts discovered by the FBI, committed perjury before Congress.

When Donald Trump becomes president, he will have to make a difficult choice as to Mrs. Clinton. Any prosecutorial efforts by the Trump Justice  Department will be attacked as a political witch hunt. In truth, all matters pertaining to Bill and Hillary Clinton should have been assigned to a special prosecutor in the first place. Supposedly, the FBI is still investigating the Clinton Foundation, and I certainly hope they are. It can be claimed that, as far as the email issue is concerned, law enforcement has had its bite at the apple (which they badly blew), and that it would be against the spirit of the law to re-open the case yet again. However, the perjury issue remains. Mrs. Clinton’s testimony before Congress should definitely be looked into.

However this ends, one can at least hope that the reputation and legacy of the Clintons is shattered. They have gotten away with so much over the years.

Gary Fouse is a retired investigator from the US Drug Enforcement Administration (DEA). During his career (1970-1995), he served in Los Angeles, Bangkok, Milan, Pittsburgh, and the FBI Academy in Quantico. From 1998 to the present, he has worked as an adjunct teacher of English as a second language at the University of California at Irvine Extension. He is also the editor of the blog, Fousesquawk (http://garyfouse.blogspot.com).