If You Worked for the Trump Administration, You’re Not Welcome at Harvard 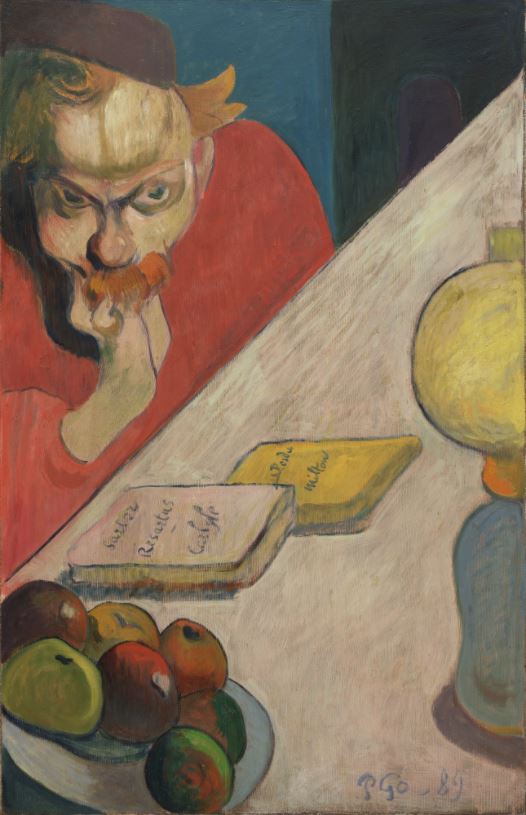 Clearly indignant at the prospect of someone who worked for an administration they have loathed since inauguration day in 2017, the tendentious students expressed their grave concern “about the impact of the actions of this administration on fundamental democratic institutions.”

Even though these students obviously have found nothing of redeeming value in anything positive the Trump administration may have accomplished, their primary justification for calling for preventing “Harvard [becoming] a temporary home for officials from the outgoing administration” is Trump’s current legal challenge to the November 3rd election and the campaign’s claims that voter fraud and irregularities in many states should be challenged in court. That process, of course, is perfectly legal and is the constitutionally-permitted right of a candidate to launch, especially in an election like this one—with razor thin margins, new voting practices, mail-in balloting as a result of the pandemic, and evidence of blatant fraud and voting irregularities, just as it was in 2000 when the Gore campaign challenged the voting results for 36 days after election day.

Nevertheless, the Harvard students have no time to wait for an audit and full accounting of the November 3rd election, claiming that Trump’s failure to have already conceded eradicates completely his entire record as president, including all of those individuals who made up his administration.

“Most notably, in actively undermining faith in the electoral process and in refusing to concede the 2020 election,” the student’s letter reads, “the Trump administration has trampled norms of free and fair elections and peaceful transfer of power that have defined our republic for over two centuries. These norms are crucial to the global well-being of democratic institutions.”

While the students claim that “We hold a variety of political views,” they claim to have witnessed “a complete disregard for the truth” that, they assert, “is a defining feature of many decisions made by this administration.” and “these actions alarm all of us invested in the future of democracy in the United States and abroad.”

Because of this purported record of misinformation, deception, and outright lying having emanated from the Trump administration and those running it, the students believe this is sufficient justification for banning Trump officials from ever coming to Harvard in the future to share their expertise and knowledge, and that the administration’s alleged record of malfeasance and mendacity “alone should be enough to draw a line.”

In calling for the banning, firing, monitoring, or condemnation and rejection from campuses of individuals holding beliefs and views—political or otherwise—with which they disagree, these Harvard students share a now common, though troubling, sentiment that is at the core of what has been characterized the so-called “cancel culture.” At UCLA, Cornell, and the University of Chicago, as recent examples, professors were threatened with termination for having the temerity to criticize and question the tactics of the Black Lives Matter movement; at Skidmore College, students called on the administration to fire professors who had merely attended a pro-police rally and had thereby caused anguish for BLM supporters on campus; at the University of San Diego Law School, black students demanded the presence of thought police in classrooms to report on the racist speech and ideology of fellow students and professors so they could be appropriately censured; at Princeton, faculty proposed setting up a veritable star chamber to monitor fellow faculty members for any racist thought or expression; and at Harvard itself, students recently called for the firing of two professors because of their perceived racism and the “thought crimes” they allegedly committed by inviting a conservative speaker to their classes and for expressing unorthodox views concerning race in America.

The idea that students (and faculty, as well) can establish ideological litmus tests for who may or may not be welcome on campus is disturbing for a number of reasons, not the least of which is that undergraduates—individuals who have not even had professional careers and the knowledge and experience that those careers will include—are not in a position to be judging the relative value of prospective faculty, fellows, and speakers who might come to Harvard. What is more ominous is that the students are clearly judging these individuals, not based on the actual value of their ideas, intellect, accomplishments, and experience, but based on how these individuals’ politics and ideology do not align with the students’ own views.

In their well-intentioned but misguided ambition to create campuses on which there is no trace of conservative thought, some students, tendentious virtue-signaling brats, regularly try to suppress, denounce, or eliminate completely the views of those who do not accept the liberal orthodoxies so prevalent in academia today. These censorious students may think they are being virtuous and wise in trying to make universities places free of intellectual discord and acrimony, but they are missing the point about what universities should be: places where they are taught how to think and not what to think. And that process begins when robust debate about troubling topics, from a variety of ideological positions, takes place and is encouraged.

What is more, the Trump administration alums that these students wish to ban from the Harvard campus would likely become visiting lecturers, fellows, and speakers at the university’s Kennedy School of Government, and as part of programs run by the school’s Institute of Politics (IOP), where future public policy managers learn real-world lessons from political operatives, big-city mayors, Congressmen, cabinet members, national security officers, and other government officials who bring their expertise and practical experience to classrooms—precisely what veterans from the Trump administration would do, and just as officials from every presidential administration since 1966 have done. In fact, that diversity of ideology and experience is exactly what constitutes the IOP’s mission, which “is to unite and engage students, particularly undergraduates, with academics, politicians, activists, and policymakers on a non-partisan basis [emphasis added] to inspire them to consider careers in politics and public service,” and fellows have ranged from transgender Chelsea E. Manning to former Secretary of Defense Robert McNamara to former Minnesota Gov. Jesse Ventura and even to Corey Lewandowski, Trump’s fiery former campaign manager.

The presumptuous students also had an additional outrageous demand in their open letter, namely, that Harvard “set up a system of accountability for high-level political appointees and Trump administration consultants before they are invited as fellows or to teach or speak on campus.” Even more, the students apparently think they should have direct input concerning who passes this ideological litmus test, since they requested that the “accountability guidelines should be publicly shared with students by the end of the calendar year.”

Who would create this system of accountability and what would be the criteria by which a prospective fellow, lecturer, or speaker be judged as appropriate? Would only people contemptuous of Trump and his administration be able to make those decisions? Do the individual schools, centers, and institutes hiring the fellows, lecturers, and speakers have input into the decisions, or would a central, biased tribunal of ideological busybodies have the final say, sidestepping any semblance of academic freedom? What about those potentially troublesome cases where the Trump official is actually a graduate of Harvard College or one of its graduate schools? There are a number of such individuals, including, among many others, White House Press Secretary Kayleigh McEnany, HLS ’16; Associate Justice of the Supreme Court Neil M. Gorsuch ’91; Secretary of State Mike Pompeo ’94; former Secretary of Labor Alexander Acosta ’94; Deputy Attorney General Rod Rosenstein ’89; and former White House Communications Director Anthony Scaramucci ’89. Any exception for them by virtue of their Harvard connection?

In the 1967 case Keyishian v Board of Regents, the court observed that “The classroom is peculiarly the marketplace of ideas. The Nation’s future depends upon leaders trained through wide exposure to that robust exchange of ideas which discovers truth ‘out of a multitude of tongues, [rather] than through any kind of authoritative selection.’” If Trump’s presidency, and the individuals who led and guided it, is thought to be a moral and civil failure by these censorious students, then the way to expose and confirm that—if, in fact, their view is true—is by having these people share their experiences and actions and open them up to critique, discussion, even condemnation—a process through which everyone learns and grows intellectually. That is the purpose of Harvard and every university, and these students should consider that reality before they take it upon themselves to deprive their fellow students of the opportunity to hear a range of views—good and bad—in the process of working toward the truth.

“To perform its mission in society, a university must sustain an extraordinary environment of freedom of inquiry, and maintain independence from political fashions, passions and pressures,” wrote First Amendment scholar Harry Kalven Jr. in a 1967 report to the University of Chicago. “A university,” Kalven continued, “if it is to be true to its faith in intellectual inquiry, must embrace, be hospitable to, and encourage the widest diversity of views within its own community.”

And that process, the Harvard students ought to consider, includes having people with a wide range of views participating in Harvard’s “marketplace of ideas”—even those involved with a presidency with which they themselves have great argument and disagreement.

Richard L. Cravatts, Ph.D., a Freedom Center Journalism Fellow in Academic Free Speech and President Emeritus of Scholars for Peace in the Middle East, is the author of Dispatches From the Campus War Against Israel and Jews.