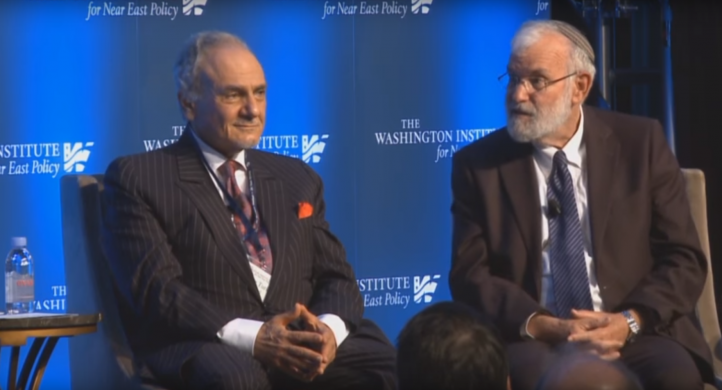 The brilliant historian David S. Landes was perceptive about the correct attitude in life. The optimists rather than the pessimists have it, he wrote, not because they are always right, but because they are positive. The need is to keep trying: no miracles, no perfection, no millennium. This outlook is the basis on which Israeli international policy is formulated.

Prominent in this outlook at the present time is the drive for conciliatory and amiable relations with both Arab states and sub-Saharan African countries. Israel, with a social democratic leadership, soon after its creation and victory over the Arab invasion of it in May 1948, sought to forge good relations with the less developed countries, many new ones, of the world, both in Africa and in Asia.

In its policy, in essence a combination of enlightened self-interest, support for its existential survival, and genuine Jewish humanitarian concern, Israel provided help to those countries in Africa and Asia. The help took many forms: economic, military, medical, and agricultural. Diplomatic and commercial relations were established.

As a result of world political developments, harmonious relations between Israel and what came to be called the Third World (le tiers monde) began to be curtailed or ended. The so called non-aligned movement, supposedly neutral in the Cold War, starting with the Bandung, Indonesia, Conference in 1955, and then the official Non-Aligned Movement, now about 120 members, founded in Belgrade in 1961 by a number of leaders including Egypt’s Gamal Abdel Nasser and India’s Jawaharial Nehru, led to a reduction of diplomatic and technical assistance by Israel.

Following the 1967 and 1973 wars, many of these states broke relations with Israel for a number of reasons: pressure by Arab and Muslim countries; sympathy with the Soviet Union, hostile to Israel at that time; identification with Egypt that had been defeated twice; and wholesale bribery by Libya and Saudi Arabia. The lowest point was Third World approval of the infamous UN General Assembly Resolution of November 10, 1975 that “Zionism is a form of racism and racial discrimination.”

Yet, there was never a complete break, either economically or militarily. Many relations were restored in the 1990s: 42 of the 45 sub-Saharan countries now have some form of relationship with Israel, even if it is not as cordial as in earlier days.

African leaders have visited Israel, and more than 1,000 students African students have been trained in various disciples, agriculture, medicine, and communications.

Optimism spurs on efforts at reconciliation and mutual benefit. Prime Minister Benjamin Netanyahu in July 2016, accompanied by a host of Israeli business people, spent four days meeting the leaders of seven African countries, Uganda, Kenya, Rwanda, South Sudan, Zambia, Tanzania, and Ethiopia. He is the first sitting Israeli prime minister to visit sub-Saharan countries since Yitzhak Shamir did so in 1987.

To some extent the event was important symbolically, a reminder of heroism and the speedy response to and correct way to fight terrorism, on the 40th anniversary of the hostage rescue operation on July 4, 1976 at Entebbe International Airport. The daring operation by the IDF successfully rescued more than 100 passengers of an Air France plane held hostage by Palestinian and German terrorists. The Prime Minister’s older brother, Yoni Netanyahu, the golden boy of Israel, was the only fatality in the rescue.

Even more important than the symbolism was the practical concern for harmonious trade and political relations between Israel and African countries, who almost automatically vote for anti-Israeli resolutions in international forums.

Arab countries are changing in their attitude to Israel with which some have had contacts in spite of no formal ties. Israel since 1996 has had trade offices in Oman and Qatar and cordial relations with Muscat, though there have been interruptions because of political and military events. Some have accepted the reality that Israel is not their enemy nor is it seeking to destroy them. The rhetoric is still there of hostility to supposedly colonial powers, Israel as well as the U.S., but actions of conciliation for mutual advantage tell otherwise.

As recent events show, the times they are a changin’. On July 14, 2016 Dore Gold, Director of Israel’s foreign ministry went to Fada, to meet Chad President Idriss Deby to renew diplomatic ties with Guinea, cut in 1967, and on July 20 in Paris they were restored.

A surprising development was the Israeli diplomatic mission set up in Abu Dhabi, UAE. Israel in 2009 had supported Abu Dhabi becoming the HQ of the International Renewable Energy Agency (IRENA). In 2014 Israel suggested a permanent mission to IRENA, an arrangement that in itself did not mean recognition of Israel.

Change is illustrated most clearly by Saudi Arabia, a country that still has no formal diplomatic relations with Israel, which believes in Palestinian rights to a state, and that Israel should withdraw from territory captured in 1967. The Saudis rejected the Camp David Accords, and broke diplomatic relations, for a time, with Egypt after that country signed the peace treaty with Israel.

Nevertheless, Saudis in 2002 proposed an Arab peace initiative between Israel and the Palestinians. In recent years the two countries have exchanged information on security issues especially regarding Iran, and maintained informal contact. Israel may supply Saudi Arabia with Iron Dome technology.

Optimists can be encouraged by the rare visit for a number of days at the end of July 2016 of a delegation, led by retired General Anwar Eshki, of Saudi academics and businessmen to meet with Israeli Knesset members, including opposition members, and foreign ministry officials including Dore Gold. It was meaningful that meetings took place not in official government facilities but in the King David Hotel in central Jerusalem.

High on the discussion was a renewal of the Arab Peace Initiative, a multilateral proposal presumably relevant to all 57 Arab and Muslim states, a call for rapprochement between Israel and the Arab world and acceptance of a Palestinian state. Though there is intelligence contact between the two countries, Eshki, the Saudi leader of the delegation was diplomatically coy; “to my knowledge there is no cooperation between Israel and Saudi Arabia in counter terrorism efforts.”

It seems probable that the Saudis, under certain conditions, want to speed the peace process and to work together with Israel. General Eshki earlier in April 2016, suggested a Saudi Embassy in Tel Aviv contingent on Israel’s attitude. He and other Saudis see Israel as an ally, not as an enemy. He appreciated that Israel had approved of Saudi’s fight against the Houthi rebels in Yemen.

Irrespective of opinions on the nature of the Saudi Peace Initiative, secret cooperation between Israel and the Saudis has been continuing. The Saudis allows Israel to use their air space and cooperate on the use of drones, rescue helicopters, and tanker planes. It has assured Israel of freedom of passage through the Tiran Straits. Israel sees Saudi Arabia as a bulwark of stability and did not oppose the sale of Leopard tanks to the Saudis.

Israel policy resembles the axiom of another historian, a man named Winston Churchill. The great Briton once said, “A pessimist sees the difficulty in every opportunity: an optimist sees the opportunity on every difficulty.” No wonder he was a good friend  of Israel.

Michael Curtis is the author of more than 35 books on the fields of political theory, comparative government, the Middle East, and European politics, but especially on the history of French political thought, focusing on the importance of that history to the development of political ideas in the rest of the world. In 2014, he was awarded Chevalier in the French Legion of Honor (Légion d’honneur), the highest decoration in France.

If you have enjoyed this article by Michael Curtis and wish to read more, please click here.

Michael Curtis is also a regular contributor to our community blog, The Iconoclast. To view his entries, please click here.