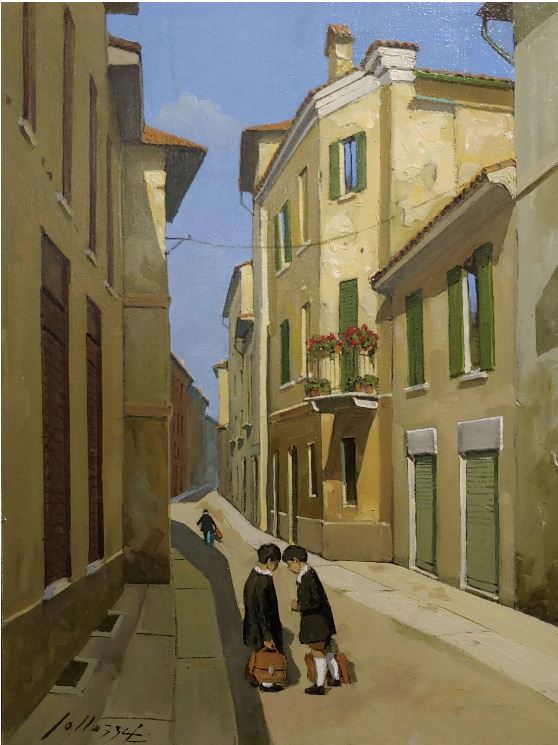 I think people should be allowed to do anything they want. We haven’t tried that for a while. Maybe this time it’ll work.
—George Carlin

A hero, according to most accounts, is a person distinguished by courage or character. Heroes are often elevated as role models, ideals noted for their abilities or special achievements.

A hero might simply be a character too, in literature, theater, or film. Some heroes might be heroines too, but now that sex is rhetorically irrelevant, any notions of gender might be fraught with hazard.

If we go back far enough, heroes were sometimes thought to be endowed with God-like or even immortal qualities. With ancient heroes, divinity was not beyond the pale.

We are, today, brought back to earth by any large sandwich, also called a hero.

Given the vagaries of the English language, a single word often covers a waterfront of meaning, sublime to ridiculous.

Somewhere between the Bay of Pigs and the Tonkin Gulf, the everyday American hero morphed into some kind of comic book fakir, a drunk, a junkie, a celebrity suicide, or a semi-literate, tattooed, over-paid chef or athlete.

The highest grossing film in Hollywood history is now a cartoon populated by men and women in spandex. And they still call cinema “art.” A feature length cartoon might be art in the same sense that a “graphic” novel is literature.

The age of perpetual adolescence dawned with the internet and that sun has yet to set.

Father Edward Flanagan, founder of Boys Town, once told us that there was “no such thing as a bad boy.” By all accounts, he could never say as much about Catholic clerics.

Priestly corruption has probably been with us since Saul of Tarsus became an apostle. Nevertheless, the precipitous decline of the modern church is something of an unprecedented freefall. By any measure, there is a leadership vacuum at the Vatican and in the College of Cardinals.

When asked about the connection between homosexual pedophilia and Catholic clergy; the Pope responded “who am I to judge?” Indeed, you need to sue an archdiocese now to get bishops to do the right thing when priestly child abuse is the issue.

The moral tone of any institution is set at the top.

Maybe I am a victim of age or nostalgia, but it seems that the ethical timber of Catholicism is smoldering, that fire at Notre Dame in Paris may be prophetic, an omen. Modern church problems just seem to keep metastasizing under all those clueless red hats.

Before college, my personal experience with the church was something very different.

Back in the day, seems every Irish family had a priest or nun in their wood pile. Ours was Father Ed Reynolds, a gentle soul who had found his vocation after his brother was killed towards the end of WWII. Father Ed taught at Cardinal Hayes before my time, a day when every instructor was either a Christian brother or a diocesan priest.

Ed Reynolds never missed a holiday, a christening, a confirmation, a graduation, a marriage, or a funeral for fifty years with the O’Grady sisters and all their married incarnations: Donovans, Varleys, Hickeys, Watkinsons, and Olmsteads.

As a kid, I thought that our family was Father Ed’s parish. In the real world, Ed Reynolds went from the south Bronx to Wall Street, ending his career as a Monseigneur, pastor of St. Peters on Barkley Street, ministering to those “one-percenters” we may assume. 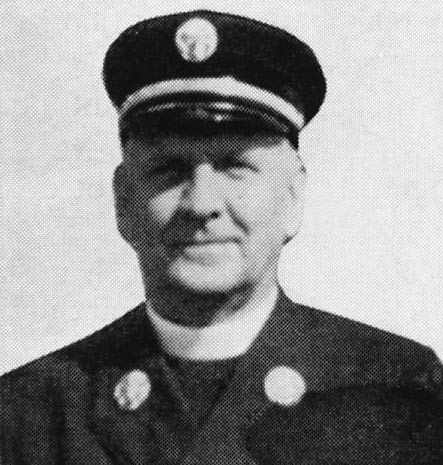 Ed Reynolds was a hero in our small circle, a chap who lived and inspired traditional notions of family, loyalty, and service. Clerics like Reynolds were family sized icons who often rubbed elbows with larger-than-life crusaders like Farther Stanislaus Jablonski (L), the storied Dean of Discipline at Cardinal Hayes HS, paterfamilias for generations of Catholic, blue collar New Yorkers.

Nevertheless, back then, we kids called our disciplinarian “Jabo,” but never to his face.

Then, as now, the south Bronx was a tough neighborhood, a sierra hotel as Donald Trump might say. In its heyday, Hayes was host to 2,500 rough necks from all boroughs. You could call such an assembly a critical mass of adolescent Catholic testosterone.

Jabo was the top cop at Hayes. He

patrolled the Grand Concourse, in search of undisciplined Hayes men.

If Jablonski saw a tie at half mast, he was likely to seize the cravat and yank it up to the Adam’s apple for emphasis. If some poseur had a cigarette behind his ear, Jabo might smack it off with a meaty hand.

He didn’t care about the smoking, he cared about attitudes.

A tie at half-mast or a cigarette behind the ear was too Hollywood and thus proscribed. With Jabo, cool was not a thing. There was, however, a Slavic logic behind those idioms of restraint, call it community or “broken window” policing. Jablonski believed that mastering small matters of discipline allowed a character of self-control to develop.

For Jabo, you had to learn to follow before you could ever hope to lead. Stan Jablonski’s second job was as chaplain to the NYC Fire Department where discipline was a daily matter of life and death.

Jablonski addressed his teen charges as “mister,” believing that calling boys men, and the sheer force of his will, would make it so. Any boy running afoul of Jabo found no court of appeals at home. If Jabo said you were remiss, that judgement was final.

Jablonski had a jail too, the stadium seats in the gym. For miscreants, detention hours were 3 to 5 PM. We called it “jug,” for reasons lost to me now. Maybe it was the alliteration, Jabo’s jug. In winter, doing time in the jug meant you had to navigate the highways and byways of the south Bronx in the dark, not exactly a walk in the park then or now.

Before and after class hours, you might find Father Jablonski, black robes blowing in the wind, astride the median strip of the Grand Concourse, scouring the pavement on either side of the road for slackers. Between the subway and the school house: jackets and ties only, no jeans, no tee shirts; no smoking, no spitting, no noise, no chewing gum, no girls, no horseplay, and no loitering in front of any business establishment.

Yankee Stadium was an exception, the Bronx bombers and Hayes habitués were neighbors a few blocks removed. In the Jabo era, air conditioning was an open window. On a clear cool day, if the wind was right, you could hear the roar of the crowd when Yogi or Mickey put one into the bleachers.

The seventh inning stretch and the 3PM school bell often coincided when the Yanks were at home. After school, if you ran, you might get to see the end of a game for free if the gate ushers were in a good mood.

Picture a warm spring afternoon, a kosher Sabrett hot dog with kraut, a cold Coke, and Mantle on deck. For a kid in the Bronx, such memories were like Brother Larkin’s India ink—indelible.

A “dean of discipline” like Jablonski would be an anachronism today after Big Apple restraint and self-control embarked for the left coast with the Dodgers and Giants. Given the indiscipline of those who might fill restraint roles today, words like self-control seem quaint.

Nevertheless, back then, we kids called our disciplinarian “Jabo,” but never to his face. The Dean was six foot four, maybe more. Legends like Jabolonski seem to get bigger with time. He wore a perpetual scowl like a Kabuki mask.

If your chosen profession is policing, it helps to be large and menacing.

In my experience, Hayes men only went to Manhattan for two reasons, graduation from Saint Patrick’s Cathedral and the annual Saint Paddy’s Day parade. The latter was a mandatory formation; there was no drinking or puking in the Hayes ranks. Jabo hovered along the line-of -march like a big black bird of prey.

Some of us never made it to 5th Avenue for graduation; George Carlin for example. George was a victim of Jabo’s nuclear option. He was kicked out of Hayes on disciplinary grounds. Father Jablonski was a wise guy’s worst nightmare. 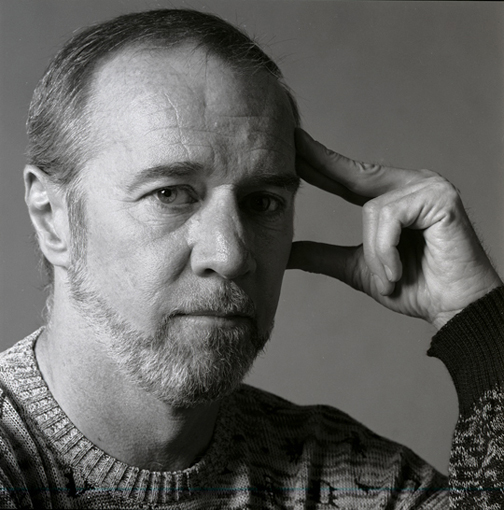 Jabo was fond of saying that “smart ass” was not an occupation. He was wrong in this. Carlin went on to become, arguably, the best comic and social critic ever to come out of New York.

Hayes has less than a thousand students today, mostly minorities. The Jabo days were salad days, more students, more diversity, and a sprinkling of celebrities-to-be like Regis Philbin, Martin Scorcese, and of course, George Carlin.

Philbin graduated a decade before me. Scorsese was a year behind me and Carlin would have graduated the year I began had he not been expelled. Most of us knew those guys by reputation, eventually.

These were days before cocktails or highballs became diseases, before pot became an appetizer or a tax/ revenue stream.

Jabo and George were joined by their scorn for political correctness. Jablonski didn’t care what behavior was allowed at home. At Hayes, it was Jabo’s way or the highway. Likewise, Carlin was as likely to skewer a liberal poseur as he was to take down a conservative crank.

In the end there was even denouement. When Monseigneur Jablonski retired, Carlin spoke at the event. By then a star, George didn’t come to say “look at me now” or “I told you so;” he came to honor the priest who expelled him from school, a tough cleric who dedicated his life to helping boys become men.

That’s what real men do.

My last memory of Hayes was the day we graduates-to-be stood in a long line at the bookstore to pick up our class rings. Ring day was a big deal. At some point, a hush descended on what had been a boisterous jostle of seniors.

Such moments were familiar to us all, a dark presence was nigh.

Jabo strode into view and addressed the mute hallway. “I hope that all of you take more than a ring away from your last four years.” He then walked straight at me and smiled. “Congratulations, Donovan,” he said, “we didn’t think that you would make it.”

Read more in New English Review:
• Much More than a Trade War with China
• Days and Work
• The Strains of a Nation

As Jabo parted the waves of seniors for seas unknown, I realized that the other party in “we” was Father Ed. Ed Reynolds and Stan Jablonski had collaborated to get me into Cardinal Hayes High School. Surely, it was not my grades in grammar school.

I was one of their long shots. Their faith was about to pay off.

Faith, like courage, often has nothing to do with the divine or celestial. Cousin to trust, faith is often just the investment we are willing to make in another human being.

G. Murphy Donovan usually writes about the politics of national security. He lost that ring, class of ’59, playing left field up at Pelham Bay Park two days after he left the Hayes bookstore.Reward for return of same still stands.

PrevThe Luxor Baths: A Reminiscence
We Will Not Go To MarsNext