King Henry and His Wife, Andy 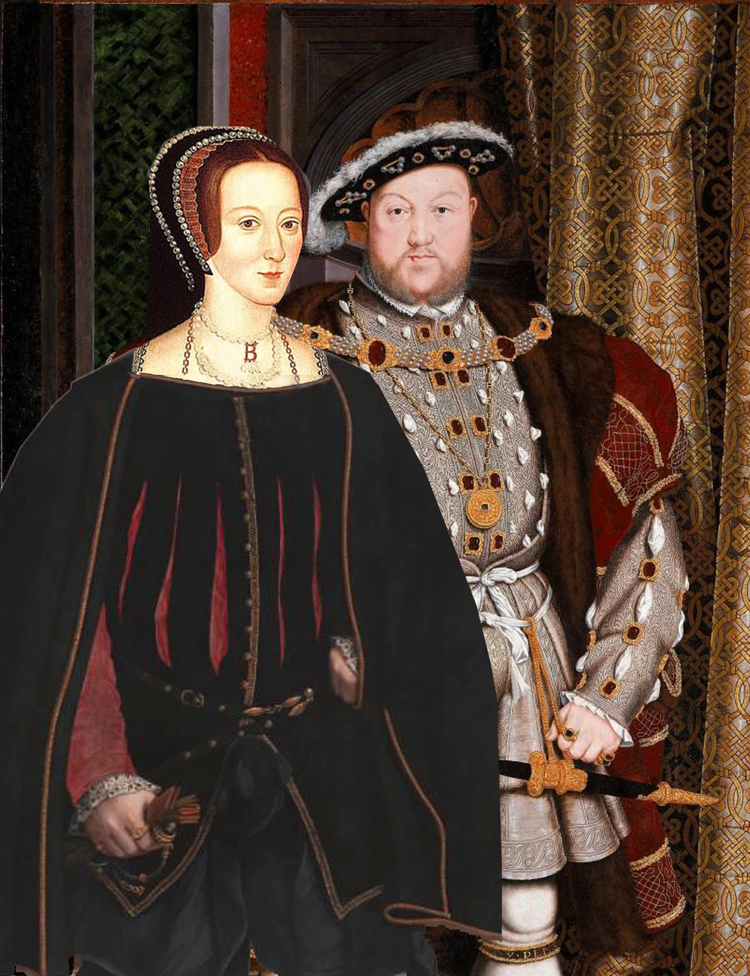 The Wedding of King Henry VIII and Andy Bro’lin

This work is submitted in partial fulfillment of the requirements of a Doctoral Degree at Princesston University—(July, AF 42) by Michael Obladama (preferred pronouns: she, he, her, him, it).

“Yes, I want to thank some of my professors for their invaluable advice and help in helping me formulate this research, especially the hegemonic hermaneutics and stuff.”

I recently came across a revisionist history book. The publication date was given as 1970. In case you don’t know, that is 50 B.F (before Floyd). All annums are now, quite rightly, referred to as either B.F. or A.F., but of course, you know that. This silly attempt to change the past discusses a king who ruled an island off the coast of Islamoeurope, hundreds of years before Floyd and his great achievements were made known.

By the way, I read the book and am reviewing it so you don’t have to. If you want to continue to dream sweetly with untroubled dreams, do not open the pages of this book. If you do open it, you might take offense.

Let me remind you that Andy was considered black since one of his ancestors had migrated to this island from the great southern continent. That is, of course, known as the ‘one drop rule.’ This migration was annums before Andy was born. Not only was Andy black, but he was also, according to the most reliable scholars of the period, a transsexual. Andy was gendered as a birthing person at birth, and in her teens decided to become a non-birthing person. So, when Andy married King Henry VIII, a problem immediately arose. The king wanted a non-birthing person (or as we sometimes call them a ‘mal’) as heir to the kingdom. How could he beget a mal heir on a person who had become another mal? So, big problem, bro. He also like totally wanted to get rid of his first wife, a birthing person, named Kathy, with issues. He even wrote to the Big Papa Clem, way down south, to get advice. Apparently, Clem gave an ambiguous reply being more or less under house arrest at the time. But that is neither here nor there.

You, reader, may not know anything about this period of history, but these details of our past are important to know. What you learned about these events at your madrassa (or even at your gakko if you originally came from the Greater Peking Co-prosperity Sphere) was not always taught in appropriate detail. Take it from me though, you need to know this stuff.

So anyway, in order that Henry could have the necessary mal heir, he ordered that Andy be given the then experimental hystericalectomy operation. You may not know this, but this procedure was relatively rare at the time. Now we take it for granted, of course. ‘Anyone can be anyone,’ as you know. Indeed, this has been incorporated into The Ten Musts, but if you didn’t know that, I just don’t know why I’m bothering.

Honestly, I sometimes wonder what children are taught at their madrassas nowadays!

Well the upshot of all this is fairly well known, or should be. Andy became retransied and changed his name back to Anne (at least for the interim) and gave birth. Now one thing led to another, and against all the odds, it was not aborted (either before or after birth) and then it grew into an actual real fem, named Eddie. The father, mercifully, did not live to see all this. He had sequestered his daughter away, so ashamed was he of this product of his loins.

At this point Andy mysteriously disappears from our story.

Now, as luck would have it, the child, named originally Eddie (did I tell you that already?) became a real queen. She is supposed to have said, “That’s marvelous, at least in my eyes,” quoting from a well-known song. Eddie was given a quick name change as soon as it became clear that she would under no circumstances undergo uterine removal. She chose the name ‘Liz’ because an Indian maid who happened to be a courtier named Pocahontas, sometimes went by that name.

Later, she almost single-handedly defeated a great fleet of ships sent by another king to defeat the people of our island. So, in a way, she did some pretty cool things.

I’ll give the author of this revisionist fake history full marks for getting that basic fact more or less correct. I always give credit where it’s due, as they say. However, they did err on the side of bigotry, let me say, in suggesting that this queen was a pale color. Believe it or not, this book contains an illustration of this birthing person sitting on a giant animal and waving around a sword or something. The caption to the picture says it all— “I may have the body of a weak and feeble woman, but I have the heart and stomach of a king.” I mean, come on, man! The combination of a fem body with a mal heart and stomach is hardly credible, is it? How far do revisionists have to go to stoop to this level of bigotry? But worst of all, I can hardly bear to say it: this queen is depicted as being a kind of whitish shade of pale color. OMG!!! How Dare They!

Let me anticipate your objection. No, the picture has not faded in any way. Not one pixel. That much is clear from the other tones surrounding the face and hands of Liz. So it must have been depicted like that intentionally.  I told you so, I told you. I perused this book so you don’t have to get your minds dirty.

And as absolute proof that the real Liz was not nearly so pale, in fact not at all, let me refer you to a moving picture about her life produced by a long-forgotten and once influential television corporation.

That was quite a few annums ago in the early years of Floyd, but still, imagine if you can, what courage it took to depict the truth, especially when the truth is a true fact, or as we now say ‘truefact.’ That is also another story, which I might tell you about in my next Ph.D dissertation; that is, if I can get all the scholarship together.

But as they used to say, ‘Honi soit qui mal y pense.’ Translated into words you can understand, (since I’m assuming you may not have as many credentials as what I have got, reader), that means roughly, ‘it is quite shameful to think like a mal.’

So much for revisionist histories of this kind.

And let me once again thank my Princesston professors who helped me with the research and stuff.