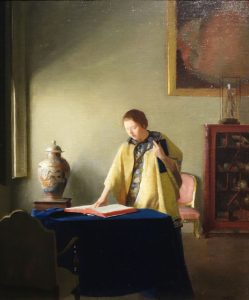 But novels are like lace … an art that disappeared with the convents. Novels can’t fight cars, movies, television, booze. —Louis-Ferdinand Céline

Who could have imagined that in the twenty first century university libraries would be discarding books, that is, throwing them away en masse, and shipping many others to storage facilities? This is what university administrators are doing in response to the reality that students and faculty no longer read.

University administrators and the leftist education establishment fool themselves that students are now readily able to read books in digital form. This could not be further from the truth. Delusional wishful thinking that fits well into their pseudo-egalitarian narrative, that’s all.

Of course, it takes genuine readers to understand and appreciate the value of books and reading, and the attendant cultivation of culture, learning, and quality of life that go with it.

The Destruction of Reading Through Cultural Marxism

Literacy was once considered the staple of democratization; the democratic ideal of citizenry in a healthy open society. The idea is simple: Teach people how to read and the world becomes open to them, they will become empowered, the world becomes their oyster … and so on. Lamentably, the latter are all empty clichés today.

For one, you can’t condition university students for the last forty years to believe that writers and thinkers have nothing to say, no knowledge and meaning to convey, and nothing to teach. A consequence of this is the creation of herds of cultural and social/political Lilliputians, what leftist elitists mistakenly label  ‘educated’ people.

You can’t castrate the imagination by telling people that texts (books) are subjective, that they should be interpreted by readers according to their own needs. You can’t tell people that writing and reading for understanding and comprehension of history are remnants of colonialism. You can’t tell people that there are no universal and sublime narratives and expect people not to dispense with books and reading altogether. This poison and cancer have been incorporated at all levels of education. This is the legacy of deconstruction and cultural Marxism.

Ours is a world dominated by the praxis of leftism, that is, pragmatism that has only one aim: to corral people into groupthink. The praxis of leftism only embraces extrinsic values that serve the purpose of social/political conditioning. This is what communism means by re-writing history and re-education campaigns.

Leftism finds reading valuable only when it promotes collectivization. Otherwise, reading becomes a threat to groupthink because it fosters objective knowledge, cultural and historical literacy, and critical thinking.

Given that reading should be cultivated as a disinterested and intrinsically valuable activity, let us play devil’s advocate and ask, how can reading and cultural literacy enlighten society?  An intrinsic aspect of reading is that it is a celebration of leisure and solitude, both which are expressed enemies of leftism’s ‘action/critical theory’ given that only individuals can genuinely embrace culture, solitude, and leisure.

Let us celebrate leisure and the scarce self-reflective moments we can squeeze out of life in a stifling, morally/culturally bankrupt postmodern administrative state.

Let us toast to books and individuals, a marriage that can never be dissolved, only suppressed. 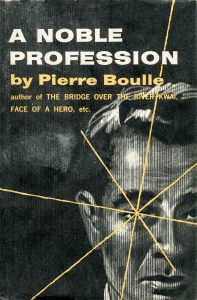 A Noble Profession is a spy novel about a British spy named Cousin, an intellectual, a man who writes about the world and human reality. Cousin is also a romantic.

An aspect of A Noble Profession that most reviewers and critics of the novel miss is that Cousin is akin to a modern-day Don Quixote, waxing eloquently about doing everything in his power to help Britain during World War II.

Most readers recognize Pierre Boulle as the writer of The Bridge on the River Kwai and the science fiction work Planet of the Apes, the latter which was made into films and a television series.

Because novels are like rivers that meander, often through complex plot twist and turns, readers often forget the fine details that establish the course of a novel, especially in its first pages.

Chapter one of A Noble Profession is a case in point. Early on, Boulle tells us much about the narrator’s understanding of mankind, particularly that most rare of all entities in the universe, the individual.

From the start of the novel, Boulle captures the imagination of the reader by suggesting that A Noble Profession is about paying heed to what we see and hear, not what theorists and intellectuals tell us. The narrator tells us the following about perspicuity, “We feel that no base metal can blind us with its glitter, and that we can recognize at a glance any jackdaw in peacock’s feathers.” This is only true for people who possess perspicuity.

Boulle’s emphasis in A Noble Profession is not so much espionage and political intrigue. The novel takes suspense and turns it into a study of human nature vis-à-vis deterministic psychology, the sort that believes that there is no human nature, only brain and its attendant material processes.

The protagonist, Cousin, writer and intellectual, is eager to prove his courage during World War II. Cousin is motivated by the idea of heroism. After Cousin – alias Arvers – joins the service, he is later enlisted in a secret operation by Dr. Fog, a psychiatrist who has several theories he wants to test. Cousin becomes his unsuspecting guinea pig, a Pavlov’s dog of sorts. 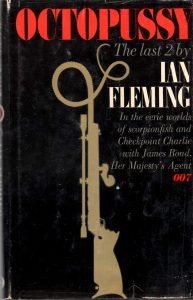 Octopussy is an octopus, the plaything of Major Dexter Smythe, O.B.E., Royal Marines (Retd.). Living on the north shore of Jamaica, (Fleming’s estate, which he named Goldeneye is on Oracabessa Bay), Smythe goes snorkeling daily and feeds his adopted octopus by hand. Smythe believes that he can train the octopus to become his pet.

“Octopussy” is one of the last short stories that the creator of James Bond, Ian Fleming (1908-1964), published. While it is a well-crafted and suspenseful story, James Bond only makes a brief appearance. Such a fleeting showing by Bond makes “Octopussy” a unique Bond story.

Bond’s character is not a commanding force, he is barely noticeable, unlike other memorable Fleming stories. There is a good reason for this, which makes “Octopussy” an intriguing suspense yarn.

Major Smythe has been living the good life in Jamaica for over 15 years, on account of gold bars he stole from a German soldier at the end of World War II. Coercing the soldier to take him to the site where the lute is buried, Smythe shoots the man and throws him down a mountainside.

Smythe is eventually traced to his Jamaican home, where he is summoned by Bond to give himself up in a week’s time to the Royal Marines for court-martial. Bond’s generous allowance of a week implies that Smythe commit suicide and save himself the trouble. It turns out that the German that Smythe murdered was Bond’s friend.

Bond explains how he tracked Smythe down. This is the reason that “Octopussy” is a memorable Bond story. 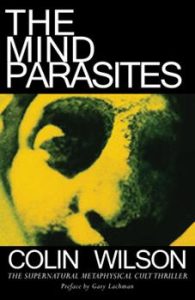 Colin Wilson (1931-2013) is best known for his excellent 1956 nonfiction book The Outsider, a work of existentialism. He followed The Outsider with six more literary/philosophical books, which have come to be regarded as The Outsider Cycle.

The series explores existential philosophy, literature, and values. Wilson explores the question of meaning and alienation, especially in young people. The series was pilloried by leftist critics who found Wilson’s treatment of religion and existential philosophy vehicles that can lead to the cultivation of meaning and purpose in life. Imagine that. Wilson’s critics still lament that the British author did not make reason the handmaiden of leftist ideology.

His 1971 book The Occult: A History is well researched and insightful, addressing non-rational aspects of human reality that science ignores. In addition to his nonfiction books, Wilson published interesting and provocative novels, including The Space Vampires, The God of the Labyrinth and The Mind Parasites.

What distinguishes Wilson from other writers who have treaded water in fiction and nonfiction is that he is an unabashed free spirit as a thinker and writer.

The leftist literary establishment could not forgive Wilson for not belonging to the academy, fashionable literary organizations, and for safeguarding his philosophical curiosity from becoming corrupted by radical ideological motives. The great compliment that Wilson paid to literature and philosophy is his embrace of thought and reason as purveyors of truth. Wilson celebrated literature as disinterested.

The Mind Parasites (1967) is an enjoyable and imaginative novel that employs a timely premise for today: society has come to be ruled by somnambulists who embrace mass psychosis through being conditioned by mind parasites, whose abject purpose is “to prevent man from discovering the worlds inside himself, to keep his attention directed outwards.” 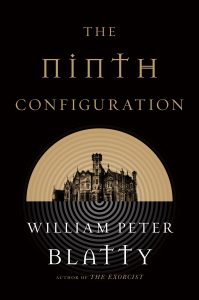 William Peter Blatty (1928-2017), writer of The Exorcist, penned novels that helped readers define good versus evil. Most importantly, Blatty devoted much attention and energy to grace in the Catholic faith: the favor that God grants persons in order to partake in the divine nature.

The latter is one of the aspects of The Exorcist that is missed by secular critics. For this reason, writers like Blatty, Flannery O’Connor and Walker Percy are miscast ‘Catholic’ writers by the secular literary establishment. These critics don’t mean ‘Catholic’ as a compliment.

One advantage granted to Catholic writers is the depth and expanse of literary and philosophical themes they can explore, while secular writers are confined to a secular kind and degree of topics that can become quickly exhausted and passé.

Consider Blatty’s The Ninth Configuration a Catholic novel. Distinguishing appearance from reality is a staple of Blatty’s novels. Taken on face value, The Ninth Configuration is a story about shell-shocked (before PSTD) soldiers who are sent to recuperate in Center Eighteen, a military hospital—a rest camp, it is called. The twenty-seven patients, all of them officers, are spirited, and in keeping with Blatty’s humor, a hilarious bunch.

One patient, a former astronaut, Captain Cutshaw, plays psychiatrist to the psychiatrist. The joke is on reductionist postmodern psychiatry. While the psychiatrist reduces the patients to the interplay of mere nervous system and brain function, this is what Project Freud demands, Cutshaw’s offers metaphysical/Christian answers to questions of meaning and purpose.

The end of the novel is a tribute to sacrifice, hope, and redemption in a world that reduces human life to matter and material processes. Blatty’s dialogue throughout the work, notably in the novel’s culmination, is lyrical and indicative of literature that is informed by a higher purpose than rounding up people to do the devil’s collective bargaining.

PrevObedience and Freedom (and Fools and Legislators)
The Arcanus ProjectNext