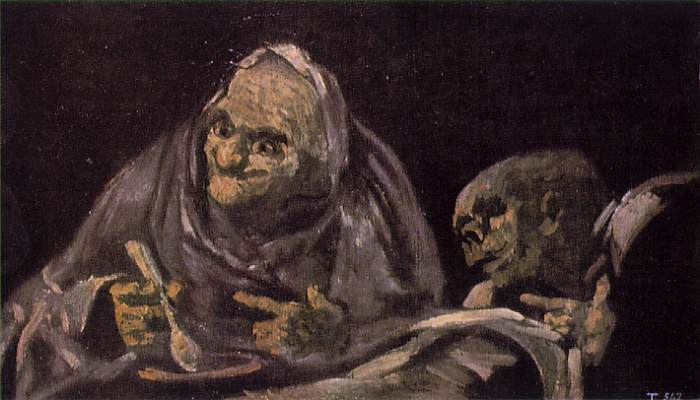 Alan was a resident. Part of my duty was to ‘give him care’, as if ‘care’ were a product that can be measured out and handed over, like cheese at a village fête.

“Wuh,” he said, laying in his bed, reaching down and rubbing between his legs.

I walked to his en-suite and opened the door. Hung on the hooks behind it was his soiled ‘pad’, as was his habit. I put the saturated pad in the black bag which I dragged around with me on a morning shift. “You’re going to have to have a shower and get dressed” I said reaching down to help sit him up.

As I pulled him steadily up, his face distorted into a wicked grimace. His eyes pulled tight, and his forehead wrinkled. His mouth stretched as if he were in pain. It was a face like something you see in a medieval painting depicting the damned. Was I causing him pain? What was the alternative? He wouldn’t get up on his own. I couldn’t let him sit there all morning. He let out a whining noise as I manoeuvred him to the edge of the bed. He sat there for a moment, holding the same face and making the same whine, strangely rubbing his hands back and forth across the soggy under sheet either side of him.

What a face. His face reminded me of the faces I would pull to my brother when I was growing up. When we used to argue and he would get angry at me and start to shout, I would mock him. “Oh, it hurt did it?” And I would say, “wah, wah wah” and pull stupid faces. My brother would get angry and shout until either my father came and demanded we both shut up because we were each as bad as one another, or until our mother told us sternly to ‘just leave each other alone’. Which telling-off came first depended on which parent we were staying with at the time.

“What’s the matter, Alan?” I said, crouching down to speak eye-to-eye. “Are you in any pain?” He carried on whining as if I had said nothing for a while. I waited for a response. One of his eyes opened, and he stole a quick glance as me.

“Oh,” he said, and his lips turned into a smile “nuffin”, and he let out a cheeky laugh.

“Well, we need to get you into that shower I’m afraid, because your daughter is coming to see you today, remember? It’s your birthday.”

I escorted him down the corridor and into the wet room. We found the right temperature and he sat on the seat while I washed his back for him. I then handed him the soapy wipe and asked him if he would wash between his legs himself. He didn’t, and he just sat there wipe laying limp in his hand. I mimed to him what I wanted him to do, but he was unresponsive. After a short minute he began to put on his face again, complete with contortions and the whining. I tried to explain that his daughter would be there soon, and that I was sorry but I had to have him washed and dressed for her to take him out. But he just carried on whining, this time getting louder.

Conscious of time, I tried to take the wash cloth from him so I could at least wash his feet. But he wouldn’t let me have it. He just carried on whining. I could feel myself getting frustrated.

“Wahhhhh.” I said in response.

He was getting louder and louder. This was absurd. I reached out and yanked the wipe from his grip and tossed it into my black bag. Then I pulled the shower head off its holder and aimed it at his body, first at his smelly genitals and then his sticky feet. He started to scream at this point, and then he stood up, kicked me in the shins and spat in my face.

Right, I thought, and left the room. I approached my colleague, Laura, and asked her if she wouldn’t mind finishing Alan off this morning.

While she saw to him I went down to the kitchen, where I drank the remains of a cold cup of coffee and started making sandwiches for afternoon tea.

Fifteen minutes later and the doorbell rang. I went and let Alan’s daughter in.

“I think Laura is just finishing him off.” I said, “he should be down in a minute.”

We stood awkwardly in silence for a moment. Laura appeared with Alan at the top of the stairs. The daughter turned to me and said, “you all do such a good job here,” and handed me a box of Liquorice AllSorts to “share between the staff”.

“He’s just coming down,” called Laura from behind Alan at the top of the stairs.

We stood watching him descend. He wore black trousers, black shoes, a white shirt, and his Air Force jacket with military badges attached.

“How has he been recently?” she asked me quickly, just before he reached the bottom.

I struggled to come up with anything.

“I’ll have him back for tea.” the daughter said.

I punched the code into the front door and made sure he was escorted safely into the daughter’s Mercedes. Laura and I stood at the front steps and waved them goodbye as they drove away.

“Nice of her to come and see him this year.” said Laura.