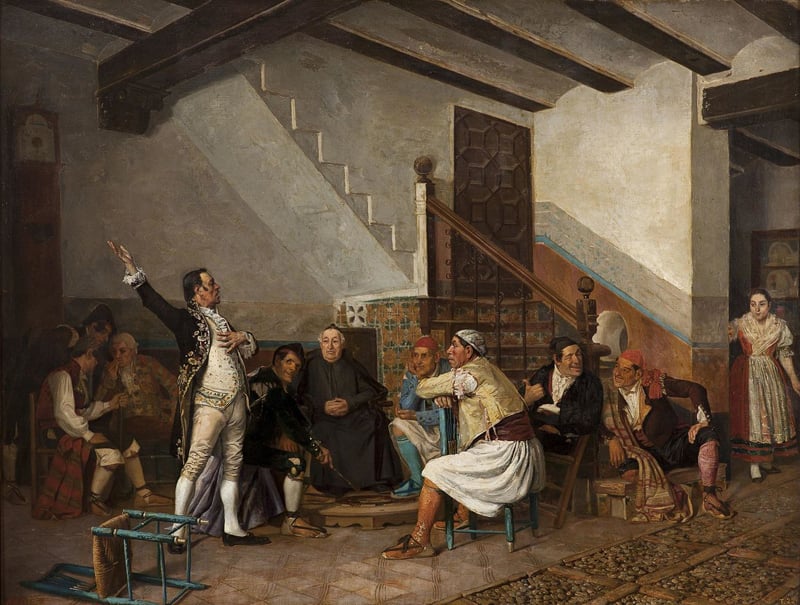 The regional elections highlighted the use of astroturfing tactics in populist propaganda. Electoral parties manipulate or distort past historical events in favor of their political views so that they can captivate the interest and support of specific groups of voter profiles. This is a sort of manipulated “Mandela Effect.”

This was the result of populist cultures that emerged from the Spanish anti-austerity movement also known as the 15-M Movement. This phenomenon took root during the financial crisis of 2008-2014 that resulted from the austerity measures imposed by the Spanish government to control and reduce public debt. They demanded a more pluralistic party system that would break the existing bi-partisanship model, with PP and PSOE alternating in power and both with numerous macro judicial proceedings for corruption, illegal financing, and embezzlement of funds.

In this climate of discontent, three new parties entered the political stage: Unidas Podemos (UP, founded in 2014) with close ties to communism; Ciudadanos (Cs), promoting a delicate balance between social democracy and liberalism (2006), and Vox (2013) connecting with Spanish nationalist and conservative values (seen as far right by some). From 2014 onwards their Parliament representation grew with the three successive general elections that took place between 2016 and 2019. Since then, coalition agreements were necessary to attain power.

Following Catalonia’s failed unilateral declaration of independence in 2017, a systematic series of fake news and disinformation campaigns flooded the public and political space. Many of these actions were supported by the Catalan regional government using public funds with the intent of influencing and mobilizing public opinion toward their cause and against their opponents. Finally, on October 14, 2019, the Spanish Supreme Court convicted the leaders who had promoted the unofficial referendum of sedition.

Since then, campaigns emerged that focused on creating false cyber-mass audiences that supposedly emerged spontaneously. The aim was nothing less than to achieve support for an existing political dogma. The pinnacle of astroturfing occurred when Trump supporters stormed the US Capitol. It is undeniable that current politics are now largely based on these cyber-strategies.

The 2016 Spanish general elections gave Cs and UP representation in the Spanish parliament. However, the vote of no-confidence lead by Sanchez and supported by pro-independence nationalist parties brought down the PP government and new elections were held in April 2019 where both PSOE and PP obtained very poor results. This created the need to forge potential coalition governments with new parties that entered the political arena.

On November 10, 2019, Sanchez, unable to form a government, called new elections in which Cs collapsed from 57 to 10 deputies (for not reaching an agreement with the PSOE); Vox rose from 24-52 deputies and UP fell from 33 to 26. In the aftermath, our Prime Minister formed a coalition with UP and a range of pro-independence parties. This alliance was known as the “Frankenstein government.” Its survival seemed quite impossible. The demands for powers by the coalition partners were so far-reaching that the central state was in danger of being diluted. For example, a pro-independence negotiating table for Catalan independence was demanded!

The vital lifeline of Sanchez´s government was precisely the COVID-19 pandemic. As a result of this, the government began to rule by decree, overwhelmed by a deficient management of the crisis. Neither was it possible to put in place a government of national salvation imitating the Italian approach. The Spanish government’s strategy was to delegate responsibility to the 17 autonomous communities to manage the pandemic with an intent to put a stop to their political erosion.

From now on, the regional leaders were to be responsible for the COVID-crisis mis-management and the victims while the central government was seen as the savior by bringing in European economic recovery funds. Additionally, Spanish society was being distracted with the law legalizing Euthanasia—ill-timed bearing in mind the number of deaths caused by the pandemic, government maneuvering to control the Judiciary´s General Council, and heavy pressure from the ex-Second Vice President and General Secretary of UP, Pablo Iglesias, against freedom of speech and of the press while dealing with open judicial processes against his party. This specific matter was cited by US Secretary of State Antony Blinken, in section 2 of the “2020 Country Reports on Human Rights Practices in Spain.”

Let us not forget that the birth of UP emerged from the 7-million-dollar donation that the Venezuelan regime under Hugo Chavez contributed to the foundation called “Center for Political and Social Studies in 2008.” Some of its key members were to become founders of this political party. Mr Errejon, one of the cofounders, eventually moved on to create another political party called “Mas Pais,” to which “Mas Madrid” is affiliated.

The epitome of government mismanagement was also visible in the economic arena, the country returned to a severe recession with public debt spiraling out of control. The level of debt in 2020 reached 120% of the Spanish GDP with the unemployment rate well above 15%. Currently, there is a war economy where the pandemic and the economic situation are tied together. With vaccination in progress and the Recovery and Resilience Plan submitted to the EU-Commission, the lifeline for Sanchez has been served. On the other hand, the plan is entirely programmatic and The Independent Authority for Spanish Fiscal Responsibility (created in 2013 by the Spanish Government on the request of the EU) has criticized the lack of transparency and strategy with regards to a portion of the 72 billion euros which are to be transferred to Spain in the next 3 years as subsidies. The specific details of the approved projects, and the execution timelines as well as the accompanying content to the structural reforms (labor, pension, and tax reforms) are unknown.

In the May 4th regional elections in Madrid, a deplorable ideological rhetoric was the name of the game. In this theater of the absurd, references to fascism and communism have been a constant in a polarizing campaign environment. In fact, the elections in Madrid have been a face-off between the Prime Minister and the PP regional candidate. The trigger was PSOE´s failed attempt to topple the regional coalition (PP and Cs) in Murcia. This political maneuver led President Ayuso to immediately call for early elections due to a high risk of an imitation effect of a vote of no-confidence as the Madrid government was also a PP-Cs coalition. In the new elections, Ayuso won with an overwhelming victory, more than doubling PPs seats and giving the coup de grâce to Cs (from 26 deputies to zero!). Mas Madrid (a brand-new party founded in 2019 with some ex UP members) is the second dominant party.

We have witnessed with horror how the ruling political castes locked us up in its pseudo-science born out of the “Mandela effect.” They have even tried to make the electorate believe that we are re-living the (1936-1939) Civil War fought by our ancestors!

That illusion has not worked and we have observed yet another trait that predominates in our leaders: the “Dunning-Kruger effect.” This suggests that those who defend the eternal populist positions are the most incompetent. This overestimation of capabilities from political leadership then became propaganda imposed upon more experienced political agents who should have generated a reliable economic recovery plan.

Jorge Vila Lozano a Spanish lawyer with a Ph.D in law as well as an Academic Correspondent at the Spanish Royal Academy of Jurisprudence and Legislation.

PrevToday in France
A Glimpse of the Greek and Roman MosaicNext