Mariusz Matera and Preserving the Memory of Jewish Life in Chelm 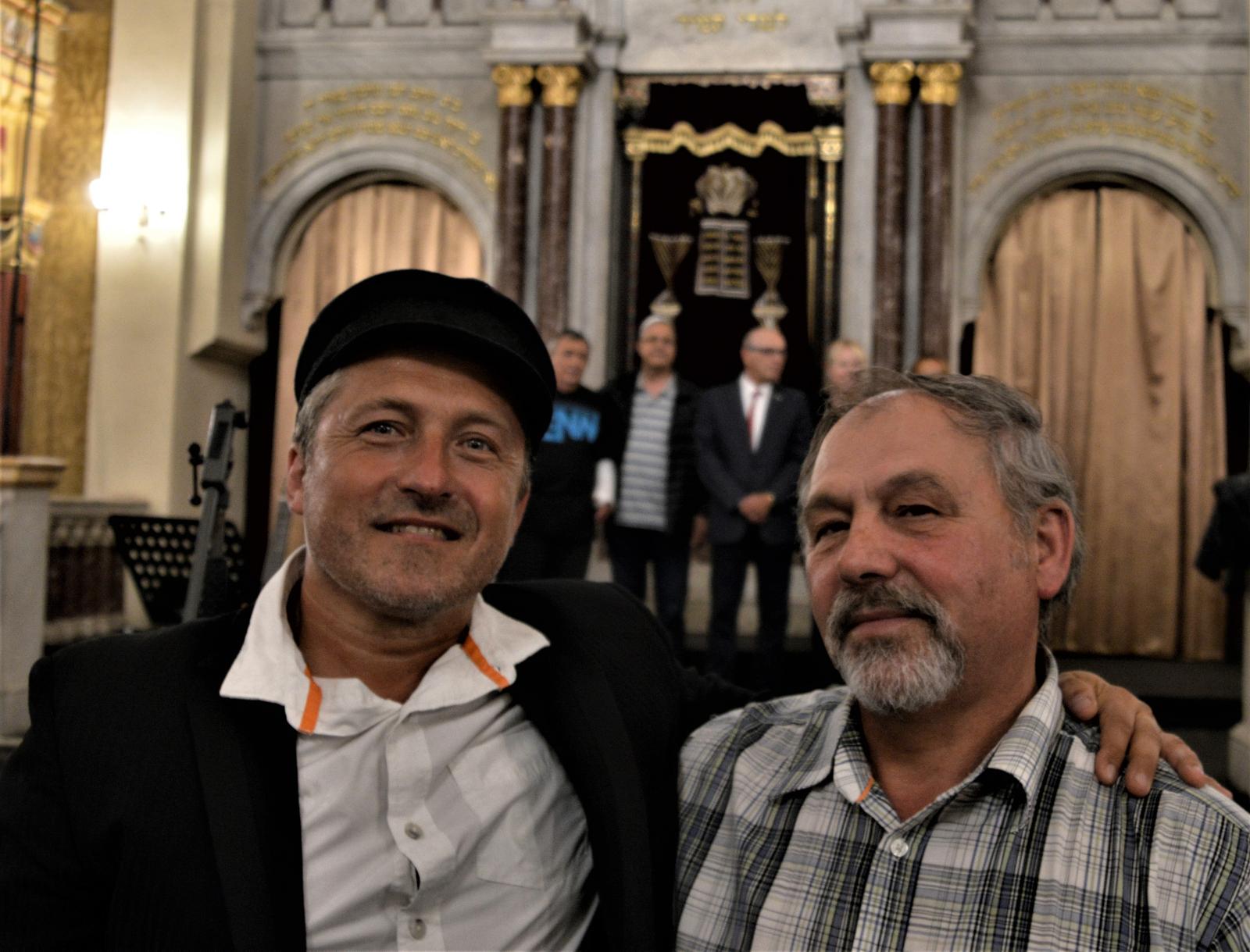 After the two of us met at a Shabbat dinner during the festival, we decided to attend the “Preserving Memory” awards ceremony together. Held at the Galicia Jewish Museum, the ceremony included the presentation of certificates to eleven Poles in recognition of their role in protecting the country’s Jewish heritage. (“Preserving Memory” was begun in 1988 by Michael H. Traison, a Chicago attorney, to honor Poles actively preserving Jewish heritage in Poland and fostering Polish-Jewish dialogue.)

Read more in New English Review:
• The Story of the De Le Warr Pavilion
• For Tomorrow We Die
• The Archaeology of Living Rooms

Lubaszewski—a historian, history teacher, and museum curator—was recognized for his communal work about the history and memory of Chelm’s Jews. Uszynski—a Pentecostal clergyman and pastor emeritus—was recognized for his activities toward the commemoration of Jews murdered in the area of Chelm and Hrubieszów, and for his organizational work around Polish-Israeli relations. Matera—a blues and rock singer, artist, activist, and socio-cultural organizer—was recognized for his efforts at preserving and promoting Jewish culture and heritage in Chelm, including by helping to erect new memorial headstones at the Jewish cemetery and a memorial of the liquidation of the Chelm ghetto.

In addition to blues and rock—he cites Bon Jovi, the Scorpions, Whitesnake, and U2 as vocal influences—Matera, who is fifty-five, has a love for Jewish music, and performed with his klezmer band, Szalom [Shalom] Chelm, during the awards ceremony and at other festival events. 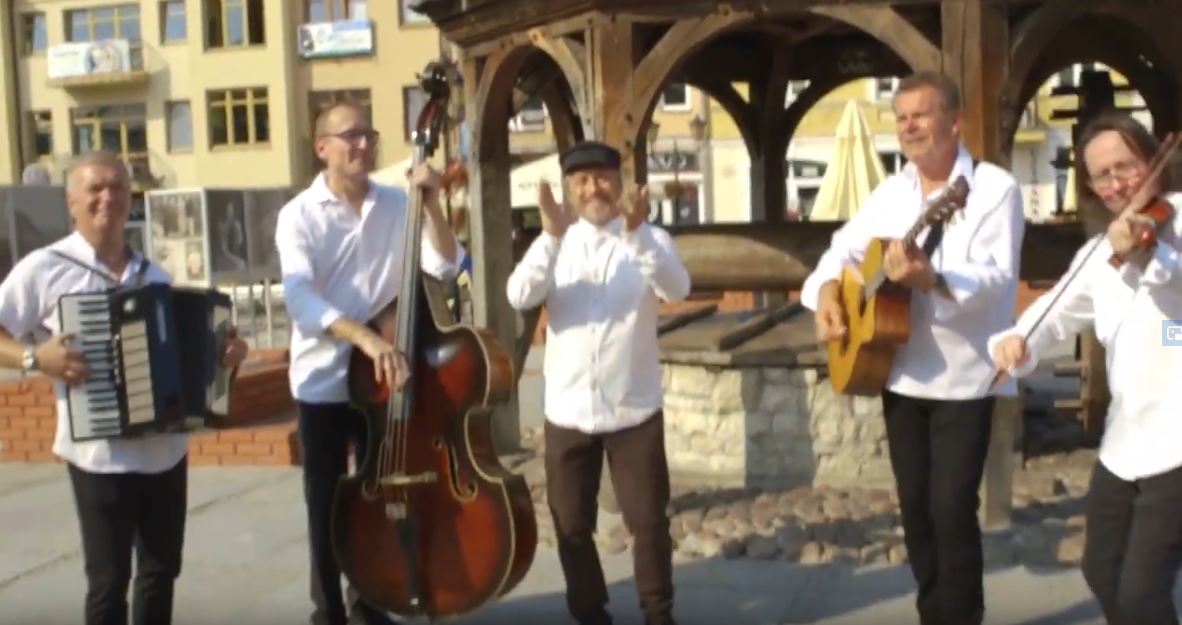 Also at the ceremony was Shlomit Beck, an Israeli lawyer and a member of the Chelmer Organization of Israel, which represents the remnant of Chelm’s Jewish community in Israel and the diaspora. Its members include Jews from Chelm and their descendants. Prior to the German occupation in 1939, there had been about 15,000 Jews in Chelm, comprising over 44% of its population. Beck’s grandfather and grandmother lived in Chelm before World War II, and she manages the Chelmer Organization of Israel’s website and Facebook page.

Following the awards ceremony, we sat with Matera and Beck in the Galicia Jewish Museum café and filmed an interview in English. The transcript below, edited for length and clarity, is drawn from that June 23 recording of Matera.

When did you first start to become interested in Chelm’s Jewish history?

I was a very curious boy. I was always asking my grandmother about Chelm—how it was before the [Second World] War. The city at this time, in the early seventies, it was a very quiet, sort of sleepy town. Only on market days was it quite loud, but usually it was a very silent city. I felt there was only half of the city. I can describe it as just like a man only on one leg, without the other. She described Chelm from before the war times—that it was loud, full of flavors, different languages. It was a really multicultural, international city. I couldn’t see that at all. I tried to imagine how it looked, how it was.

Were you familiar with the Jewish depiction of Chelm in jokes and humorous stories?

There is a quite thick Polish book with Jewish jokes called By the Candles of Shabbat [Przy Szabasowych Siecach: Humor Zydowski, by Horacy Safrin]. I got it the first time when I was maybe a ten-year-old boy. My father bought me this book in Warsaw. I read it so many times, from the beginning until the end. And there was a whole part only about Jews from Chelm. So I discovered there—Hey! This is about my city! My city is very famous! There are so many jokes about my city! And I tried to understand why. And, of course, I know: I think that everybody else is jealous of us! Really, it is from jealousy. First, because we are famous, Chelmers, you know. And second, we have a very special point of view for life. It is something really amazing philosophically, sort of a different dimension. And I love it. We are special.

The Chelm jokes, Jewish jokes, Jewish humor are a very important part of my studying Jewish culture. Because, you know, these are not only jokes. They describe living, the Jewish style of life. When you are reading jokes about yeshivot, about rabbis, you are learning the life, you are touching real life, how it was one hundred years ago, how it was before the war, and it is very important.

Why did your father buy you that book?

He knew that I am interested in the Jewish history of my city from childhood. I was curious, so curious. I think that this is the reason that he bought me this book, because he knew that I loved this culture and I loved the history of my city, beautiful city. I loved Chelm always. I always said this is the most beautiful city in the whole world. This is my homeland and I never, never want to leave it or just say any bad words about this city, because it is really beautiful and something very special. You have to love this place.

[Later] I was also discovering old biblical Jewish culture. I was studying the bible. I loved to read the bible, especially psalms and the old stories from the Old Testament. I was reading at church and at home. I had a very strong need to study the culture of ancient Israel times.

Did you know any Jews from Chelm?

In 2005, for the first time I met a Jew from Chelm from the times before the war. He was an old man, and he passed away a few years ago: Chaim Lender. He was the former leader of the Chelmer Organization of Israel. When I met him, and we were walking all over Chelm, he showed me the Jewish Chelm, because I knew it only as my mom and grandmother remembered it, the Polish Chelm.

He was a representative of the second leg, as I told you before. He was full of stories, beautiful stories. I started to complete this vision of my city, my beautiful city. He was in fact the first Jewish man from Chelm [I met] who remembered exactly how it was before the war from the Jewish point of view, so it was for me something totally different. The Polish point of view I knew very well because of the stories of my grandmother. It was something really, really special, and it was this which I needed.

How did Szalom Chelm, your klezmer band of Poles singing in Hebrew and Polish and playing Jewish music, come into being?

I wanted to do something special for him, [for Chaim Lender]. I thought it would be very nice to sing one song in Hebrew for him. However, I did not know Hebrew. It was a hard song [I chose] to sing, because it was “Yerushalayim shel Zahav” [Jerusalem of Gold]. It is very hard. I started to learn it, and I did it. He was very touched with this. From the moment I started to sing this song with Chaim Lender, I decided to make a CD, to make some more songs in Hebrew just to honor all the Jewish Chelmers that passed away during the war and those that are still living all over the world.

So I did it. This is how the Szalom Chelm band started in 2013. I recorded a disk called Szalom Chelm. It was with traditional Jewish songs, like “Shalom Aleichem” [Peace be upon You], “Lecha Dodi” [Come my Beloved] and the others, and also we put on the CD Chaim Lender singing “Mayn Shtetele Belz” [My Little Town of Belz] through the telephone [from Israel]. I recorded and I put it [on the CD], so it was something very special. It was just the beginning of the Szalom Chelm band.

You mentioned Chaim Lender and the Chelmer Organization of Israel. What has been your relationship with the organization?

I met the [other] people from the Chelmer Organization of Israel two years ago [in July 2017]. It was the first official visit after the war, when about thirty-five people from Israel and all over the world came to visit Chelm in an official way. I decided to make some sort of surprise for them—to give them some songs, to make a small performance—and I took my friends and we arranged a place in the library. It was very surprising for them and it was really something amazing, and this is how our cooperation began with the Chelmer Organization of Israel today, with Shlomit Beck and Ben-Zion Levkovitz and the other people that are so, so really, really friendly. And they did so much for us.

At that time, I was singing “Leshana Haba’a BiYerushalayim [Next Year in Jerusalem]” and Shlomit [Beck] told me, “Ah, okay, you are singing ‘Leshana Haba’a BiYerushalayim’—so you are going to be in Yerushalayim [Jerusalem].” And I was thinking, you know, it was just a joke, just words according to the lyrics. But Shlomit said, “No, because women from Chelm are really serious.” [Beck adds: “We are not laughing. If we say something, we mean it. It will be.”] After that, she arranged our tour in Israel last September. So it was like that—something amazing happened in my life, and it is really something special.

[Beck explains that the band’s visit included touring Israel, meeting with Jews of Chelmer origin, four live performances in front of 1,000 people and an appearance on Israeli television. “Mariusz composed a song called ‘The Whole World is One Big Chelm,’” Beck says, “and a music video was recorded in Israel and in Chelm, funded by contributions from Jewish families of Chelmer origin, as a memorialization project.” The introduction to the clip states that it is dedicated “In memory of our beloved families who lived in Chelm for hundreds of years and perished during the Holocaust.”]

Are any Jews still living in Chelm today?

You know, there are no Jews at all in Chelm, but when you open your heart, open your soul, you still feel the same atmosphere. It is really still in the air. And I think that this made the missing in my heart from my childhood. I felt it, that there is still somebody here that we can touch and can see, but they miss us and we miss them too.

Ariela Alush (lionessfilms.com) is a director, screenwriter and editor based in Israel and is currently filming a movie about emerging Judaism in Poland.