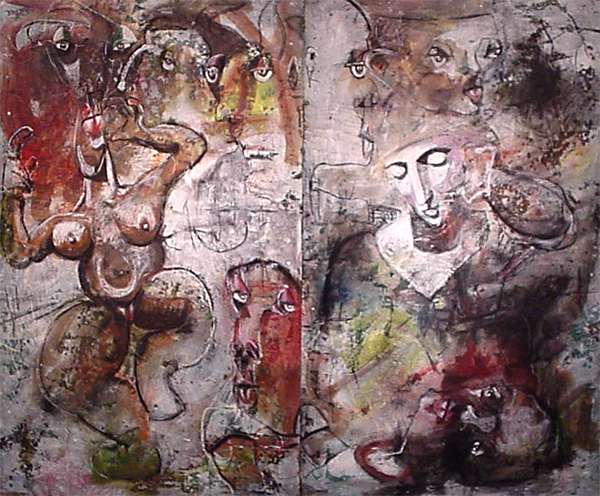 The New Academy Prize in Literature is meant to fill the void left by this year’s cancellation of the Nobel Prize for Literature. Recently the Afro-Caribbean novelist Maryse Condé (b. Guadeloupe, 1937) was announced winner of this interim prize. She will be honoured with due respect in Stockholm, Sweden, this December. The New Academy Prize stresses the significance of literature, because of its association with ‘democracy, openness, empathy and respect’ and of being a likely ‘counterforce of oppression’ (as the New Academy Prize website has it). As for Condé’s work, it is an amazingly impressive ‘counterforce’ to former and present-day identity politics. She scorns closed systems such as race, gender, sexuality, religion and other identity markers, and demands the permanent reassessment of ideological enclosures, not in the last place ‘black identity’.

Indeed, it is Maryse Condé who fulfills the requirements which can be demanded of writers of stature, viz. the creation of characters with identifiable human actions, thoughts and feelings instead of the fabrication of stereotypical victims, martyrs, exploiters and/or heroes. Right from her first novel, Hérémakhonon (1976; Heremakhonon, 1990), Condé has systematically taken to task the oversimplified accentuation of revenge and the reinforcement of ethnically-colored solidarity based on a 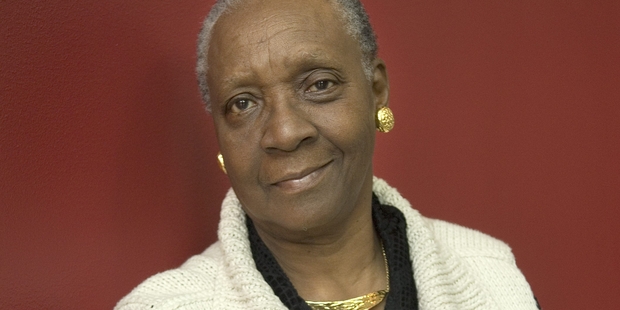 past of misery and bitterness. The Caribbean bonds with Africa are questioned in this first novel as well as in Une saison à Rihata (1981; A season in Rihata, 1988), while in Moi, Tituba sorcière (1986; I Tituba; black witch of Salem, 1992) certain aspects of western—in particular Jewish—civilization are portrayed in a somewhat positive light, alongside justified criticism of other aspects. On the one hand, human rights are being defended fervently, on the other, there’s direful intolerance and discrimination.

Condé’s bestseller, the two volume novel, Ségou (1984/1985; Segu 1988, The children of Segu, 1989) subverts the stereotypical scholarly and literary depictions of slavery. This subversion is effected in detail through the depiction of Arabian expansionism and African collaboration in the rise of slavery (raiding, plundering, rape, slave markets, terror, uprising and the like). Condé alienates her readers from the familiar and makes them familiar with the alien. 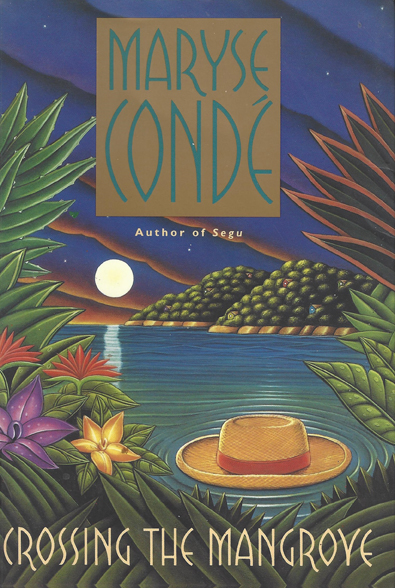 Part of what she does in her novel Traversée de la mangrove (1989; Crossing the mangrove 1995), set in Guadeloupe, is to scrutinize sharply and explode the narrow minded nationalism to be found on some Caribbean islands, especially its lack of tolerance and empathy. This is evident, for example, in the English translation, when the local author Lucien Evarista finds himself obliged to explain his friendship with the outsider Francis Sancher, the main character of a virtually inextricable European, Latin American and Caribbean background:

Listen, gentlemen! For a long time I thought like yourselves that you had to eat patriotically, drink patriotically and screw patriotically. I divided the world in two: us and the bastards. Now I realize it’s a mistake. A mistake. There’s more humanity and riches in that man [Sancher] than in all our lecturers in Creole. (Condé 1995 [1989]: 187)

The consequences of that mistake are quite far reaching, in the novel that is.

It can equally come as no surprise that in Crossing the mangrove, Condé also takes a swipe at the celebrated Patrick Chamoiseau (Martinique, 1953). His reproach towards his fellow islander authors, including Condé, that they write in the language of the colonizer—la langue autorisée (authorized standard language) —and therefore ignore the most authentic part of their culture, their own créole is ironized by Condé. The consistent use of French Creole in literary texts may very well yield a novel that can be regarded as typically Guadeloupian, but this will also yield fewer readers (if any at all).

Condé does not lose sight of the disastrous events of the past: the middle passage, slavery, indentured labor, torture at the hands of the colonial rulers, and so on and so forth. But she does not make the mistake of declaring guilty all European descended people of the past, present and future. And of equal, if not greater importance is that she does not make the mistake of turning all Afro-Caribbean people of the past, present and future into sinless martyrs or victims with no will of their own. With Condé intrigues, hatred, understanding, love, cowardice, prejudices, judgments, courage, envy and every other human attribute are not selectively apportioned along ethnic lines but are aspects of complex people and of complex social configurations and processes. 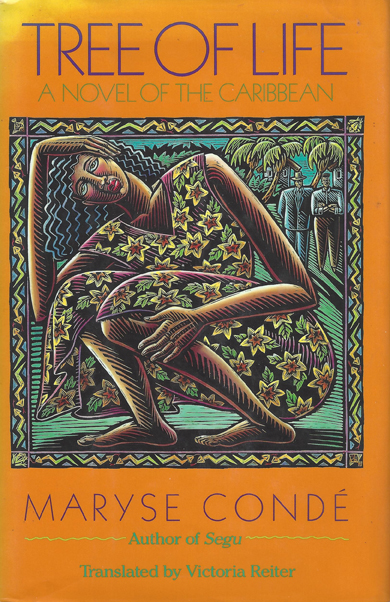 In her 1987 novel La vie scélérate (Tree of life, 1992), Condé was particularly at pains to depict the complexity of human interactions. This novel cherishes the Caribbean region and its people through the acceptance of all sorts of peculiarities and capricious circumstances. Tree of life has impressive scope and depth through a portrayal of four generations, their social mobility, their geographic dispersion, their very different and frequently contradictory aspirations, their mutual relations and their ties with third parties, all displaying an endless and complex array of often quite unruly human characteristics.

In the novel, we are introduced to the Caribbean and its people through a search by Coco to uncover her family’s history. Coco, born in 1960, belongs to the youngest generation of the family. The search takes place with varying degrees of help from other family members and leads back to her great grandfather Albert Louis who died in 1948. At the age of twelve, Albert swore an oath that he would not die on a sugarcane plantation like his father before him. The oldest, most tangible sign of life that Coco discovers about Albert is a contract signed by him—on “Tuesday March 14, 1904” —to work for two years on the excavation of the Panama Canal. The novel is put on the rails with an account of Albert’s hardships, survival strategies, ideals, disappointments and successful enterprises and then embarks on a compelling journey through the twentieth century and to all corners of the Caribbean, the New World and Europe.

It is particularly because of her grandfather Jacob—one of Albert’s sons with a no less intriguing life story than his father’s—who makes Coco decide in the end to write down that history.

It would be a story of very ordinary people who in their very ordinary way had nonetheless made blood flow. […] I would have to tell it and it would be a memorial, monument of my own. A book quite different from those ambitious ones my mother had dreamed of writing: Revolutionary Movements of the Black World and all the rest. A book with neither great torturers nor lavish martyrdoms. But one that would still be heavy with its weight of flesh and blood. The story of my people. (Condé, 1992 [1987]: 357)

In putting her family’s history on paper, Coco does not make any attempt at trying to find her ‘roots’ in a monolithic way. The history of Caribbean people bears a great resemblance to that of the intricate labyrinth of the roots of mangroves. Coco learns to accept this, including the capricious and less than elevating sides to those roots in the muddy past.

The roles of both Afro-Caribbean and European descended people—both ‘black’ and ‘white’—play in Condé’s novels are considerably more nuanced than texts that wallow in the mold of the Négritude movement, of Rastafarianism or the Black Power movement of yonder days or of present day identity movements that demand safe spaces, decolonizing the colonial mind or deconstructing cultural appropriation.

Coco’s task consisted of, as the quote above illustrates, constructing a history out of all the bits and pieces of her family’s story in order to be able to say: ‘Hey, that’s me!’ In the Tree of life, Condé gives Coco and her family a voice that expresses unambiguously and devoid of selective rejection what the past and the present amount to in terms of points of identification, both inside and outside the region, both inside and outside one’s ethnic group. With challenging force and literary surprises Condé would continue to pound these pioneering idea(l)s into the heads of her readers, worldwide. Frappez toujours, as French has it. Down with closed systems, of whatever nature. Down with ideological enclosures. Consequently, Condé’s defiant writing is not solely about ‘them’, but very much about anyone of ‘us’—irrespective of the socio-cultural and ethnic enclave we turned into our dwellings.

Naturally though, Tree of life—or any one of her other novels—did not completely fulfill the task set. ‘The entire field remains to be deciphered’, Jacob asserts, ‘with its weeds, its Guinea grass and its touch-me-nots clawing at the ankles.’ Above all, the past does not allow itself to be simply recorded once and for all and interpreted in an unambiguous way. Such monodimensional simplicity should not be something to be obstinately sought, instead space should be allowed for less slavish adherence to petrified representations of the past and for more creative interpretations of the future—beyond ethnic enclosures, as Maryse Condé has lived it.

Note: For a bibliography of her work and of translations in English, see ‘Oeuvres principales’ : http://ile-en-ile.org/conde

________________________
Aart G. Broek, PhD was born in the Netherlands (1954). He is a social scientist, specializing in Caribbean studies and has published books, articles, columns and curricula about literary and linguistic phenomena, historical developments and political issues concerning the Caribbean. He has lived and worked in Curaçao, Dutch Caribbean, for over twenty years. The author owes a debt of gratitude to Scott Rollins and Nicholas Faraclas for translational and editorial support of the present text.