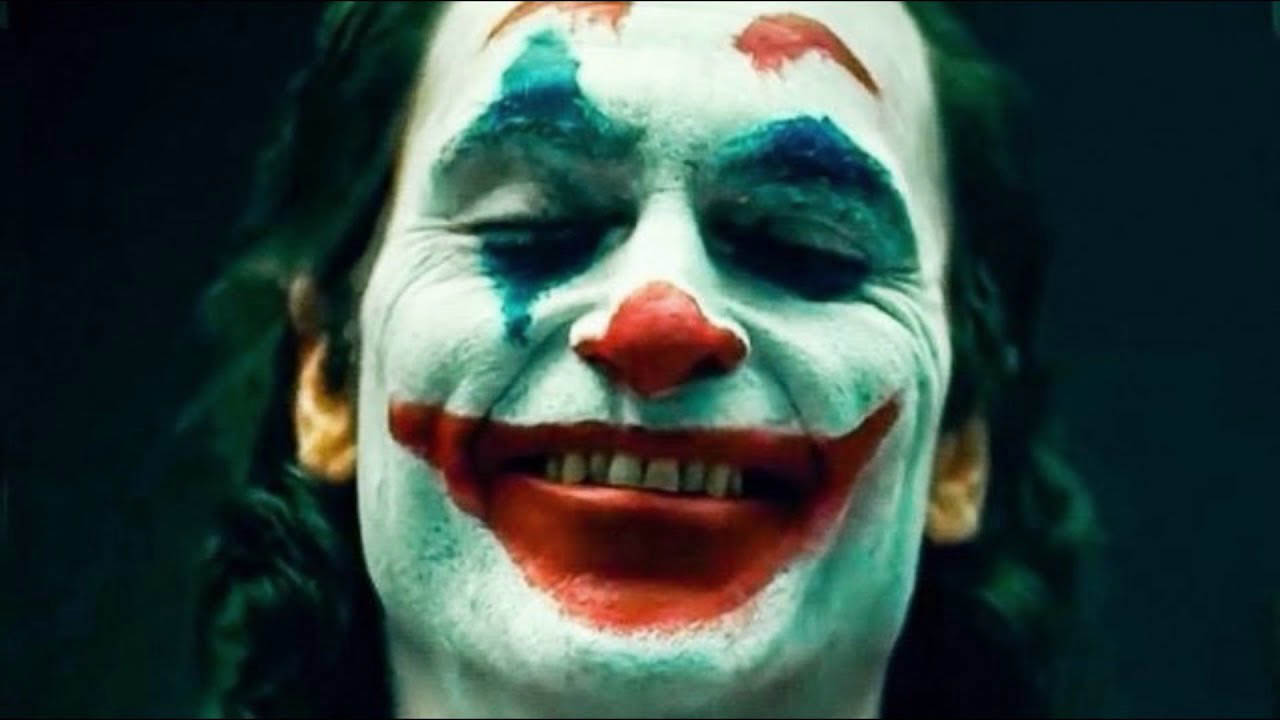 Tragedy as a literary genre might be said to have ended with Shakespeare: in early modernity human beings were displaced from the centre of the cosmos, and by the 20th century were starting to see themselves as no more significant in the scheme of things than dinosaurs or the former planet, Pluto. The aristocratic dignity that helped Oedipus or Antigone face up to an inscrutable fate imposed by the gods was no longer appropriate to the context of industrialised society where suffering didn’t lead to truth. Attempts to revive the heroism and metaphysics of Attic tragedy could only result in bathos in a world where, as Hemingway put it, most men die like animals.

Comedy was a different matter, and our modern fall from grace is the stuff of black humour. However, the possibility of comedy in the Dantean or even Shakespearean sense, in which harmony is restored at the end is also diminished by modernity. Shakespeare’s problem plays and romances are a better indicator of what’s to come than A Midsummer Night’s Dream. They have resolutions fraught with irony and loss, but at least we can still laugh at ourselves and perhaps even find comfort in the second half of life at having accepted our failings.

Playwrights in early modernity were beset by puritan strictures, and today we have our own puritans such that mordant comedy is apparently becoming more trouble than it’s worth to the funny people of our time. This was the motivation behind The Hangover director Todd Phillips’s decision to film the backstory of the Joker character from the Batman mythology. In The Dark Knight, Heath Ledger set a standard for portraying Joker that is hard to match, in which Joker achieved a level of  what Coleridge  called “motiveless malignity” to rival Shakespeare’s Iago. Therefore Phillips and Joaquin Phoenix did something different. They brought Joker from the archetype-driven comic book universe into the real world with all its moral ambiguity.

Read more in New English Review:
• The Putin System: An Investigation
• Inoculate Against Rhinogradentia
• Past and Future Gulags, Part 1

Todd Phillips’ Joker announces the unviability of the classical genres of tragedy and comedy in an age when the very idea of human nature is considered a white male ideology by the liberal intelligentsia, and mawkish emotionalism is valued above stoicism in schools and the media. According to Aristotle, tragedy needs a protagonist who is both admirable and much like ourselves. Joker may be like us, but he is a victimized loser who lashes out blindly at those more fortunate than him, and taps a vein of resentment running through the populace. Not only is he an incel without friends or sexual relations, but he learns that his mother adopted him and pretended his father was the oligarch, Thomas Wayne. All Joker learns from his suffering is that he has no connection to others in the present, no connection to the past or future, and therefore no real responsibility to anyone. He represents liberalism’s rock bottom.

When Plato criticised the crude humour of ordinary people in his own day as “plucking the unripe fruit of laughter” he blamed them for their perception of incongruities in the world, and therefore for not having pursued the dialectic far enough to see the metaphysical beauty and coherence of things. Others after him, including Dante, suggested that materialist despair can be a stage on the road to union with God, from which we might speculate that  historically the materialist dialectic is simply a moment in a bigger unfolding, not the final solution its modern believers thought it was. Modernity is our word for the collective experience of this materialist moment over the past 400 years.

At the beginning of the modern period, Shakespeare made a virtue of the incongruity Plato criticised, by including comic elements in his tragedies, and letting tragedy cast a shadow over his comedies. Yeats invoked this early modern sense of tragedy when he said, using a now almost forgotten sense of the word ‘gay’: “Hamlet and Lear are gay; / Gaiety transfiguring all that dread.” One of the last places in which the ghost of this kind of tragedy could still be detected in late 20th century culture was in the figure of the stand-up comedian who was wrestling with his demons in private. By contrast, Joker’s laughter is a neurological tic, and his ambition to be a stand-up comedian sets him up for humiliations that are neither funny nor heroic. Meanwhile, none of the people around him is admirable enough to provide a foil for his evil deeds, and in fact the word ‘evil’ suggests a religious view of morality that has no place in his world.

Because he is so clearly victimized by circumstances rather than being an agent of his own destiny, the same people who frown puritanically at comedians like Louis CK are now worried that Joker is giving tragic dignity to the white men whom they see as their oppressors. Progressives are made uncomfortable by Joker’s victimhood because for them white men are the last remnant of motiveless malignity in a world where everyone else is socio-culturally determined. Sui generis white evil allows them to treat their own experience of the human condition as if it were imposed on them unfairly by white people in the way that Apollo afflicts Oedipus and Iago destroys Othello. Whiteness thus enables in them a bathetic sense of tragic heroism. This repressed anachronism lies at the heart of progressive ideology and the repressed returns occasionally in the monstrous form of mass shootings. Such incidents then get put forward as justification for a dispensation that is in fact their matrix.

For this reason, unlike his black, gay or female counterparts, Joker doesn’t have the option of appealing for sympathy, because in the progressive victimhood economy his pain has no currency. The incel uprising he precipitates is the consequence of predicating multicultural globalism on the craven assumption that white men are responsible for their own and everybody else’s crimes. This may be supportable if you are a white man like Thomas Wayne who is flourishing economically, but for people like Joker it is an injustice too far. The uncomfortable suggestion of this film is that the incel shooter is as socially determined as everyone else, and that his vulnerability coexists with a moral responsibility for his crimes that is part of the human condition in which all participate.

It is a fallacy of progressivism that we can only gain self-knowledge from stories about people with the same identity and the same sociological background as ourselves. Such a theory of art is narcissistic, and represents progressives’ failure to recognise their own reflection when they see it. For example, they might pay closer attention to the fact that Joker has a parent suffering from narcissistic personality disorder, and that Joker’s own narcissism propels him into a world of unhappy people wearing clownfaces similar to his own. Like the crypto-puritan Malvolio in Twelfth Night, Joker is easy to make fun of, and has little sense of humour about it, because he is neither comedian nor tragic hero; he doesn’t learn anything from his suffering, and there is no gaiety in his laughter.

However, Joker is something more (or less) than the merely foolish Malvolio, whose name means ill will, and whose ill will appears to spring from nowhere but his own character. Joker appears as a post-human figure in whose story tragedy and comedy are skeuomorphic traces of an earlier theocratic age. One of the most celebrated books in liberal academia over the past two decades has a term for his condition – homo sacer: a person who can be killed with impunity but not sacrificed because he is not of sufficient value to the community and therefore not able to appease the gods as a blood sacrifice.[1] As such Joker is indeed something primordially threatening, who raises perennial questions about what it means to be human and where we draw the boundary with the non-human.

Giorgio Agamben points out that homo sacer is both accursed and sacred i.e. inclined to turn into its opposite. Because he is without sociological hope and in need of grace Joker also contains the potential for sacralization which is what the progressive establishment is afraid of. Pre-modern contemplatives looked for answers to questions of meaning in the inner life, and we see in this film how poorly qualified progressive social scientists are to tend to this aspect of humanity. Like all works of art Joker is a call to introspection, to dwell in the questions that it raises as we live our way into the solutions. Seen in this light, Joker’s post-humanity is not necessarily a terminal condition but can be a moment in the human dialectic that speaks across time to Oedipus and Antigone as someone who is like us only worse and who is neither a tragic nor a comic player.

Read more in New English Review:
• The Putin System: An Investigation
• Inoculate Against Rhinogradentia
• Past and Future Gulags, Part 1

Even though moderns and postmoderns can’t write tragedies anymore, Matthew Arnold recognised that ancient tragedy still speaks to us of the “turbid ebb and flow of human misery” that is as eternal as the sound of waves on Dover Beach. The impossible choice between equally justified rights that tortures Antigone, or Oedipus’ experience of running into the arms of a fate he is fleeing, remain compelling stories about living in an insoluble problem. For Antigone it involves being buried alive, and for Oedipus it results in blindness that symbolises moral insight. As someone steeped in this tradition, Carl Jung also argued that life’s deepest problems are never finally solved, though they may be recontextualised and even transubstantiated.

For the human collective, what to do about generational privilege when individuals can’t be counted guilty for the crimes of their ancestors may be one of those problems. A corollary of this is the necessity for underprivileged people to remain responsible for their actions. A third dimension of the problem is that individual members of a statistically privileged group are as capable of suffering disadvantage and unfairness as anyone else. Taking refuge from these moral complexities in comic-book Manicheism that fancies itself as Tragedy is irresponsible, but the recent proliferation of woke superhero movies suggests that doing so has broad appeal at the moment. Therefore what Todd Phillips has done in removing Joker from the world of comic books may help to bring a salutary dose of the real into contact with the liberal imaginary, and to jumpstart a stalled dialectic.

_____________________________________
John Tangney is originally from Ireland. He has a Ph.D in English from Duke University, and currently works in Russia. His recent essays can be found in Literary Imagination, Litteraria Pragensia, Bright Lights Film Journal, Religion and the Arts, and The Time Traveller. He runs The Intellectual Diversity Podcast.