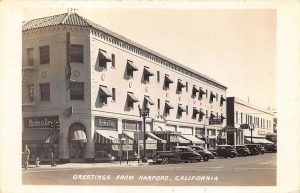 I never saw Mrs. Tar without a cigarette. Even from a distance I could tell it was her because she was always surrounded by a white cloud of smoke.

In the lobby of my grandfather’s hotel, she would always sit in her chosen high-back armchair near the window that looked out to the street and smoke. Right next to her chair was a cast iron floor standing ashtray with a big round amber colored glass ashtray nestled in it, and just behind the chair was a floor lamp with an overhanging decorative lamp shade with small tassels.

Mrs. Tar lived in the hotel. She was a widow and always wore all black including a black veiled hat. She always smoked; one cigarette after another only taking time between cigarettes to light another one. When she inhaled you could see the glow of the bright red on the end of her cigarette. When she exhaled, she slowly and gracefully blew the smoke out of her mouth with the white smoke lingering over her like fog.

Mrs. Tar was a stylish smoker always holding the cigarette in her left hand between her index and middle fingers and carefully tapping off the burnt ash into the ashtray. She never rested a cigarette in the ashtray, but she did rest her left arm on the chair’s arm while she smoked. After she finished one cigarette, she would lightly stub it out, then immediately light another using wooden matches out of a small cardboard sliding box. She never slept in her chair, didn’t read, and hardly ever talked to anyone; just smoked.

As a bell hop one of my duties was to empty ashtrays. When I would do this for Mrs. Tar. she was always pleasant, giving me a gentle smile. Often, I would ask her if I could get her anything. This was a polite way of asking if I could get her more cigarettes. My brother and I, who both worked as bell hops in my grandfather’s hotel, were her main supplier of cigarettes. She would simply give us the money, usually 50 cents, and we would run around the corner to the Rexall Drug Store and buy her cigarettes, usually two packs, and get a box or two of stick matches. There was a cigarette machine in the hotel lobby, but it didn’t have the brand she liked: L&M filter tips.

Smoking in an older hotel always needed to be done cautiously. There was a concern that a fire would break out, especially in one of the hotel rooms. My grandfather’s hotel was actually a re-construction of a previous opera house and hotel that burned down in the late 1920s.

There was a rather elaborate escape system to get out of the hotel, which had a second and third floor. There were several small escape hallways off the main halls that went to the fire exits which involved opening a window and stepping onto a small metal balcony where there were metal ladders. My brother and I use to love to try these out, but we needed to be careful that the metal ladders that reclined to the sidewalks and alley didn’t hit someone on the head walking below.

It was fairly easy to keep an eye on Mrs. Tar in the lobby, but she also smoked in her second-floor room. She always left her room door open to the hall when she was in her room. She would sit by the window and look out onto the street gracefully enjoying her L&Ms; one after another. From a distance when walking in the dimly lit hall I could always see the white smoke easing out of her room. When I passed her room, I would always say something nice to Mrs. Tar like good morning and if I did glance in, it looked like, well, a room full of white smoke. Of course, you could smell the smoke, which I kind of liked. Actually, I think Mrs. Tar bares some of the responsibility for my early years of smoking.

Jack, the maintenance man for the hotel, was more or less my boss. Jack could do anything around the hotel and knew everything, including what antics my brother and I were up to. He taught me how to patrol the halls, use a fire extinguisher, and what to do if I thought there was a fire, which was to run down the halls and continuously holler “fire, fire” as loud as I could and bang on all the room doors.

Mrs. Tar was an elderly woman, but I had no idea what her age was. At that time in my life anyone that was an adult was old. She used a cane to walk so I never saw her smoking while walking, but she did smoke while she ate, and for Mrs. Tar that was no problem. I noticed on several occasions in Peden’s Restaurant, where she ate every day, she would keep a cigarette going in her left hand while she drank and ate with a fork or spoon using her right hand. I always wondered how she buttered bread and cut meat. My brother told me she would pick up the meat with her fork and just take a bite out of it but I think she figured out how to cut her meat single handily. Buttering her bread was probably easier because as the pat of butter melted she could simply push the bread down on it.

It was early evening on a very warm summer day in the San Joaquin Valley of California and it was my night to be the bell hop. As I was showing a guest to his room, which was near Mrs. Tar’s, it was easy to see the white smoke coming out her door because of the dim hall lighting and streetlights coming through the fire exit windows.

I was up to my normal carry the bags and chit chat in a friendly manner with the guest as I showed him to his room. Jack had taught me how to be a good bell hop, and how to get a generous tip. First, open the door with the key, step in before the guest with their luggage and turn the lights on, then put their luggage on the luggage rack. Jack taught me not to hand over the key until I went through all the normal offers, such as, would the guest like a pitcher of chiseled ice, cigarettes, liquor, or anything else. Then, remind the guest to be cautious if he or she smoked, and who didn’t, including my brother and I who were in our early teens. Then I would hand over a rather heavy skeleton key, not setting it down anywhere. Jack said never to set down the key, because the gesture of personally handing the key over to someone’s hand would stimulate a more focused response that helped to remind the guest to tip. Usually, it was two bits (25 cents) but very rarely I would get a silver dollar.

As I went back down the hall, I passed Mrs. Tar’s room and noticed the door was closed. I immediately thought something is not right; it’s too early for Mrs. Tar to be going to bed, in which case she would always close her door. I thought to myself, I have to check to see if everything is alright, so I turned around and went back to her room.

First, I listened at her door, but didn’t hear anything. Then, I lightly knocked and called out her name, but no response. I had a master key to all the room doors, so I opened it and looked inside. No Mrs. Tar. Where was she?

I rushed downstairs and ask the desk clerk if he had seen her. He said, yes, she had gone out. Out to where? I thought. This was not her normal routine. Could she have gone to the Rexall to buy cigarettes, or maybe down the street to Peden’s for something cool to drink. I called my brother from the downstairs phone, and he said, check Peter Pan’s Soda Fountain, right next door to the hotel. He had seen her in there a few times.

I dashed out the front swinging doors of the hotel and around the corner to Peter Pan’s. Sure enough, through the large front window, I could see Mrs. Tar. She was sitting in one of the booths. I could see she was enjoying a large milk shake out of a tall glass. Slowly, purposefully, and with a style of her own, Mrs. Tar would go back and forth from the straw in her milk shake to her cigarette. For Mrs. Tar, I don’t think it could get any better than that.

____________________
Jerry Olivas is an original Californian with roots that go back to when his family arrived from New Spain, now Mexico, in 1781. He lives in Southern California where he surfs, takes care of his two black cats, and writes articles about his many interesting adventures growing up and his travels. He attended university in East Sussex, worked in Milton Keynes, and has lived in Venice, Italy. Some of his articles can be found online at Short Éditions, such as, Mrs. Tar’s Hat with a Bat.