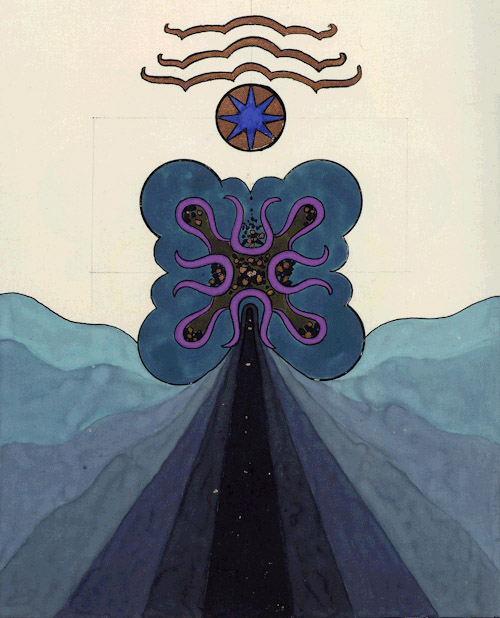 In Bollingen, silence surrounds me almost audibly, and I live ‘in modest harmony with nature’. —Carl Jung, Memories, Dreams, Reflections

In the 1930s, my father reliably resorted to a stratagem of his invention: whenever he entered an elegant restaurant, be it in Paris, Turin, Budapest, or even Cairo, and noticed that live music was being played, he walked up to the bandleader, presented him with a handsome tip, and said, with a smile: “Have a break, and don’t come back until I’ve left.” All bandleaders gratefully complied.

Back then, the art of conversation was still in vogue, and polyglot gentlemen cultivated it assiduously. Chatting with a whole band in the way would be problematic, and there were other considerations. If the band was lousy, it was much better if it took a long break; in the uncharacteristic event that it should be good, then my father felt bad about talking over their music.

He was an early proponent of the anti-acoustic pollution movement that is yet to materialize; on the other hand, by smoking sixty cigarettes a day he was a generous contributor to that other, then very common type of pollution. In its heyday cigarette smoke was in every imaginable public space: ocean liners, airplanes, trains, buses, taxis, cars, theaters, cinemas, hotels, restaurants, bars, universities, hospitals, offices, elevators—all-pervading, inescapable. Eventually the western world realized that cigarettes cause all sorts of health issues, and not just to smokers but also to passive smokers, that is, those who inhale second-hand smoke. I remember a number of non-stop flights from various European cities to Los Angeles with fellow passengers smoking virtually uninterruptedly for fourteen hours; I remember sitting at restaurants and wondering why, since continuous whiffs of cigarette smoke wending their way to my nostrils made it impossible for me to taste what I was eating; I remember going to an ear, nose and throat doctor and spending a long time in her waiting room filled with smokers and, therefore, smoke. Eventually, and it seemed to take forever, an end was put to it: legislation was passed in most western countries that banned smoking from public places.

I can’t say that the new form of public pollution is subtle, as it is just as all-pervading. Unfortunately, there is no medical literature yet indicating that being exposed to a chronic and unbidden amount of piped “music” is harmful. “Music” in quotes because even the vintage word “muzak” would be, in a sense, a compliment: no matter how sugary and obnoxious, at least it was still played by human beings, while much of today’s piped music is synthetized.

If cigarette smoke made going to a restaurant somewhat futile, as the dominant taste could be that of combustion (depending on how many active smokers were in it at the time), “music” pollution makes restaurants, at least to me, equally insufferable. My friend and co-author of two novels Joscelyn Godwin is also a world-class musicologist and composer, as well as a multi-instrumentalist. I remember two lunches with him, in New York City and in London, during which we sat outdoors, much to the surprise of the respective managements, as it was late winter. Better to be cold than to be subjected to incessant piped “music”.

Calling piped “music” “cacophony” would be a compliment: a watchdog barking furiously is cacophonous, but at least it serves a useful purpose.

“Music”, by being piped in so many public places, sometimes with overlapping sources, has become inflated, cheapened, shall I say, worthless? I, a classically trained musician and former music critic, have grown averse to it. Not to music per se, but to its being forced through our eardrums unrelentingly—and what irritating, imbecilic, computerized, churlish music at that.

Who are the listeners, or rather the hearers who don’t mind the incessant piping? How unengaged are their minds to allow that pollution to go on unchecked? Could it be that unengaged minds find constantly reverberating, partially or totally computerized piped “music” comforting? Those who subject themselves to a lifetime of unchosen piped “music”, do they know that Music, with a capital “M”, exists? It is a somber reality that what it takes for many people to discover books is to be incarcerated. Might the same apply to Music?

In Europe, I’ve come across a few open-air discotheques in which wireless headphones are used so that dancers can flood their ears with liberal amounts of decibels while non-participants remain unfazed in an acoustically unpolluted environment; how civilized—of the latter.

The utterly unexpected resurgence of vinyl records offers a modicum of hope: evidently some people want to graduate from hearing “music” not of their choice to listening to Music of their choice. They want the relative inconvenience of the cumbrous LP; its crackling, when listening to classical music with its many pauses and/or pianissimo passages; its not being portable, and therefore playable only on a fixed turntable. Initially some claimed that it was because they wanted analogue rather than digital reproduction, which sounds much better. But there’s more; the listeners want for their listening to be akin to an event: shut up the rest of the world, put the LP on the turntable, concentrate and do nothing but listen. Such audiophiles are probably not afraid of silence, and know when and how to break it. But most people seem so terrified of silence, and to be alone with their unengaged minds, that they will gladly take endless hours of piped computerized and/or synthetized “music”.

Ironically, it has never been easier to familiarize oneself with Music, thanks to YouTube. Almost everything is available—for free!—and the repertoire gets richer every day with every new posting. A cornucopia of masterpieces is at everyone’s disposal.

Two sounds are nowadays in short supply: sonic landscapes produced by nature, as these are ever more muffled by man-made noises; and, best of all, silence. While waiting for a ban on piped “music” in public places, which may never come, for several years I have decided to listen to Music seldom, but each time to make it memorable. Other than that, silence is much preferable—if you can find it.

A remarkable silence-breaking event occurred last year, at the Coolidge Auditorium of the Library of Congress, in Washington, D.C. Built for chamber music, and covered in wood just about everywhere, I knew immediately that the acoustics would be excellent, as I would be sitting essentially inside a soundboard. The Quartetto di Cremona was to play, among other, not so silence-breaking-worthy pieces, Beethoven’s String Quartet in A minor, op. 132, which he composed two years before his death, in 1825. By then, he was deaf and could only hear music in his mind. His last quartets went well beyond the comprehension of musicians of the time; in fact, Louis Spohr called them “indecipherable, uncorrected horrors.” And who is Louis Spohr, you may ask?

A prolific German composer, violinist and conductor, as highly regarded during his lifetime as he has been obscure since, he had been a pupil of Beethoven’s. When the former’s autobiography was published in 1859, his criticisms came at the height of Beethoven’s worship. The Beethovenites fired back, and strong prejudices were since developed against Spohr’s music. Is it worth reconsidering? Not in the least—definitively not silence-breaking-worthy.

Beethoven’s last quartets are among the greatest compositions known to humankind. Almost two centuries after their creation, they are still as magnificent as, here and there, mystifying. Quartet op. 132 is notably gorgeous, and its third movement in particular, which Beethoven himself entitled Heiliger Dankgesang eines Genesenen an die Gottheit, in der lydischen Tonart (Holy Song of Thanksgiving of a Convalescent to the Godhead, in the Lydian Mode), is one of the pinnacles of human creativity. I could only hope that the Quartetto di Cremona would do it justice.

Heiliger Dankgesang eines Genesenen an die Gottheit is an autobiographical prayer of thanks after his illness in which Beethoven expresses joy and thanks for the gift of life. As a nod to ancient church music, he employs the use of the Lydian mode. At more than fifteen minutes, it is a demanding movement to pace and perform. The adagio sounds strange and somewhat otherworldly as the listener is enveloped by it.

Specifically, the three chorale sections, interspersed by two andante sections marked Neue Kraft fühlend (Feeling Renewed Strength), can be played, by very skilled as well as musicologically savvy musicians, without vibrato. The chorale then becomes essentially a succession of drawn-out, vibratoless, sonorous chords that have an astonishing effect on the listener. It is an intonational challenge to play chords rich with quartal intervals without vibrato. When this technically demanding approach works, it pares the sound down to pure essentials and seems to vibrate with a sonic core that one might hear in nature. That should not be a surprise, as all the acoustics involved are naturally amplified by magisterially selected, very well-seasoned (old-growth) wood from different tree species.

While Beethoven could by then only hear music in his mind, his sustained, vibratoless chords seem directed not to our ears, or to our mind, but to our gut. There is something about their succession that reminds me of sap traveling up a tree from its roots. As I was sitting there with my eyes closed, I felt as if water were moving upwards to replace water lost through transpiration, like photosynthesis pulling water up through the plant from the soil. Those long, solemn, sustained, vibratoless chords emanating from ancient wooden soundboards were swelling up from my gut, to my heart, through my soul.

The Quartetto di Cremona performed the adagio impeccably, and with unusual vigor; the ancient Stradivari surprised us all concertgoers by being so… loud; loud, and resoundingly sonorous, richer in harmonics and overtones than any other violin, viola or cello I can recall. When it was all over, I opened my eyes and could see listeners in tears; and not because the music is in any way syrupy: far from it. It was because, I suspect, something had tugged at the very essence of life for all on this planet.