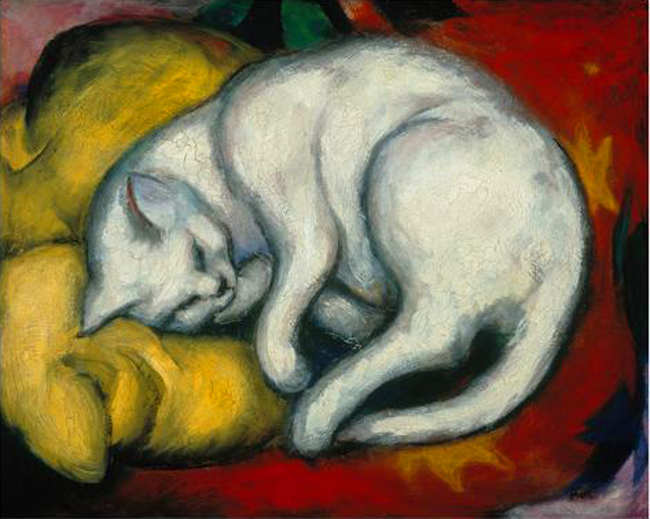 The distance from here to

a star that has never existed

because God could not reach far enough

to pinch the night’s skin! And

to think that we still believe

that world peace is more important

or useful than peace

—Alfonso Cortés (first stanza of La canción del espacio,
translated from the Castilian by the author)

After a very long initiation, I’ve come to the conclusion that it is overrated. The problem with any initiatic journey is initiation itself: Why is it necessary, after all?

And the corollary question: Why do we seem never to be content in our own skin?

Of the many ancient mystery religions, think of the Golden Bough myth as understood by the ancient Romans. It was an Orphic-Pythagorean initiation that had to do with the initiate’s spiritual rebirth, and transformation. Such an initiation was supposed to reshape one’s soul through sublimation, while one’s consciousness was being internalized, detached and distilled. By rooting consciousness at the very ontological limen of being, a metanoia was achieved, i.e., a transfiguration of the self. The problem with such ancient initiatic myths is that we can only read about them; we can read, among many others, about Aeneas, whose golden bough enabled him to travel safely through the underworld. What we cannot know is how “normal” would-be initiates would react, and feel, going though such processes. How can we know that this was not all wishful thinking on the side of those who left a (however vague) record of such myths?

By being shrouded in secrecy, the Eleusinian Mysteries of Ancient Greece are even more baffling, as if someone had realized then that the best way for them to remain mysteries was to keep their secrecy at all costs. Therefore, concrete information about them was never written down, and we shall never know that mighty and marvelous and most perfect secret which was eventually revealed to the initiates. I am reminded of a sentence by Lord Dunsany: “Once I found out the secret of the universe. I have forgotten what it was, but I know that the Creator does not take Creation seriously, for I remember that He sat in Space with all his work in front of Him and laughed.”

I find the humble domestic cat to be a very wise creature. Once her needs are taken care of, she’s just happy with herself and the routine that she establishes. She is content with being, or better yet, with what Heidegger called Dasein: a being there or presence that is, ontologically, thoroughly satisfied. Nothing would be more repugnant to such a cat than going through the sort of torture, for lack of a better word, described in so many accounts of spiritual training.

Think of the peaceful cat, and wonder: would she ever be found in a situation such as what happened in James Ray’s sweat-lodge in Arizona, in which some participants died after paying a hefty ten thousand dollar fee? Here we have a group of participants, petitioners, willing to lose themselves after pouring their savings in the hands of a self-styled guru, and then, in fact, losing their life.

With people possessed of true self-awareness—that nosce te ipsum inscribed in the pronaos of the Temple of Apollo at Delphi—initiation is happening constantly. As for low-awareness people or champions of self-unawareness and their conversion to would-be initiates, I’m always wary of them. Even if they are earnest, which they invariably are, ultimately they come off as converts, too enthusiastic, obnoxious and monomaniacal.

I know a story, which I was told by a Lebanese who in turn had heard it from a Sufi dervish; I relate in my book The Metaphysics of Ping-Pong. There it follows:

Once upon a time there were five prosperous kingdoms in Persia. One day, one of the five kings suddenly died. He didn’t have a son, nor had he chosen a successor. His government was at a loss: who would be the new king?

Eventually, the ministers found a solution, and announced the day of the coronation of the new king. Also, they sent out word that on such a day there would be a great celebration, with music, dancing, food, wine, and so on. All people living outside the kingdom were invited to the banquet. They’d be treated princely.

Hundreds, thousands of men set out to reach the court in time for the celebration. But many were sidetracked. Others were taken ill. Some even died. It was a long journey, for the kingdom was vast, and many men found the tea in the teahouses along the way too delicious to renounce. Other men found the women in the whorehouses too… complaisant to leave behind.

At long last, only five men reached the gates of the capital city. But even then they were sidetracked. One was too tired to carry on. Another, too hungry, and had to eat, and then rest. Two more found a public bath and decided to spend a few days in it, as they could no longer stand their own foul odor.

Only one man reached the palace. He knocked, and the doors were swung open for him. The prime minister was summoned, and said: ‘You’re our first guest, and you’re very welcome.’

Odalisques bathed him, fed him, and gave him the most luxurious chambers in which to rest.

Shortly after his arrival, it was coronation day. He was brought to a room from which he would have a vantage view of the ceremony. More guests may come, he was told, and they all would be seated there. So he took his seat and waited, while the people clamored outside.

Suddenly, a curtain was lifted in front of him, and all the kingdom’s subjects came into his view. They were hailing and cheering the new king, who was no one but himself, already sitting on the throne.”

Initiation might be everything, or might it not? In this instance, is the king an initiate? Is he born to be a king? Does he come from a royal bloodline? What qualifications does he have? None whatsoever! Maybe he’s just a party-animal who’s managed to arrive at the palace because he didn’t have enough money for the teahouses and even less so for the whorehouses. What are the Sufis telling us? That the king is not a king? Or that the king is a king? That the institution of monarchy is a joke? And yet they go through quite some trouble to find a new “king” . . . Or, come to think of it, no trouble at all. Are they telling us that initiation is worthless and may as well be avoided altogether? Or could this be comparable to a koan, a story used in Zen-practice to cause the “great doubt?” Sufism, Zen, Taosim—all have a repertoire of stories whose goal is to challenge our assumptions, often radically.

My guitar teacher was very proud of my having “surpassed” him within four years of my taking my first lesson. He would quote Cimabue’s famous utterance to his disciple Giotto, in which the former admitted that his student was now his teacher.

Once Cimabue seemed to hold full sure / His own ‘gainst all in art, now Giotto bears  /  The palm, and this man’s fame doth that obscure. (Divine Comedy, Purgatory – Canto 11, 94-96, Dante Alighieri, tr.  E.H. Plumptre.)

But then my teacher was disappointed when I lost interest in the instrument. However, as the years went by and I would meet with him from time to time I tried to explain to him that he had taught me something far more valuable than how to play the classical guitar: the dynamics between teacher and disciple; art as in the original Greek word

, i.e., téchni, in which “technique” is obviously paramount; respect for knowledge; discipline; the value of repetition (the 120 arpeggi by Mauro Giuliani, anyone?); patience with one’s progress or lack thereof; and the very essence of methodology. All such values have stayed with me since.

My teacher died at the age of ninety-seven, still lucid. When he was five, he fell from the window of his parents’ apartment, on the fifth floor, but incredibly got up without a scratch, saying sotto voce to the anguished bystanders: “I need to pee.” He was a great man in every respect. A true initiate.