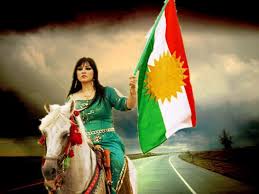 Nations create illusions for the same reasons that men pursue fantasy. Reality is often so ugly that wishful thinking becomes a defense mechanism. Such is the case with Palestine and the mythology of a “two-state” solution. A Palestinian state is now a near universal pipe dream, a chimera thought to appease the larger restive Arab and Muslim worlds. In fact, Fatah and Hamas are already two states. And, if the history of the West Bank and Gaza provide any evidence, a united Palestine would surely be dominated by Hamas, in turn legitimizing another proxy variant of the Islamic State nightmare.

If contemporary Muslim belief and praxis is to be altered, Sunni Palestinians are unlikely agents of change or stability in the Mideast or the Ummah. Palestine is fatally divided by binary terror, the Fatah/Hamas rift. The Palestinian divide is in turn exploited by Persian and Arab grifters alike. Palestine is a convenient rationale for virulent antisemitism (see BDS) and global religious imperialism. If reform or peace is to come to Islam, it will not come from any new Arab state on Israel’s border, especially one forged in the historical crucible of Islamic terror.

Palestinians are just one of many Arab tribes, just one of many special pleaders in an Arabia where social oppression is tradition. In the end, Palestine is a local problem like Syria, Libya and Yemen, dilemmas that will be resolved by Arabs collectively, internecine wars, or not at all.

If the seeds of secular and religious civility are to flourish in the Ummah, they must be sown on fertile ground. Palestine was never that place. Kurdistan is another story altogether. 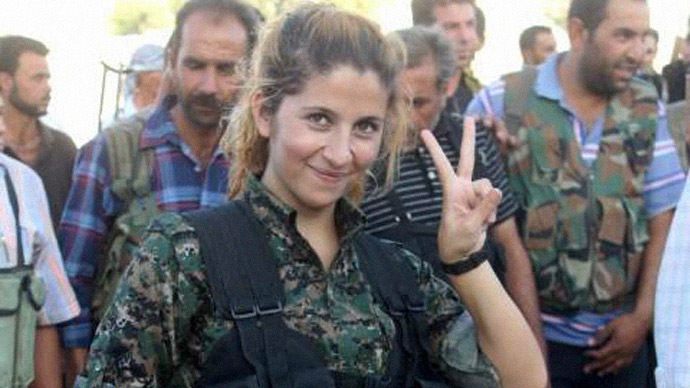 Indeed, in all of the Muslim Middle East, the Kurds might be the only ethnic group that merits the adjective “moderate.” If a civic model is to be supported anywhere in Islam, a Kurdish state is the logical place to start.

“The Kurds are today the largest (40 million) stateless territorial nation in the world.” Kurdistan includes parts of Turkey, Iran, Syria, Iraq, and Russia. Diverse religious heritage and Classical tolerance, rare commodities in Muslim lands these days, are the great virtues of Kurdish culture. Kurdistan has always been a home to ecumenicism: Zoroastrians, Sunni, Shia, Jew, and Christian.

A feature of the Kurdish religions is that they are syncretistic, and that in part explains the richness of Kurdish culture, an inherently pluralistic culture.

Compared to most Sunni or Shia majority nations, Kurds could justly be labeled as enlightened by virtue of belief, associations, history, and practice.

Judaism and Christianity preceded Islam in Kurdistan by millennia. In spite of the heavy hand of Arab, then Turkish religious imperials, the Kurds have retained a temperate worldview that can be traced to the Classical Era. The pacific Bahia and Yazidis are syncretistic variants of Islam that flourished with the Kurdish melting pot.

While Abrahamic religions fashioned a binary ideological world of good and evil, where literal writ or the “will of God” was paramount, Zoroastrian devotees believed that human behavior was the decisive factor in the struggle between the forces of good and evil. Putting human behavior, not religious dogma and ritual, at the center of civility is a value with roots in Classical Greece too.

When Muslim apologists attempt to associate contemporary Islam with tolerance they often invoke the name of Saladin (1138-1193). They seldom mention that ?al?? ad-D?n Y?suf ibn Ayy?b, first Sultan of Egypt and Syria and the founder of the Ayyubid dynasty, was not a Persian or an Arab. Saladin was a Kurd.

Today, Kurdistan has the potential to be the fulcrum of 21st Century Islamic reformation, a model for what a modern Islamic state could or should be. The Kurds are the antithesis of Shia/Sunni supremacists where death cults like al Qaeda, Hezb’allah, Hamas, the Taliban and Islamic State flourish and metastasize.

Not only is Kurdistan truly moderate by any definition, but Kurds might be the only reliable Muslim ally for the West on either side of the Sunni/Shia divide. The Kurds are the geographic and cultural counterpoint to Persian and Arab extremism.

On the human rights issue alone, an independent Kurdistan merits Free World support. Kurdish women are liberated enough to fight side-by-side with men in virtual and kinetic combat. No Kurdish woman is required to wear the hijab or burka.

This is not to say that modern Kurdistan is without divisions. Fortunately, internal Kurd social problems are political not religious. The fissures of Kurdish factions pale when compared to the Shia/Sunni divide, an open wound that has festered for more than a thousand years.

History is indebted to the Kurds too. Following WWI, Kurdistan independence was recognized by the Treaty of Sevres in 1920 only to be undone by Mustafa Kamal Ataturk and the Treaty of Lausanne in 1923. Turkey has been the fly in the Kurdish independence ointment ever since.

Turkey, like Pakistan and Saudi Arabia, is a dicey ally, another Sunni polity that works both sides of the Islamist Street. The battle for Kobane is the most recent example of Turkish perfidy where Erdogan’s army refuses to aid an outgunned Kurdish militia. Turkey is betting that the genocidal Islamic State will solve the Kurd problem in Iraq and Syria.

All reform begins with an idea and new ideas are the basis of “revolutions without guns.” Stalin’s Soviet Union and Mao Zedong’s China are modern examples, two totalitarian cultures transformed peacefully at the turn of the 21st Century by reform. No weapon is more potent than the power of superior ideas.

The West has sought the agency of Arabs, Persians, and Turks to appease the radical or the irredentist Muslim. Unfortunately, the Mediterranean littoral and the Levant is hogtied by ayatollahs, imams, and so-called “religious” scholars, few of which are ready to separate church from state. Indeed, too many Muslim clerics are apostles of religious monoculture and Islamic extremism.

Religious fascism might be a better characterization of militant Islam these days. Coercion and violence are ever the hallmarks of fascism, secular or religious.

Abdel Fattah Saeed Hussein Khalil el-Sisi in Cairo might be an exception to the usual apologists. El Sisi recognizes that the terror and instability problems have religious/clerical roots. Few other Muslim leaders are as candid. Statesmen in Europe and America are agnostic or oblivious to the problem of clerical complicity in what now amounts to religious tyranny. Imams brazenly admit that “terror is part of Islam.”

Clearly, monolithic religion is the dead hand that stifles creativity, problem solving, progress, and even literacy in the Ummah. A mere declaration of “unislamic” by a cleric is enough to kill ideas or their authors. Capital fatwah is a kind of non-judicial control of apostates and infidels alike. Among ethnic Muslim cultures, Kurdistan is one of the few Islamic groups that do not suffer under the dead hand of clerical supremacists or Muslim “scholars.”

If the democratic West seeks to win the war of ideas with the theocratic East, it could do worse than support the national aspirations of a unique culture such as Kurdistan. Persians and Arabs have had their day, yet both are still yoked by religious repression. The time may have come to reward the kind of Muslim polity that the rest of the world can live with.

Recognizing Kurdistan sends a powerful message to Islam. Statehood for the Kurds could spark a reformation that enlightens the entire Muslim world. Indeed, Kurdistan would be, for example, a much more reliable Muslim “partner” in NATO than Turkish backsliders. A Kurdish state might not be the final answer, yet Kurds are surely a better bet than Turks or Palestinians – and a more enlightened addition to the community of tolerant, free nations.

The Islamic State is redrawing the political map in the Middle East. The Free World, with America “leading from behind,” is frozen by fear or apathy. The potency of democracy is waning while the reality of theocracy is waxing. Should Washington or Brussels ever hope to get back on the right side of history, they might think of redrawing the map in the Levant to favor civilization.

Israel and the West could alter the irredentist vector of Islam if we could but muster the same courage to oppose Islamic absolutist ideology as we did with totalitarian Fascism and Communism. All military operations are in a sense tactical. Ideas are the strategic realm – and the only domain where words like victory really matter.

US Department of Defense has agreed to look the other way as Turks use Sunni ISIS as an excuse to settle scores with Kurdish PKK fighters across the border. Indeed, Ankara is now using US supplied F-4 and F-16 fighter aircraft and munitions to bomb Kurdish controlled enclaves in Syria and Iraq. The latest betrayal of Kurdistan by Washington says all that needs to be said about shifting alliances and feckless Ummah foreign policy in Brussels and Washington. The most unreliable or unstable parties in the Muslim Wars again appear to be America, the Pentagon, and NATO.

Heraldry traditionally defines the ideological sentiments of tribes and nations alike. Persian and Arab state/battle flags are black or algae green, often festooned with imperial Koranic surahs, swords, or Kalashnikovs. In contrast, the Kurdish national flag is a sunburst on a rainbow of color. If and when America and Europe develop a coherent strategy that separates friend from foe, the free world could do worse than abandon the dark side of Islam in favor of Muslim states like Kurdistan, cultures that see the light.