Self-Sabotage in the Name of K. Marx (Who He?) 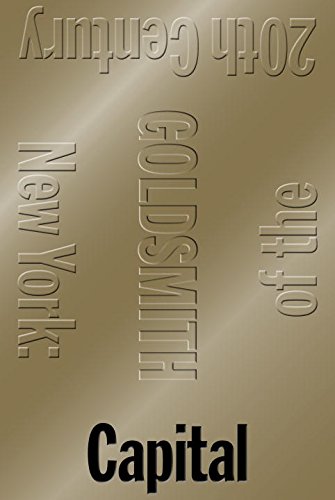 I’d like to like Kenneth Goldsmith’s Capital, a brick of a book of short texts about my hometown New York City, its size and form echoing Walter Benjamin’s classic The Arcades ProjectCapital is unreadable. The problem is not the text but its problematic design, which is not just odd but doubly odd for an author who graduated from the Rhode Island School of Design and has purportedly exhibited his visual art.

Simply, the typeface is too small for lines nearly five inches wide, thus requiring more than the customary limit of three glances to be read. A further disadvantage is that insufficient leading, or vertical space between the lines, becomes an additional obstacle for anyone trying to read the longer paragraphs.

Should you actually look into the book itself, compare the 864-page main text with the 47-page bibliography, which is more readable (and includes a book authored by me), because the listing format requires additional vertical white space between each short entry. You’ll also notice that the bibliography’s typeface looks larger, though it probably isn’t, because the surrounding white space makes it more legible.

Some further problems reflect a lack of editorial moxie. When three dots (…) appear, the reader can’t tell if they duplicate the original text or were made anew especially for this book. Second, on p. 46 is this, cited from an author named James Glanz: “Rockefeller, whose lifelong habit was collecting beetles.” However, without any editor’s preceding brackets, the reader can’t identify which of many possible Rockefellers this beetle-lover might be.

Since Goldsmith inhabits the downtown Manhattan art world, where I reside as well, we’d wonder why his section on visual art ends with Andy Warhol, who died nearly three decides ago. Second, as a passionate swimmer and body-surfer who regards New York City as a worldclass beach town on the level of Rio de Janeiro or Tel Aviv (and so refuses to patronize the crummy beaches in Fire Island or the Hamptons), I was surprised to find a section on Coney Island but nothing about the superior beaches, especially for surf-boarding, in the NYC Rockaways. (Okay, Goldsmith might be a non-swimmer; and as a writing professor at a Philadelphia university, he may not have visited the lower Manhattan art world for many years, while knowing nothing about the newer scenes in Brooklyn and Queens.)

My hunch, knowing nothing for sure, is that the book’s publisher necessarily decided to limit its size to less than 999 pages (shorter than the Arcade’s 1088) and thus its retail price, even in paperback, to less than fifty bucks (and weight to less than 4.5 pounds), while Goldsmith refused to cut his text, each thus undermining the other. Too bad, as Capital has the makings of a great book, a monument to Goldsmith’s love for Gotham, that this native Gothamite for one would like to read. (For the record, whereas Amazon measures Capital is as 7.4 x 2.1 x 10.7, Arcades as 6.3 x 1.9 x 10.3 inches is slightly smaller and cheaper at $37.00. Count them figures, if you wish?)

May I also chuckle that such a large book with the heavy title of Capital, wrapped in a handsome gold cover with embossed letters and folded-in flaps, should come from an unashamedly lefty publisher respectful of academic Marxism—indeed, officially “the imprint of New Left Books”–and yet (surprise?) not acknowledge a similarly titled text by one Karl M.?

Indeed, may I suggest that from looking solely at this book’s spine, more than 10” high and more than 2” thick, with its single-word title in large black letters and the Verso logo at the bottom, some possible bookstore buyers will suspect this Capital to be a massive appreciation of St. Karl?

How disappointed, by such mis(represent)interpretation, both prospective purchasers and the publisher might thus become. Further to confuse the former, the book’s back cover classifies it as “Art/Poetry” without any blurbs or other explanatory text. Oddly again, while someone identified on the copyright page gets (dis)credit for the book’s page design, the superior cover with embossed lettering remains unattributed. Chuckle. Chuckle? Chuckle!

Wise Verso was also to publish Goldsmith’s Capital on Amazon Kindle at a lower price ($19.95), because it makes for better reading. When I opened in iBooks this file https://www.amazon.com/Capital-New-York-20th-Century-ebook/dp/B00TCI4RKK?ie=UTF8&keywords=goldsmith%20capital&qid=1463437038&ref_=sr_1_1_twi_kin_2&s=books&sr=1-1), my screen offered me more than sixteen hundred two-page spreads in large, legible type. Thanks to an indexing capability unavailable in the printed book, I discovered, for instance, that I was quoted on pages 441, 1,505, and 2,016. Though my name probably also appears in the printed book, I could not so easily find it. Similarly, once I discovered the notorious episode of the Nazi submarines near Rockaway Beach late in 1941 on epage 2,593 I could locate it on page 720 of the unindexed printed book. Since this complete Capital is available on line at half-price, it’s unfortunate that Verso didn’t make an abridged printed book that would be more inviting than intimidating. However, a physically more modest volume wouldn’t resemble Walter Benjamin’s monumental Arcades.

Richard Kostelanetz recently completed a book of previously uncollected critiques, Deeper, Further, and Beyond. Individual entries on his work in several fields appear in various editions of Readers Guide to Twentieth-Century Writers, Merriam-Webster Encyclopedia of Literature, Contemporary Poets, Contemporary Novelists, Postmodern Fiction, Webster’s Dictionary of American Writers, The HarperCollins Reader’s Encyclopedia of American Literature, Baker’s Biographical Dictionary of Musicians, Directory of American Scholars, Who’s Who in America, Who’s Who in the World, Who’s Who in American Art, NNDB.com, Wikipedia.com, and Britannica.com, among other distinguished directories. Otherwise, he survives in New York, where he was born, unemployed and thus overworked.

To help New English Review continue to publish thought provoking book reviews such as this one, please click here.

If you have enjoyed this review and want to read more by Richard Kostelanetz, please click here.