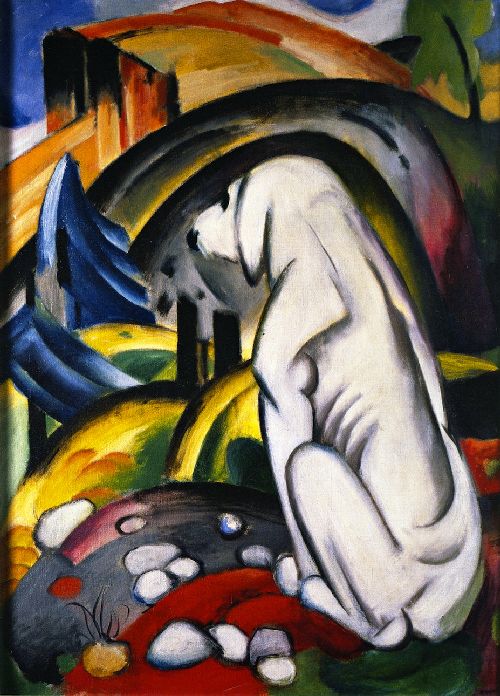 The air was hot and humid. It seemed like it was fifty percent fine dusty sand. Sergeant Morton Granger tapped his partner Lance Corporal Ames on the shoulder, and pointed in the direction ahead to follow Sergeant Stolz. Granger and Ames wore bandanas as a dust filter. Stolz kept his nose to the ground below the particulate cloud. Suddenly Sgt Stolz froze and pointed with his head. Granger and Ames intuitively fired their automatic rifles encompassing a cone of fire ten yards beyond Stolz.

The stone-walled room in the Iraqi adobe-like flat roofed house filled with more dust, and became smoky. Sgt Stolz and Corporal Ames went to keep the front door open after the windows were raised. The air slowly cleared. Granger stayed inside with a fresh magazine in his AR 16.

“We got two. I’m removing the detonators on their vests.” Granger kept his weapon at the ready. “Okay, come on back in and take pictures.”

“You saved a lot of lives by getting those suicide bombers,” the unit Marine Captain said as he signed their after-action reports. “Our job seems never ending out here. Granger, tomorrow take your team back out ahead of the company’s arrival at first morning light. Is Sgt Stolz okay with his hearing after yesterday’s encounter?”

After dismissal, Granger talked with Ames and gave Stolz some food and water. “We go back to the main street.”

Granger’s trio went in and out of each house after announcing their entry to the occupants. At the last house, Stolz hesitated going inside. No one came forth even with repeated commands in Farsi.

“A Humvee has the rear of the house covered,” Granger whispered. “If there’s anyone left inside, Stolz will know. If he sets and points, fire immediately.”

Granger, Ames, and Stolz went slowly into the house. After only a few steps Stolz stopped in a rigid stance. Suddenly he barked. A flash and explosive blast was triggered by the suicide occupants. All consciousness turned to blackness.

“Sergeant Granger, can you open your eyes? You’re in a field hospital MASH unit.” A nurse in a dark blue scrub suit bent toward him. “You’re in the recovery room, Sgt Granger. You’ve had some surgery to your arms and legs for extensive laceration repairs and shrapnel removal.”

“Ames…Stolz…are they okay?” Granger’s voice was labored and raspy.

“Ames and the dog didn’t make it. We’re sorry. Are you having any pain? We have to air-evac you to a recovery unit at a larger fixed medical facility.”

The nurse administered morphine and Granger went to sleep.

“Sergeant Granger, you’ve been discharged from the surgical service and into the psychiatric department. I’m Major Shands.”

Granger looked up from a floor focal point. “Psychiatrist? Why?”

“Your body has healed well.” Shands held a medical summary. “You, however, keep to yourself. The night shift nurses’ notes record regular nightmares . . . always the same . . . about a dog.”

“His name was Sgt Stolz.”

“Two deployments, sir.” Granger’s voice cracked. “We’ve been together from training and even on R & R.”

“What do you want to do with your career, Sgt Granger?”

Granger swallowed. “It was my fault.”

“What was your fault?”

“That Ames and Stolz got killed.”

“What are you saying? Two suicide bombers triggered their explosive vests. How is it your fault?” Shands stared at Granger.

“As soon as Stoltz assumed a point position, we were to fire our weapons. I hesitated. Stolz barked, as he was trained to do, to get me and Ames to pull the trigger. We never got off a shot.”

“My drinking is interfering with my job in the Marines, sir.”

“I’ve reviewed your medical records, Morton. By the way, at this facility we drop rank. You can call me Doc or Doctor or even my first name . . . Peter.” Waxman paused for thirty-seconds. “Your records indicate you’re here because of your nightmares and lack of proper sleep. Did you have the same dreams last night . . . about the dog and Ames?”

“It’s been over a year since that action, Morton. This center will get you away from the booze while you’re here. We’re involving you in a special program for veterans with similar combat stress reactions. And I want to point out that the goal is to get you back to relating to people as a civilian. In your case, it will require a special aid. This afternoon you and I will be going to another facility.”

“The place we’re going is only two miles away from here. Waxman glanced sideways at his passenger. “What kind of dog was Sgt Stolz?”

“No particular breed. The Marines took intelligent, large and loyal mongrels from dog pounds. They were also taught to fight–both defensive and offensive.”

“Good. We’re going into this building.” Waxman parked the car.

They were directed to the adult dog section passing eager, tail-wagging puppies in crate-like cages. The mature dogs were in two rooms. Waxman and the Humane Society Director pointed to a room with a large sign.

Granger read it out loud, “Do not touch or handle the dogs.” He stared at Waxman, “Why am I here?”

Waxman motioned Granger to proceed into the room. “We’re here to implement part of a new program for veterans with PTSD of your type. A soldier doesn’t have to have been associated with a dog. The dog is a means to re-entering civilian life. The Director will show you the animals.”

The Director pointed to an area of cages to his right. “These animals are full adults. They have no known ownership and all have been physically battered, have some impairment, and have definite signs of once been owned by friendly masters. They were all found on the streets as homeless, starving waifs. We’ve brought them up to acceptable health and behavior standards.”

Granger walked back and forth making eye contact to caged dogs who returned his curious gaze with a similar doubtful expression. “They all look like they’ve been in fights.” He stopped in front of a gray boxer with a scar above his left eye, a bite hole in his stubby left ear, and one lower canine tooth missing. “What’s this one’s name?”

“None of these animals have names. You have to give them one. They’ll rapidly identify with any name as long as it’s consistent. Would you like to meet this one?” The Director went to the boxer’s cage.

“Yes.” Granger stood still as a leash was put on the dog’s collar. The leash was handed over to him.

Granger and the boxer stared at each other. The room was silent with a distant sound of barking from the outside exercise yard. Granger bent over and pointed with his right hand to the dog’s hind quarters and gave a command. “Sit.”

The boxer sat, and his stubby tail wiggled. It was a beginning.