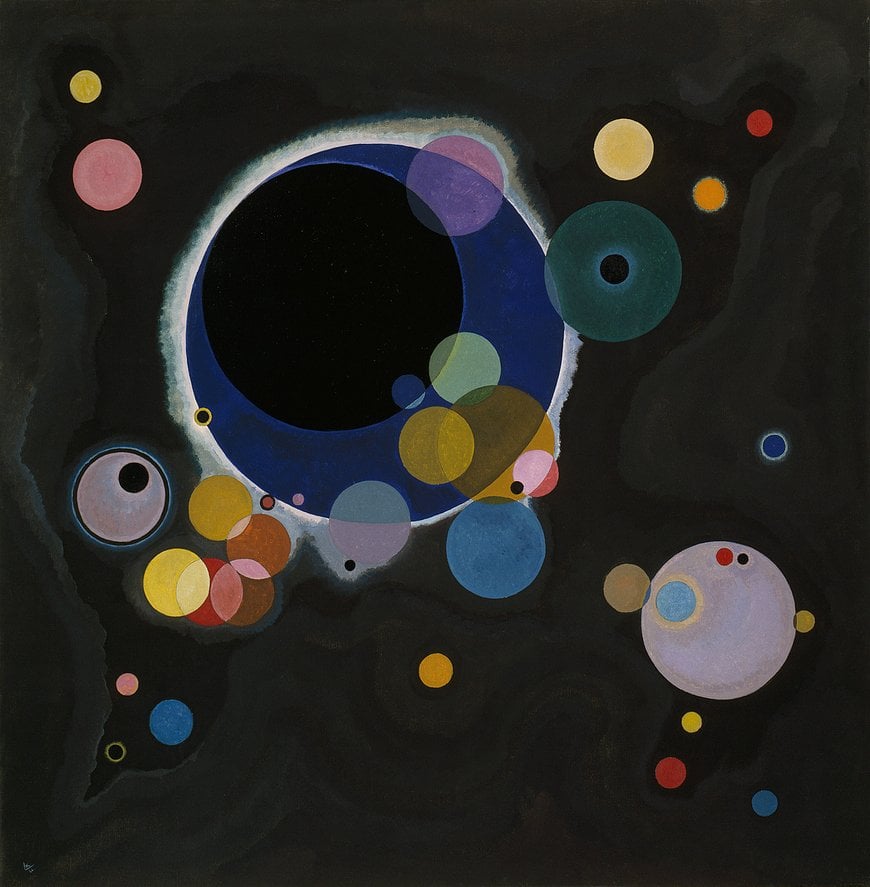 Dr. Nehman Ramses had swept-back salt-and-pepper hair, a thin dark mustache, and a mostly dark goatee. His black suit added to his professorial appearance. Ramses looked at his audience. They had been individually contacted and selected. They were here because they all wanted to be here. The title of the seminar was “Motivation Brings Success.” The clientele list included MD’s, PhDs, product engineers, and medical administration personnel from over eighteen drug companies. Only one company was the important target–Wormwood Drug and Diagnostics. Only one client needed to be altered–Dr. Roger Umbo. As Wormwood’s Chief Engineer in charge of formulation and production, Umbo was one of the programmed subjects for today’s meeting. Ramses was eager to get started.

A few attendees responded with a subdued, “Good Morning.”

“C’mon people, your bodies are present, let me hear the voices. Once again–welcome and good morning.” The repeat command was also an anticipated part of their mind alignment.

“Everything about today’s seminar should motivate. Begin any interaction with your clients by getting their attention. Your second response tells me I now have yours.”

There was a murmur of agreement and many positive nods.

Ramses smiled, “The fact of your signing up for this seminar implies you are already on a motivation pathway for your respective companies and product responsibilities. Again, everything about today’s seminar is geared to stimulation in a positive direction. The very first action of your day has been the morning mini-breakfast. Providing caffeine and a light repast improves the mood. When you schedule a meeting with your investigative sites or your sales demonstration, a free meal will almost guarantee assembly of your intended audience on time. My first slide, as yours should be, is the agenda. Kicking off our meeting today and at three other points during our interactive session is a moment of meditation. I will alternate with my associate, Alicia Noire, who will institute the first introspective relaxation moments. Alicia, if you please.”

Dr. Alicia Noire, like Ramses, was a successful and skillful practitioner of both single person and mass hypnosis. They were well known, and well sought-after, hypnotic marketing specialists. Noire had straight shoulder length shiny black hair and was a stunning silhouette of womanhood. She wore a mint green pant suit which further added to a perfect, lithe figure. No emphasis was placed on her hips or chest. Only smooth lines projected during her slow, steady movement to the podium. It was the walk to the speaker platform which created a visual audience capture for total attention to her upcoming presentation. Now, standing behind the lectern, her face became the focal point for the massed attendees.

“Good morning again.” Her words were soothing with slow, perfect enunciation via the lapel microphone. The sound engineer had worked two-hours before the meeting to assure flawless acoustics.

“Good morning,” the audience returned without shouting, but reflecting her warm delivery.

Timing was essential. With food in their stomachs, significant blood flow would be shunted to their GI tract. This would decrease brain circulation and facilitate the ease of verbal sedation and suggestion–a tool of hypnosis. Each meditation session would be following a light meal as noted in the agenda. There was a mid-morning break, lunch, mid-afternoon break, and a wrap-up meditation moment.

“I want you all to relax. A motivation speech is ineffective in a tense group. Breakfast with your collective presence starts the process. Let’s continue to erase any stress from your transportation and journey here. You are here and your office is not here. Let any stress from your job remain back at your office desk. Relax. You’re here not there. Put all writing instruments down. Just listen and look. Look at me. Look at my face. Look at my lips. I am here and you are here. Relax. Everyone take a deep breath while mentally counting to ten. I’ll count aloud for you.”

Noire began counting, slowly stretching the beginning inhalation to the count of ten.

“Now have your mind count along with me as you exhale.” She counted slowly again. “Let’s do this again. Relax. Release thoughts of your workplace, your home, your hotel room. You are here. Let your eyelids get heavy and, in your mind, count again. Inhale.” She counted to ten for the breathing cycle.

Noire noted the eyelids getting heavy.

“Again, and let your eyelids close.” She counted more slowly. Carbon dioxide accumulation with the slow breathing would also favor hypnotic reception to occur. Noire repeated the sequence for two more minutes. “You will be receptive to our suggestions. The outside world will not impact on you today. Only today’s program will be your concern. When I tell you to open your eyes you will be totally focused on today’s presentations. You will remember the key motivation principles, which will stimulate your clients. By the end of the day we will all know each other as I know Roger Umbo.” She paused for five seconds. “After the next breath open your eyes. Your mind is here with your bodies.”

The audience once again visualized their comely speaker. “Please turn off all cell phones, pagers, and personal data assistants until you’re on your way back home.” Noire paused as she watched everyone comply. One person lagged behind the others. He seemed to be looking around to take direction. “I’ll now turn the agenda back to Dr. Ramses.” She walked from the stage as all eyes now followed Ramses to the podium. The audience was captured. All except one, Noire noted again.

Ramses continued on with his PowerPoint slides. He had watched Roger Umbo flinch and stare at Noire as she keyed his name. He would sensitize Umbo to his voice next–just before the break.

Dr. Daniel Gater was almost late to the start of the seminar. His hearing aid batteries were low and he needed replacements. He missed the wake-up radio alarm in his room and missed partaking of the breakfast set up at the back of the room. As a Professor of Informational Psychology at Princeton’s Harmon College, Gater was writing a book on motivation techniques. The seminar by Nehman Ramses was accredited and the man had a reputation for delivering an effective course. At least that’s what one of Gater’s former colleagues had told him, although he really couldn’t recall the man who gave him the seminar information. Gater’s specialty was directed at focusing the mind to processing information, and imparting it to others effectively. It was what one had to do as a teacher–as a teacher of anything.

Gater came in during Ramses opening remarks. He had heard some of the introductory verbiage, but his hearing aids stopped working when the attractive woman began the meditation exercise. Gater liked the idea of purging the mind from accumulated stress. He personally used opening humor to achieve open-mindedness for his lectures at the college. However, the priority item nagging at his mind was getting new batteries for his hearing aids. The thought would not be purged until he got them. He could read lips pretty well, but he was far back in the room and could only absorb bits and pieces of Alicia Noire’s presentation. One thing he didn’t understand was why the speaker singled out this Roger Umbo. He checked the roster of attendees. Roger Umbo was a production engineer for Wormwood Drug and Diagnostics.

Roger Umbo had received a dozen phone calls from Ramses and Noire two weeks before the Motivation seminar. Umbo’s area of expertise was drug packaging. He had all the machinery in place six months ago, when he first heard from Ramses. Wormwood’s new drug had a far better safety profile than its competitors. Launch of the product had received much press release and TV ad pre-marketing alerts. Only the calls by Ramses and Noire with her breathy-voice had caused him to make an adjustment to the final packaging of the pills. As an engineer he didn’t understand the need for the change. He also didn’t understand the urgency to do it. The CEO of Wormwood Drug leaped at the suggestion. Umbo recalled the CEO’s commentary, “The new pill containers would have a new-to-market design. It would enhance the novelty and safety of Wormwoods innovative medication for the FDA, pharmacies, and, most important, for patients.”

When Noire keyed his name something happened to his consciousness. Umbo became glassy-eyed. He was to wait for the next break and speak with both Ramses and Noire. He didn’t know why. Umbo didn’t question why. An inner voice told him he had to do this as it had done before arriving at the seminar.

Umbo had reacted robotically to all the phone calls. Now he was here in an assemblage of Pharmaceutical development professionals. It seemed important that he attend. And today both Ramses and Noire were calling him out. Umbo was most eager to meet with them at the morning break. But why? He had never heard of them before—not until six months ago.

“It’s Nehman Ramses, Mary. Umbo’s a hundred percent on track to make the manufacturing change. Wormwood’s drug is as good as delayed by a year. Your Wilson Medical Products formulation is guaranteed first approval at the FDA.”

Murphy smiled, “Once it really happens Nehman, Roger Umbo’s existence will be terminated.”

“Of course Mary.” Ramses hung up. He looked over to Noire and gave her a thumb’s up and toast gesture with his champagne glass.