The Dissonance of Postmodern Life 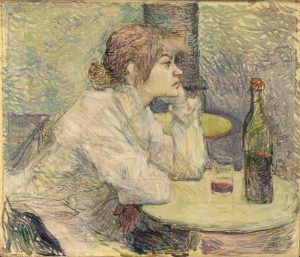 Is not the love of wisdom a practice of death? —Plato, Phaedo, 81 A

After the notion that God is dead has taken root, self-possessed people install themselves as the Godhead. Euphoria reigns. Drunk with the news that God is dead, narcissists rejoice, soaking up the most powerful aphrodisiac afforded to people in postmodernity: destructive self-indulgence brought on by secular messianism.

Man’s ascent to the thrown of God is a boost to the ego of people and institutions that crave secular messianism. Having invested their spurious hope in the here-and-now, the killers of God must now busy themselves with the annihilation of human reality. They are under the impression that the destruction of human reality effectively eliminates their responsibility and agency in adhering to the structural and essential architectonic of being a human person in a physical universe.

Yet all party goers must face the morning after; all revolutions must sooner or later settle on principles of governing, or ruling, as the case may be, after the pools of blood have coagulated.

Temporal nirvana is a perceived short-term solution—a narcotic—for people who seek emancipation from human reality. Values that work against innocence and the quest for transcendence ultimately consume life.

Debilitating boredom is the greatest killer of emancipation that has not been earned. That old ennui sharpens its claws and takes revenge on zealots who decry order, temperance, and tradition. What next? becomes their constant tormentor.

Boredom becomes an existential category when it becomes conspicuous; a lament over the inherent structure of human reality.

The quest to relativize the basic principles of human life destroys cohesion in human existence.

The question of progress in history is woven into the fabric of human history itself. It is part of human consciousness. But what exactly does progress mean?

Is progress merely a reflection of man’s material condition and well-being? Material progress often reflects man’s indelible quest for survival. Imagine man in pre-history fighting overwhelming odds of survival against the demands of physical reality. The latter is the epitome of human reality.

The existential longing that tries to assuage physical discomfort and suffering can be attributed to ingenuity and man’s ability to embrace human reality on its own terms. The latter places man in a position of relative control in relation to the background of human life: nature.

It is only when man understands himself as existing in high relief from nature that nobility of spirit becomes manifest as a value.

Progress as the Improvement of Human Nature

Or is progress to be taken in the sense that so-called progressives allege: the improvement of human nature?  Ironically, the progressive notion of history as progress in human nature has given the world massive doses of systematic violence, death, and State-sponsored destruction.

Even today, after an untold number of failed utopian pipe dreams for the last one hundred and fifty years, progressives remain ill-equipped to tell us what perfection of the human person means, what it entails.

Once the idea that man can be perfected is accepted as true, why not speed up the process through coercion?  That is the reason why alleged progressive notions of history must employ social engineers.

Is history linear, like a timed sporting event that must reach a resolution? In sporting events, everyone can verify the outcome. This is not the case in the progressive notion of history as linear.

Linear history has lots of evidence against it, namely, history itself. In a linear conception of history, not even Marxists and progressives who clamor for history as linear—the very people who argue for progress in human nature—can honestly vouch for the outcome.

How arrogant and preposterous it is to predict the future. The best that can be said about the future is that most people never learn from history and consequently they repeat their mistakes.

The praxis of a linear conception of progress in history serves progressives well, for nowhere along the linear trajectory of history is a resolution to the question of progress encountered. This is all the fuel that social engineers need in order to propose that only through further social/political constructs can man be perfected. This is what Marxists mean by perpetual warfare.

It is not difficult to see that everywhere along the trajectory of history, Marxists and progressives proclaim history new, a fresh beginning that strips history of the accoutrements we think of as informing the past: tradition.

On the other hand, the proponents of cyclical history can imagine a great wheel that man spins and that cannot stop turning—circularity being the best case that can be made for infinity.

As the wheel of history turns, thoughtful people pick up on some discernible marking in the wheel, as it were; the repetitive properties of history, and the structure of the nature of circularity itself.

The architectonic of cyclical history affords conscientious proponents of history as cyclical a clear-cut path to, and the ability to understand man’s nature, human reality, and, most importantly, predictability. This leads to the understanding of permanence as a value that pays allegiance to human reality as a bitter-sweet pill that man must swallow in order to attain contentment.

Cyclical history makes occasional inroads in material progress through the innovations and ideas of highly motivated individuals. This is considered the great man theory of history. This means that civilizations and culture ebb and flow according to the moral/spiritual make-up of its people. This proves to be the case in several essential existential categories.

The beauty and sincerity of the great man theory of history is the recognition that human history is created by people, not the coerced outcome proposed by social engineers.