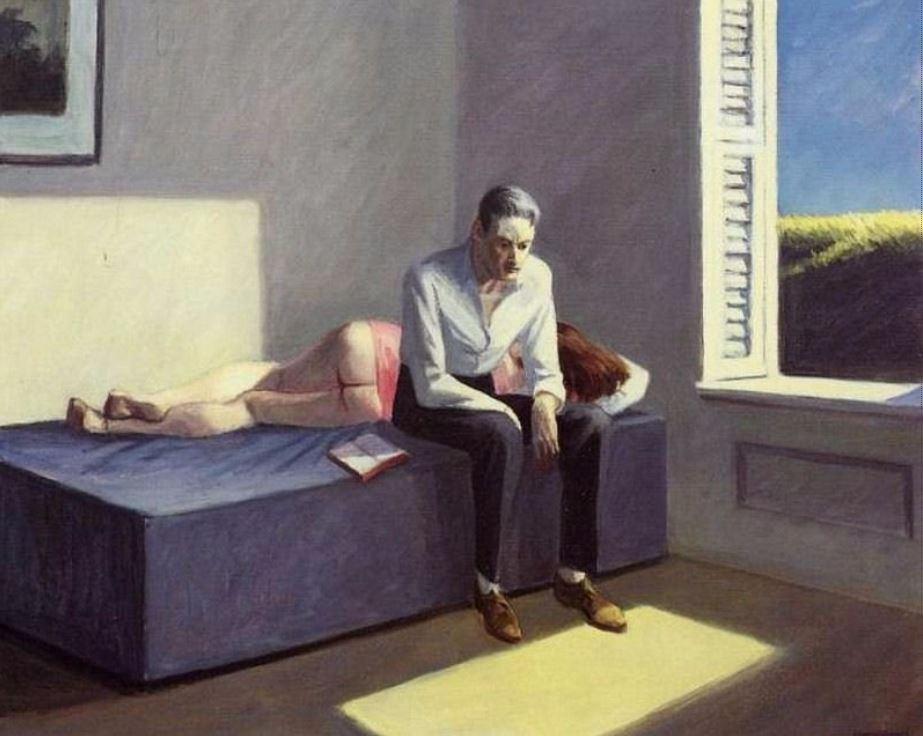 She lay languidly in bed, still naked, only partially covered by the bed sheet. He had already dressed.

“I have something for you,” he said, smiling.

Standing over her, he withdrew a rectangle of paper from his jacket pocket and held it before her eyes. She saw that it was a $100,000 check, payable to her. Her face flushed. Her mouth opened in an expression of shock, her eyes wide like those of a child at the sight of an unexpected gift. Though the sum was substantial, she was far from impoverished and had never had cause to worry about her security.

She sat up in bed, clutching the sheet demurely across her chest as if to prevent a stranger’s leer from falling upon her undraped breasts (rather an odd gesture, given the now long duration of their romance.)

“It’s yours, if you want it,” he said matter-of-factly.

Her face shone with glee. Then, after a few seconds’ pause, he added: “But there’s a condition attached.”

Her expression turned to one of confusion, tinged with worry. With the utmost tenderness, he stroked her cheek with one hand while continuing to hold the check before her in the other.

He looked at her intently.

“The condition is that we never see or speak to each other again.”

Her lips parted slightly, betraying both surprise and, perhaps, relief that the condition was not more onerous. She hesitated, as her gaze shifted from the check to his eyes and back again. She assumed a look of reverence, somewhat like a penitent in church. She looked down at the floor, then at him, and then past him, her hand held lightly over her lips, as if to conceal her expression. (The ambitious penitent—diligent in the performance of the rites of repentance—expects recompense in the form of absolution.) Looking down again at the floor, she whispered, almost inaudibly, “All right.” With that, she reached for the check slowly, one might even say tastefully, as if not to appear overeager. The bed sheet dropped from her chest, leaving her exposed. But just as her hand reached the check, he withdrew it with a sharp snap of the wrist. She was puzzled by this move, thinking, momentarily, that he was toying with her. He shut his eyes and heaved a deep sigh that made his entire body shudder, as a building might shudder during an earth tremor. Then, looking at her with weary disappointment and abject sorrow, he said: “It could have been yours . . . and so much more.” He put the check back into his jacket pocket. She didn’t yet understand what this meant, though in a few moments she would understand completely. He turned from her peremptorily and then, without looking back or uttering another word, he walked to the door, opened it, and left her apartment.