The Great Reset: Why Now? 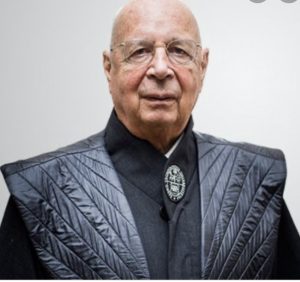 Ever since the globalist elites launched the biggest and most destructive psyop in recorded human history in March 2020, the airwaves and the internet have been clogged with theories as to why they did it, and why they chose this particular time to do it. We’ve all become familiar with the term “Great Reset”, as well as concepts like “digital currency”, “social credit system”, etc. All these are, to a degree, obviously correct, and there is no question that the billionaire class wants to dramatically increase its control over all of us – as well as, apparently, to significantly reduce the number of us it has to control. But why the need for a Great Reset at all? After all, the globalist billionaires and trillionaires were doing quite well out of the system even before they pressed the nuclear button in 2020.

The short answer to that is that they felt and feel insecure, to an almost paranoid degree – as would anyone who has stolen vast wealth off billions of other human beings. And that feeling of insecurity increased dramatically since the market crash of 2008. The growth of “populism” (we plebs might call it democracy, but what do we know!) in the aftermath of the crash and bank bailouts terrified the oligarchy in a way that has only now become apparent. The “populism” of the Right scared them (think Trump, Brexit, Orban, etc.), but, I would argue, the “populism” of the Left scared them even more. Yes, I know Bernie Sanders and Jeremy Corbyn (in UK) were more or less controlled opposition; they certainly weren’t the firebrand communists they were held up to be. Nonetheless, many of their supporters were indeed old-style communists and moreover spoke the language of old-style communism; yes, the Leftism not of the pansy New Left, which spends most of its time examining its genitalia, but of the old revolutionaries who want to take all the wealth off the rich and send them to concentration camps. Think here of the Occupy Wall Street movement, as well as the genuine open and uncontrolled anger of the general populace at the “bailing out” of banks in the wake of the 2008 disaster which left millions of working people homeless and jobless.

With the growth of this modern Left-wing populism, or rather the rebirth of the old bread-and-butter communism, the oligarchy witnessed the crumbling of an edifice they had spent many decades erecting: namely the edifice of the New Left, with its “special interest” focus; i.e., Feminism, LGBTism, genderidentity-ism; racism, climatism, etc.

That the New Left is largely a creation of the billionaire and trillionaire class may come as a surprise to some, but it should not. Consider the facts: If you are one of the said super rich – a group of perhaps two to three thousand individuals which owns about 90% of the world’s wealth – your attention is naturally focused upon neutralizing the most serious threat; and that, of course, is the radical Left. How then is the threat to be managed? The major technique employed has been to co-opt the debate within the Left itself; to subtly, by means of generous funding, shift the radicals’ attention away from bread and butter issues (i.e., the right to work and the right to a decent wage) towards special interest issues (feminism, gender identity, racial issues, etc.). Hence the massive funding of bodies promoting these latter by George Soros’ Open Society Foundation, Bill Gates’ Bill and Melinda Gates Foundation, and indeed by virtually the whole of corporate America over the past few decades. This process has been pursued in coordination with the introduction of a kind of limited socialism, or, more properly, welfarism. Here the elites have worked in cooperation (mainly) with the Democratic Party in America and the Labour Party in Britain to focus the attention of the working classes away from the old slogan of the “right to work” towards demanding the right to get stuff for nothing off the state. This has had the benefit of inducing a dependancy mentality within large segments of the working class (which has now become a kind of under-class), who are then less liable to challenge the existing order. It’s an old technique: The Romans – who gave us the word “dole” – called it panem et circenses; “bread and circuses”. And, taking a leaf out of the Romans’ book, the elites have not neglected the circuses part of the package. All kinds of entertainment and kicks have been made widely available: including some of the most addictive and debilitating of all, such as class A drugs (both legal and illegal), pornography, 24-hour television, social media, etc.

I do not, of course, put the blame, or credit, for all of this on a small group of obscenely rich individuals; things have perhaps been moving in this direction anyway, owing to massive changes in society brought on by advances in technology. Nonetheless, there is clear evidence that many of the most destructive developments have been actively encouraged by the elites.

Which brings us to our present situation. In a 2019 tour of universities in Europe, Steve Bannon argued that the future is (or was) populist. That populism might be right-wing or left-wing, but it would be populism. As proof of what he was saying, he pointed to the massive transfer of wealth which had occurred since the inception of “quantitative easing” by the central banks in 2008. Money-printing, and zero-interest rates, he noted, have benefited the wealthiest segments of society whilst further impoverishing the poorest. Almost none of the newly-printed money reached the working classes, while the stock-market boomed. Bannon, advisor to Trump and a known radical conservative, received an initially hostile reception in most of the campuses he visited; but the antagonistic students became invariably less so as his talks proceeded. It was clear that he was striking a sympathetic chord with the left-wing students who largely comprised his audiences.

What Bannon noted was by no means lost on the oligarchic elites. They saw the same thing. It is true, of course, that the World Economic Forum and the various other umbrella groups comprising the elites’ mouthpieces had long planned a “Great Reset” as they called it. As I mentioned earlier, possessing the kind of wealth these folks possess tends to make one a bit paranoid about losing it. So yes, there were contingency plans in place. And yes, a fake pandemic was to be the vehicle for launching the reset, which was, of course, designed to leave them in an unassailably secure position. That they chose the start of an election year which would likely see Donald Trump inaugurated for a second term is of course no coincidence. Trump himself posed very little real threat to them or their interests – other than temporarily halting the “outsourcing” of American industries to China and elsewhere, as well as erecting a few tarifs injurious to “free trade”. A slightly greater danger lay in the fact that Trump, as a radical “right-winger”, was liable to give birth to a radical left-wing opposition. But even that was not the true motive for choosing 2020. The real reason was that the American economy – and, by extension, the world economy – was by 2019 (after eleven years of massive money-printing) on the verge of collapse.

During the course of 2019 the Federal Bank made a couple of half-hearted attempts to raise interest-rates by about a quarter of one percent. On both occasions, it led to an immediate and catastrophic collapse in value of stocks and shares. Now the rich and powerful, as well as everyone else, were facing the result of years of monetary mismanagement. The banks had brought on the collapse of 2008; instead of making them pay for their criminality, they were “bailed out” with taxpayers money, and further rewarded for their bad behavior by the receipt of trillions of dollars of almost interest-free credit. Critics of the policy – and there were many – argued that this was simply putting a plaster on the disease and that the underlying problems would re-emerge with a vengeance. Only the next time, money-printing would not work. This was a piece of ammunition already used and spent.

Essentially, then, by 2019 the world economy was on the verge of collapse. It was floating in an ocean of debt and there was no way to save it, short of crashing everything. The problem for the elites was, how to avoid taking the blame in the eyes of the public, as they had taken it in 2008? How about declaring a “pandemic”, locking down or at least greatly impairing all economic activity for two years, and blaming resulting economic collapse on a virus?

And this brings us right up to date. The massive money-printing of 2008-2019, combined with the even greater money-printing of 2020-2022, is now producing the inevitable hyperinflation. The total collapse is now imminent; yet the world still functions, more or less! By this stage, the elites might have expected hundreds of millions of people to be waiting in bread-lines and homeless. It hasn’t happened yet, for the simple reason that the dollar has no real competitor. The other major world currencies, such as the euro and the yuan, are in an even more parlous state than the dollar. So, things carry on, sort of, for the present. Yet the collapse is indeed inevitable. This leaves the oligarchy with the same problem it faced in early 2020: How to bring on the collapse and avoid the blame? It looks now that the COVID-hoax will not do: The whole narrative is falling apart. Furthermore, the criminal behavior of large segments of the establishment, both in America and Europe, is becoming ever more apparent. If the collapse came tomorrow, it is likely that the populace would blame not a virus but the elites. So, the initial problem remains: How to stage a controlled crash of the economy and avoid the blame?

Frightened people do desperate things, and the elites are very frightened. One sure way to trigger the crash is to engineer a war – not a small-scale thing with a third-rate power such as Saddam Hussein’s Iraq – but a real big and dangerous war against a nuclear power; say Russia? This indeed is the way things are going, this seems to be the only rational explanation for the West’s deliberate “ramping up” of tensions over the Ukraine in recent months. Will the elites, and their puppets in Western governments and intelligence organisations such as the CIA, dare to launch a war with Russia? I think it’s not only possible but highly likely in the next few months.