The Man Who Bought Things in Threes 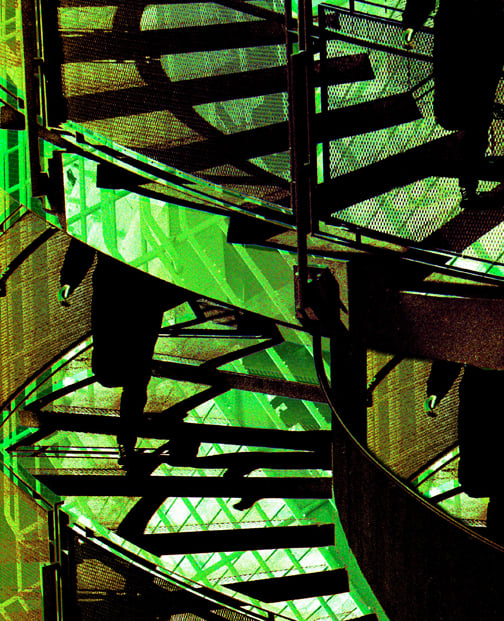 When we remember we are all mad, the mysteries disappear and life stands explained. —Mark Twain

hree quarts of milk, three small notebooks, three sixpacks of Tupperware. That’s what was in his cart the first time I saw him. I didn’t think much of it, but the next time, a week later, I did. He was putting his purchases on the rolling counter two checkout aisles over. Bic pens, Smucker’s strawberry jam, 32-ounce bottles of Coke, Bayer aspirin: three of each. I shook my head. The cashier saw me and smiled. A month later, the same thing, different items, all in threes. I looked for him every time I shopped, and probably saw him five or six more times over the course of a year before I moved away. It was always the same—he bought things in threes, random, disconnected things, like small Teflon-coated frying pans and Mad Libs, bananas and packages of coffee filters, African Violets, and toothpaste. One common thread was that many of the items were brand names.
If you’re wondering what he looked like, you won’t be surprised to hear he was thin, eyes pale, average height, short brown hair severely parted, black pants worn high at the waist, white socks, sneakers, white shirt with pens in a holder. When he bent his head to look at something, his wire-rimmed glasses slid down his nose and he was constantly pushing them back into place with his index finger. Other than that, he was placid, going quietly about his business as if everybody bought things only in threes. In the winter he wore a double-breasted pea coat and a hat with ear flaps. Of course I thought he was crazy. For that reason, I never approached him. It would be like asking a person in a wheelchair why they were in a wheelchair.
I moved two towns away and, immersed in my life, forgot about him until, that is, I saw him one day sitting on the steps of a three-family house. I was walking home from the bus and did a double-take, possibly a triple-take. I stopped and looked at him and he looked at me.
You moved three towns away, he said.
I thought about it. He was right, it was three towns, not two.
Do you know me? I asked.
Yes.
How?
You used to watch me.
I nodded. Do you still shop at the FoodTown in Caldwell? I asked.
Yes.
Silence.
I believe in structure, he said. Order.
I didn’t mean to stare, I said.
That’s okay, I was staring at you too.
Why all the brand names? I asked.
They’re comforting.
Did something happen to you?
You mean, was I born this way, or traumatized?
Yes.
Traumatized, but this is better than therapy, and cheaper.
I nodded. I couldn’t believe I was having this conversation.
There’s something else, he said.
What?
My furniture can only have one syllable.
What?
Syllable, he said. Unit of pronunciation.
Silence. He’s crazy for sure.
I don’t have a table, he said.
Silence.
But I have a bed, some chairs, a chest, a desk.
What do you eat off of?
My desk.
Are you . . . ?
Yes, I’m teasing you. It’s only the three thing.
I smiled, relieved somehow.
Do you play chess? he asked.
No.
I’ll teach you. We can play three games at once.