The Scourge of Buzzwords 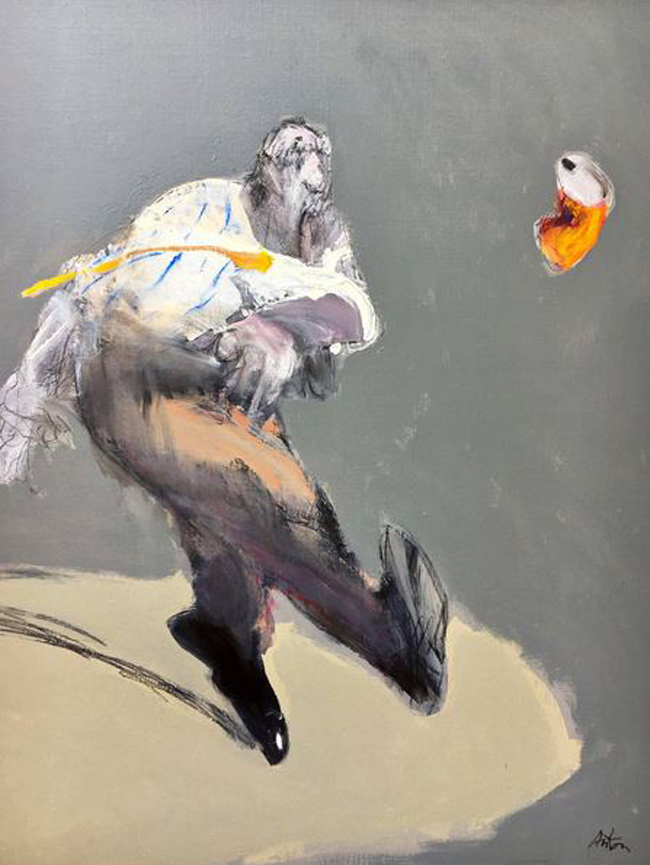 Every time I hear buzzwords on the radio, TV, or spot them in newsprint, I roll my eyes in despair and reach for my M2 flamethrower. Surely the ‘chattering classes’ can be more creative with their language? In fact, using such words tells us more about groupthink bondage than it does about their lack of creative writing. During the Irish boom of the early-noughties, the term ‘Celtic Tiger’ was used in financial reports like confetti at a wedding, if you’ll pardon the well-worn idiom. Thankfully, during subsequent booms it became less fashionable. It seems every era is guilty of irritating buzzwords. Here is a list of what I believe to be some common examples of annoying jargon, both in broadcast and print journalism.

Existential threat: It seems nearly everything now in the world where conflict lies is an existential threat, according to the ‘intelligentsia’. For the metaphorically challenged, the words conjure up an image of Jean Paul Sartre, dressed in black polo-neck sweater and wearing beret and sunglasses, about to mug Martin Heidegger, sitting in a Parisian café sipping coffee back in the mid-1950s. But for the luvvies of the ‘chattering classes’, it’s essential to use these words to remind listeners and readers that they are in tune with the linguistic zeitgeist. Just like the phrase ‘brutal murder’, such adjectives are tautological.

Kicking the can down the road: If ever a politician needed to be kicked down the road, it’s for using such a phrase that’s become hackneyed on a Himalayan scale. Why not avoid it and just used the plain word ‘avoid’?

Symbiotic: This used to be a term reserved for the fields of biology, from the Greek ‘living together’. Many biological organisms dependent on each other, or parasitic, are subject to symbiotic attachment. But the word made its way into the corporate sector, where almost every business relationship is symbiotic. One hardly thinks of the image of a Great White CEO running down the corridor naked with several staff members, like marine leeches, stuck to his body.

It’s not rocket science: The actress Emma Thompson recently said she is done with men who don’t know how to interact with women after the rise of the #MeToo movement. “Get a grip guys,” she said, “it’s not rocket science,” the Late Night star said in an interview with the Los Angeles Times. “You just behave with respect and courtesy.” Then, with a lack of respect and courtesy, she added: “Now shut up and get on with it.” I wonder what a rocket scientist would make of that?

Going forward: This irritating buzz cliché was at its peak during 2007/2008. During that time, I remember attending a meeting where an advertising manager said the following: “…And although we’ll be cautious by taking a step back, we’ll nonetheless keep on pressing forward, going forward.”

It’s a no-brainer: To say something is a no-brainer is to say it doesn’t need a brain to work out the issue at hand. Now, try doing that without your brain.

At the end of the day: There was a time during the late-1980s/early-’90s when a British soccer manager or player couldn’t string a sentence together on TV or radio without saying ‘…at the end of the day’. However, this annoying verbal Zimmer-frame tends to be exclusive to the UK. It would make a good title for a book on the history of British soccer.

Take a holistic approach: This conjures up an image of a hippy sitting in a New Age-decorated room surrounded by candles and burning oil scents. Why not just say, ‘let’s incorporate as much as possible’?

Brexit: A portmanteau of ‘British’ and ‘Exit’, it is arguably the most irritating, contemporary piece of jargon to both ‘Remainers’ and ‘Brexiteers’. For anyone who has just arrived back to earth from a Mars’ mission, it means Britain’s impending exit from the EU.

The explanation mark: Finally, not a word but a punctuation mark which is overused in social media messaging, advertising and some newsprint journalism. There was even a play, by Chekhov, written about this popular symbol, called The Explanation Mark. In the play, a civil servant tries to cope with the rules of grammar, thus he develops a paranoia in which every-day, domestic objects become threatening exclamation marks. Back in 2010 in the UK Telegraph, Celia Walden wrote: “As someone who is assaulted daily by armies of lines and dots, I am beginning to suffer from a phobia of my own. Check your inboxes: every other email, text and tweet is peppered with these expressions of admiration and wonderment, sometimes in tightly packed twos and threes; more often replacing every other form of punctuation (‘Hi there!!! Would you be interested in this!’). It’s the digital equivalent of ‘close talkers’, causing you to back away from the screen. Flyers and advertisements are scored with exclamation marks, while TV presenters, shop assistants and Starbucks baristas talk in them, upending their sentences with a sort of manic cheer.”

She goes on to say that in literature, excessive exclamation-mark use has always been considered a hallmark of bad writing, denoting, as it does, an excitable nature not easily reconciled with the desire to be taken seriously. But wasn’t James Joyce prone to overuse of this punctuation mark?  In the words of Scott Fitzgerald: “Cut out all those exclamation marks. An exclamation mark is like laughing at your own jokes.”

The above are a just a few examples of tiresome buzzwords used mainly by politicians and journalists. But social media can be equally irritating. From Facebook to Twitter, any lover of the English language would not be inclined to ‘LOL’ but weep in despair at the lack of creativity. How does all this compare to the texts in the Bible? The late atheist Christopher Hitchens paid tribute to the language used in the King James Bible. He said: “A culture that does not possess this common store of image and allegory will be a perilously thin one. To seek restlessly to update it or make it ‘relevant’ is to miss the point, like yearning for a hip-hop Shakespeare.”

Hitchens added: “‘Man is born unto trouble as the sparks fly upward,’ says the Book of Job. Want to try to improve that for Twitter?”

“Though I am sometimes reluctant to admit it, there really is something ‘timeless’ in the Tyndale/King James synthesis,” said Hitchens in his commentary featured in Vanity Fair. “For generations, it provided a common stock of references and allusions, rivalled only by Shakespeare in this respect. It resounded in the minds and memories of literate people, as well as of those who acquired it only by listening.”

A year later in 2012, Hitchens atheist friend, Richard Dawkins, said he supported the Department for Education’s drive (by the then secretary, Michael Gove) to make sure every public school in the nation has a copy of the King James Bible. “A native speaker of English who has never read a word of the King James Bible is verging on the barbarian,” said Dawkins in a column for The Guardian. Despite remaining a non-believer, the biologist said he would have donated to the cause had he been given the opportunity to do so. Richard Dawkins would’ve donated to the cause? There is a God! (Pardon the exclamation mark.)