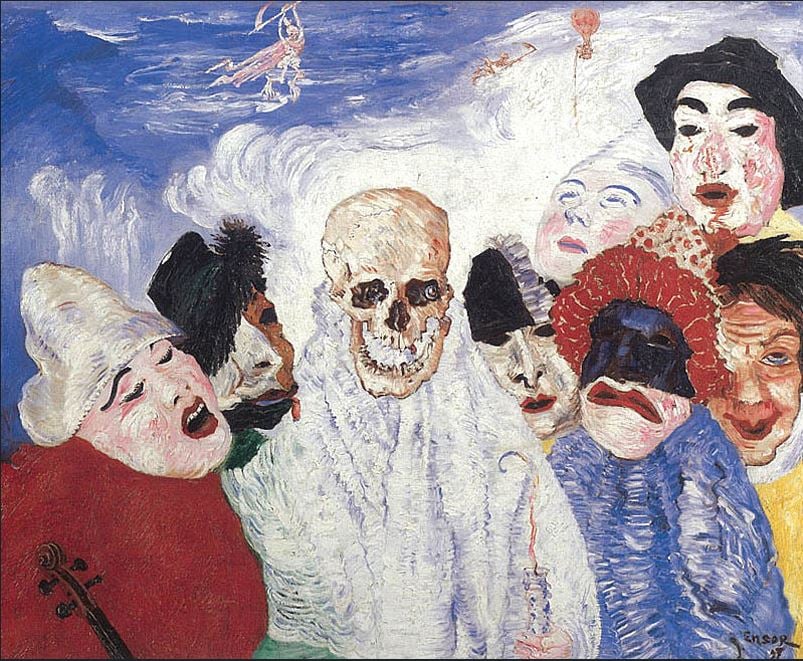 Remember when Jacob Rees-Mogg (the British Conservative MP) was stopped from speaking by students in February this year? Those students yelled “Tory fascist”, “fascist scum”, “sexist, “homophobe” and “Nazi” at an elected politician. Now aren’t those words highly original? No, not really. You’d think that these students would have become a little self-conscious about using these left-wing cliches and soundbites. Though since the left-wing (or “radical”) politics of student life is effectively a middle-class rite of passage, and because all rites of passage must take the same form, then these actions are hardly surprising.

Most left-wing students dress the same; act the same; and, more importantly, think the same. They are extremely tribal. Hence the middle-class rites of passage they indulge in at university.

The Far Left isn’t concerned with debate. It’s concerned with obliterating alternative political views. It often does this with violence; or, sometimes, with the “no platform” policy which has often been in force in British universities for some time. (It has only ever been applied to what’s called the “Far Right”—never to the “Far Left”.) This policy was established by the National Union of Students in the early 1970s; under the strong influence of the International Marxist Group (IMG) and International Socialists (IS). It’s been used to ban a whole host of speakers, groups, and even academics. Some well-known recent cases (the lesser known cases are ignored) include feminist and writer Julie Bindel, Germane Greer and Peter Tatchell.

What happened to Jacob Rees-Mogg has happened countless times in our universities since the 1960s. It’s been happening since the Radical/Far Left has been attempting to create a “hegemony” in all these “Gramscian institutions.” (Sometimes this has been very successful.) All sorts of people have been the victim of such left-wing violence, intolerance, and political conformity: academics, MPs, politicians, political parties, political, religious and social groups, individuals, etc.

One example of all this which always stuck in mind dates way back to 1978 and concerned the biologist, researcher and naturalist, E.O. Wilson (who, politically, is a liberal). His case also parallels the left-wing intolerance of Steven Pinker (he’s also a liberal who’s donated money to the Democratic Party), and the Canadian clinical psychologist and professor of psychology, Jordan Peterson, today.

E.O. Wilson’s book, Sociobiology: The New Synthesis, was published in 1975. It rekindled the ancient nature-vs-nurture debate. Predictably, Wilson was accused of “racism,” “misogyny,” “fascism,” and even sympathy for eugenics.

Not surprisingly, this led to one incident in November 1978 in which E.O. Wilson was physically attacked (during one of his lectures) by members of the International Committee Against Racism, a front group for the Marxist Progressive Labor Party. Ironically, Wilson said:

I believe . . . I was the only scientist in modern times to be physically attacked for an idea.

What Wilson said is false; as the example of scientists in the Soviet Union, for one, shows. In the 1960s, other American scientists and academics were also victims of left-wing violence and intolerance. (As can be seen in the ‘Political Scientists’ chapter of Steven Pinker’s book,The Blank Slate: The Modern Denial of Human Nature.) However, Wilson later said that he was very politically naïve at the time and had no idea that he’d be attacked by the virulent and intolerant Radical/Far Left.

So, bearing all that in mind, I wonder if professors, academics and other left-wing supporters (whether passive or active) of all this believe that it’s a good thing that so many students are politically conformist, intolerant and violent?

Is it a good thing that being left-wing or a revolutionary socialist is a middle-class rite of passage for so many students between the ages of 18 and 25?

Is it a good thing that so many right-wing academics, groups and individuals have their talks and seminars banned and have also even been the victims of physical violence?

Do they think it’s a good thing that many university departments are effectively Gramscian institutions and that this has been the case going back to the 1960s—for some 60 or so years?

All this is nothing new. It has a history.

In the Germany of the 1930s, Hitler Youth and other young Nazis ruled the roost in German universities. Indeed all academics were Nazis; although some were only nominally so.

Under Chairman Mao (in the 1960s) we had the young Red Guards who terrorised the university campuses and enforced their political will on all students and indeed even on professors, academics and their parents.

And today (in the UK and US) we have Antifa, Black Lives Matter, Momentum, Unite Against Fascism, Hope Not Hate, the Socialist Workers Party, etc. who, in their fight for tolerance, peace and open-mindedness, indulge in extreme intolerance, violence and closed-mindedness.

Yes, it all sounds terribly familiar. Yet to those deeply embedded in university environments (in which being Leftist—or at least being liberal left—is de rigueur), it will all seem so terribly normal and acceptable. Of course it will.