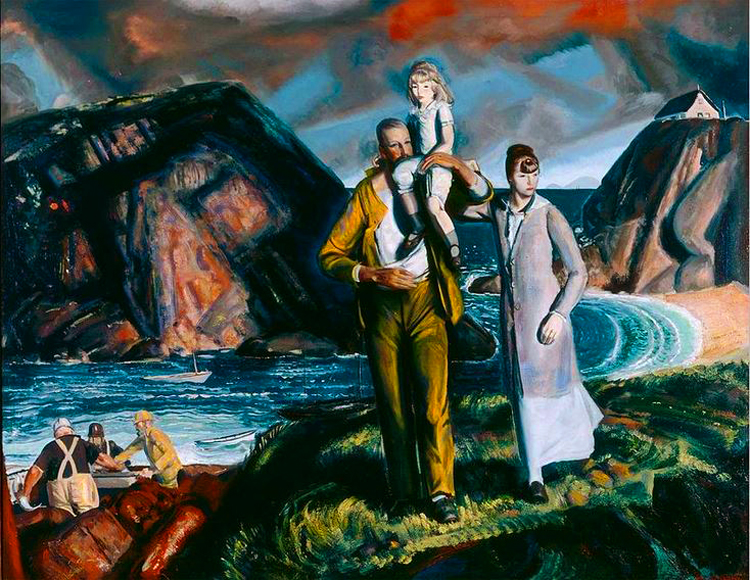 Dedicated to all Alzheimer patients and their committed caregivers.

George rose up from a restless sleep, looked out the window, and gazed at the clock on the night table. It was part of his morning routine.

“Still dark? The sun should be up now. It must be the time change–happens in late October every year.” He spoke to her side of the bed. His wife had been dead for several years now. “Or was it only one. Katherine, you used to like the sunrises too.”

“As long as I’m up, I might as well make breakfast.” After George adjusted his clock, he looked at his reflection in the dresser mirror. He appeared the same every morning–his hair was mussed and he needed a shave. Since Katherine died, he liked talking to another live person, if possible, even if it was only himself. He walked next to the dresser and put on the clothes set neatly over the small valet.

“Have to keep some clothes right by the bed in case of fire. You never know when you might have to run out of the house.” He talked while he put on the clothes from yesterday. “No sense changing the underwear right away if I’m goin’ to wear the same sweater and pants again.”

George didn’t consider himself as lazy but “without Katherine, why not get some more mileage between clothes changes.” He turned on the teapot and put together Special K®, skim milk, a piece of toast with butter, and one vitamin pill. George had adapted to retirement and actually liked the one-day-at-time agenda.

The Post-It® note on the refrigerator kept the tally on the mileage for his teabag. “So far we have six days on you.” George talked to the now yellow-brown tea bag. “I forget what my record is, but let’s date this sheet and go for number seven.” The sky was now gray-to-slight orange.

“Finally.” He checked his watch. “Almost 8-o’clock, damn, I hate it when they don’t remind you to move the clocks back.” He opened the front door and grabbed the plastic-bagged newspaper.

George went right to the insert for the shopping sales. “Ah, here it is–Radio Shack. Good, a sale on all batteries for miniature devices including hearing aids. God is good, Katherine. I need new batteries and the Lord tells me about the sale. Well, today’s Sunday and they open at ten. I’ll read the rest of the paper and still get there early…have to get a good parking space, and I hate to wait in line. You remember that, don’t you Katherine–you don’t like lines either.”

He considered shaving and opted for just brushing his hair. George opened the garage door manually. “Everything costs money even you.” Of inanimate objects, electronic devices with the potential for vitality could also be spoken to. “Operating electric garage door openers costs money and I need the exercise. You don’t want me to go to fat do you, Katherine?”

George pulled into a parking space at the strip mall. “Hardly anyone here and it’s 10:30. You’d think that everyone would take advantage of the sale, especially on a Sunday.” He went to the Radio Shack door, paper-in-hand. It was locked. He banged on the door and peeked through the sun-reflecting glass with his cupped hand over his brow. “It must be the time change.” With the sun bouncing back from the door, George could not read the small handwritten file card that announced a noon-time opening for the store today.

“Well, I’ll just get some gas at that cheap Hess® gas station over on Forest Ave and return later.” He got back in his car. “God, I can’t understand the cost of gas–so damned high. Excuse my language Lord, but I’m retired remember?” He waited in line at the gas pump. “Everyone wants to save even if it’s only a few cents-a-gallon difference, right Katherine?”

George looked at his watch again. “11:30, I think I’ll try the Radio Shack at the indoor Grove Mall now that I’m closer to that store.” He parked his car and counted the number of spaces to the handicapped spots. “Eleven spaces, maybe I should have waited at the other place. Oh hell, I’m here now.”

George had the Radio Shack man install the new batteries and walked down the main mall corridor adjusting his hearing-aid volume level to the soft-rock mall music.

George looked at an elderly couple Mall Walking and spoke, “Why can’t they pipe in classical music or music of the ‘40s?”

“You’re absolutely right.” The man smiled, nodded in agreement and walked past him.

“What are they hurrying around here for? They’re just going in circles.” George looked at their backs as they power-walked away. He went out to the parking lot, satisfied with his hearing-aid function.

“Nine . . . ten . . . eleven.” George counted back from the first handicapped spot. He had written down the number of spaces. “Where the hell is my car?” Panic set in. “Stolen! Someone has stolen my car!” The car was definitely not there. George went back into the Mall and hailed a Security Guard. He grabbed the man’s sleeve.

“My car, they stole my car.” George pointed to the mall entrance door.

“Did you remember the space you parked in, Sir?”

“What kind of car? Let’s have the make, color, and the plate number. I’ll call the parking lot patrol.”

George remembered everything except the plate number. The security pickup-truck driver arrived with his yellow dome light flashing.

“No, I want the police.” George went back into the mall and dialed 911 on one of the few pay phones. A teenager with tongue, eyebrow, and nose jewelry tapped him on the shoulder.

George was startled. He looked at the spiked-haired teen and yelled into the phone. “Help, I’m being attacked. They got my car and now I’m being assaulted.” He dropped the phone and went into the nearest store.

“Help, he’s after me. They stole my car. They’re trying to rob me. Get the police.”

“Sir, you’re creating a disturbance. You’ll have to leave.”

“If you don’t do something right now, I’ll get you to call the police.” George began grabbing and throwing merchandise from the display racks.

“Security? Get over here. I have a crazy man grabbing clothes from the bins and racks and disrupting everyone. He looks violent. You may have to get the police. Yes–Victoria Secret. Please hurry.” She hung up the phone and ducked behind the cash register.

A security-man and a police officer arrived and took George away.

At the police station, George was in tears. “You don’t understand. They took my car and tried to assault me at the pay phone.”

The Station Officer went through George’s wallet. “I have your address and phone number, but no one answers.”

“My wife should be there. No wait, she’s dead.”

“Dead? When? How? Please calm down, Sir. Tell me what’s happened.”

George looked at his watch and then at the station clock. There was an hour’s difference. “The time change—you didn’t set your clock right.”

“Sir, please tell me about your wife.”

“Katherine? You know Katherine? How could you? She’s dead.”

The policeman phoned a colleague who gave immediate advice. “It could be an elderly homicide. Depression can lead to killing a loved one before a suicide action.”

A patrol car was sent to George’s house and the report was phoned in. “Sir, there’s no one in your house. Your wife isn’t there. A neighbor gave us your daughter’s phone number. She’s on her way in.”

“My daughter? But she’s only fourteen. How can she get here? Did they find the person who stole my car? What about that monster with the tattoos and nose-ring? Did they get him?”

George was now pacing in a holding cell as another police officer walked toward him with a woman in her late thirties.

“Joanne? Joanne?” George looked into her face. “Joanne, yes, Joanne something terrible’s happened. They stole my car and tried to rob me.”

“No Dad. They found your car. You didn’t remember where you put it. You’re coming home with me.”

“I should be going home to Katherine. No. She’s dead.” George started to cry.

Joanne signed the release form. “I’m afraid it’s time for my dad to get into an assisted-living facility. If there are any damages, I’ll take responsibility.”

“Dad has Alzheimer’s Disease. Anything that alters his routine gets him confused and disoriented.” She wrote in the time on the indicated space.

“You have the wrong time, ma’am. We had the October time change, remember?”