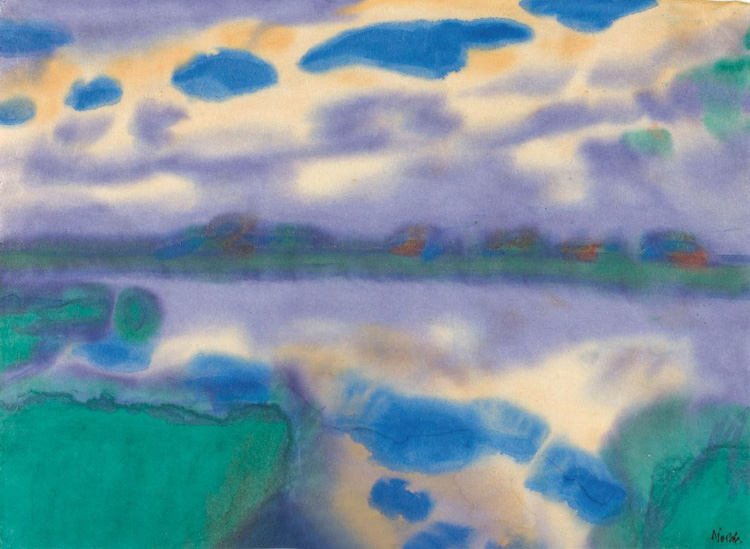 The surface unfolded and refolded in our sight
As the waves beat froth against the wide gray shelf,
Each droplet cast up and made gold in the light—
The climactic thoughts of the lake’s vast self.
It was strange to discern its varied voice
Now like a low moan and now a sound of mirth:
The lake seemed to warn us and then to rejoice
Casting a cry to un-awakened earth.
We laughed helplessly at each jet of spray
That suddenly misted over the trail
And peered at the crevice cut along the way
Where wind made noise like the song of a whale.
Impressions found the heart and the heart believed—
A message given and a message received.

The months whittle down to the ragged end
A stick broken off from the Tree of Life.
The old carver works not to break or bend
Carefully applying that well-whetted knife.
So much of life is in what’s cast aside—
Foraged from the rubble, the brush, the wreck.
We gather odds and ends left by the swelling tide,
Misshapen souvenirs of our inward trek.
We live in pieces that serve to remind
Of a primordial fracture from the long-lost whole:
A ball of yarn that quickly rolls to unwind
Or ancient roots torn-up to leave a hole.
We shudder in that knowledge, beholding alone
A broken branch or a fragment of bone.

Your disgrace was published on a glowing screen—
The destitute slave drunk in Ramadan again.

You’ve been truckin’ and travellin’ for far too long
Shine God’s shoes til the graveyard blues are gone again.

You’re a king in exile, enslaved in a dream,
Checkmated by the pawn again!

God’s hidden card flashes from inside His sleeve—
He’s playing the long game, the most elaborate con again.

Samuel breathes on the train window and writes the Highest Name—
Tell the Station Master, “Turn your light on again!”

__________________________________
Sam Buntz a legal writer and part-time freelancer based in Chicago.He’s been published in The Washington Monthly, along with articles in Fare Forward and Pop Matters, The Stonefence Review, and in the now-defunct The Fossil Record.