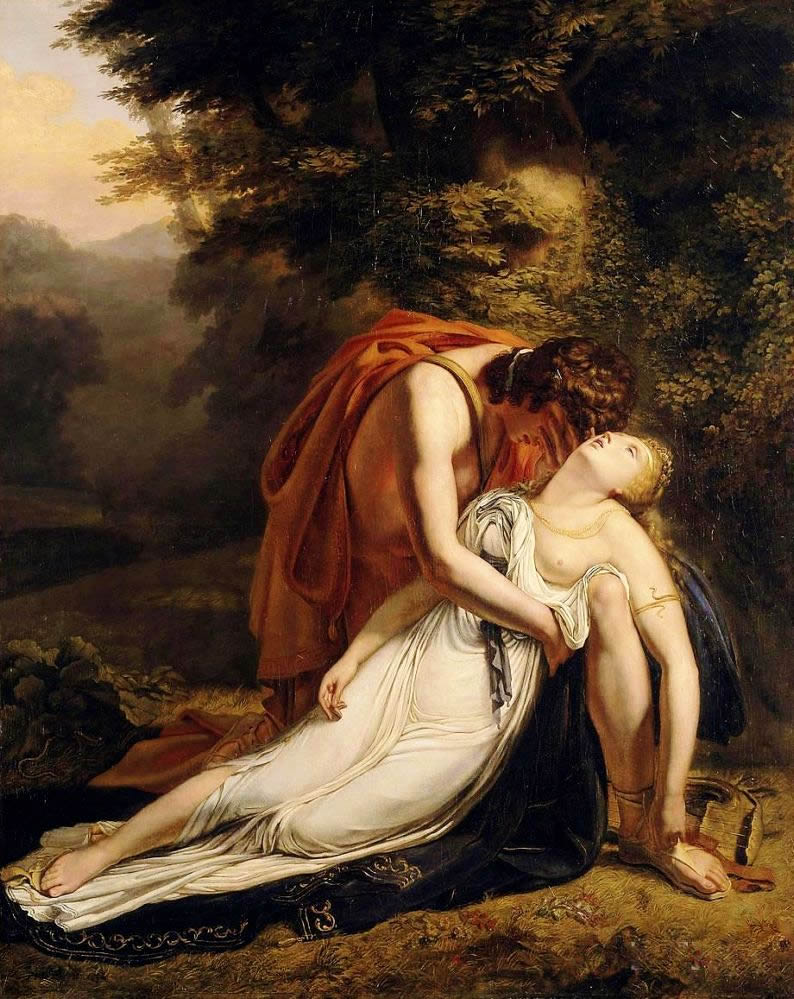 Leading her out of Hades
Orpheus mustn’t, seeking
to change her in the least,
dare look back at Eurydikē.
It’s about the poet trusting
the song. Rilke, Nietzsche,
Heidegger & Co. were wrong.
The archaic Hellenes simply
meant: beware the might-be’s
of the advancing beast.

“Everything is what it is, and not another thing.”
—Joseph Butler, Fifteen Sermons Preached at the Rolls Chapel (2nd ed., 1729), Preface

Each thing is what it must be
and not some senseless simile
Bishop Butler opined in 1729.
The point he stressed is fine:
consign your philosophic health
only to pragmatics that agree
as such—which nothing does much
that’s not, needless to say, itself.

“Dying again, Eurydikē could complain naught of her consort but his love.”*
—Ovid, Metamorphoses 10: 60-61e

Justice–speaking broadly—
is femininely portrayed.
Don’t sell her balance short,
fates to those scales resort.
Orpheus, by love betrayed,
was in the end dismembered—
head still singing, remembered
—in some wild women’s sport.

*Iamque iterum moriens non est de coniuge quicquam / questa suo: quid enim nisi se quereretur amatam? (ed. Hugo Magnus, 1892)
Cf. Arthur Golding (1567): “Shee dying now the second tyme complaynd of Orphye naught. / For why what had shee to complayne, onlesse it were of love . . . ?”
Cf. Brookes More (1922): “Dying the second time, she could not say / a word of censure of her husband’s fault; / what had she to complain of — his great love?”